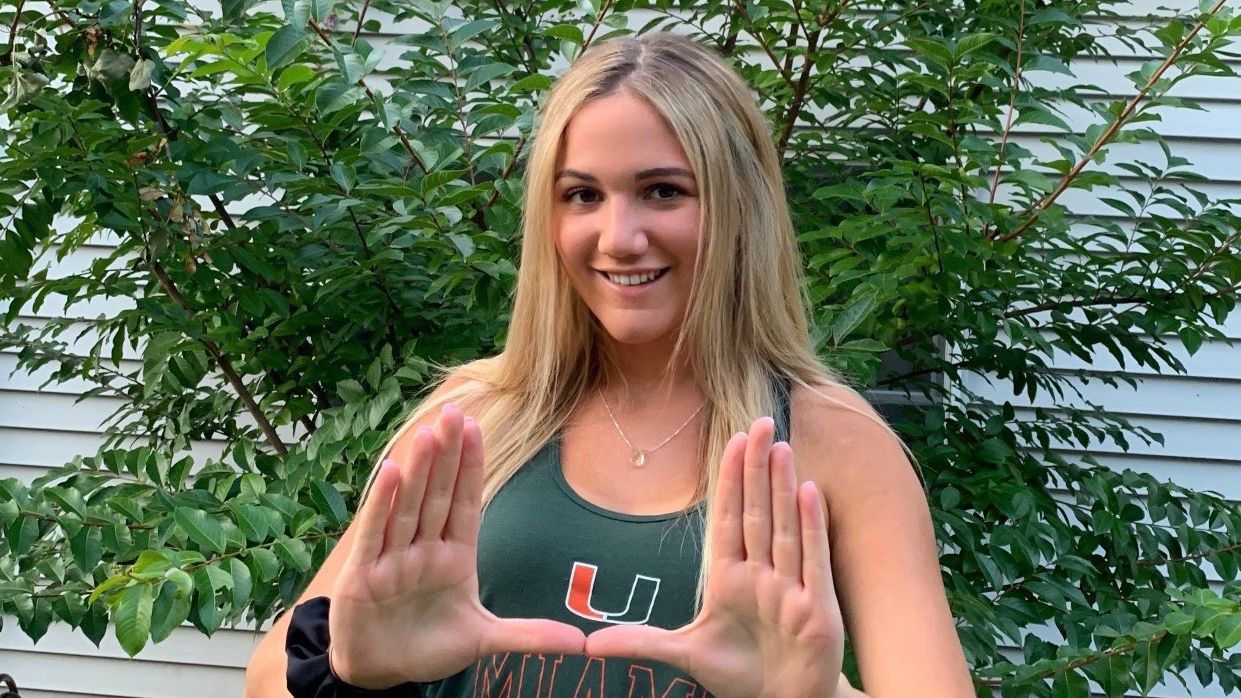 Morgan Fell In Love with The U

“It was different than any other sport that I had ever done.”

That is how incoming freshman Casey Morgan described rowing and why she got involved in the sport.

Morgan grew up a big basketball player but, when she found out that her high school had a rowing team, she decided to give it a go.

“I liked the concept of eight girls working together instead of solo, like say in cross country,” Morgan said.

The Huntington, N.Y., native threw herself into the sport of rowing, working to get faster and better each day. Because of the difficulty of getting eight rowers in sync, Morgan admits that there are bad days, but she explains that you have to “brush them off” and move forward.

Morgan is moving forward in her rowing career, joining the Canes on the water in the fall. The freshman found The U through her high school coach, who had mentored current Miami rower, Gabrielle Lavoie. Morgan made an official visit to Miami and instantly fell in love.

“The athletic facilities at Miami, the location where they rowed, the girls and the coaches were amazing,” Morgan said. “It was honestly everything.”

When she gets on campus, Morgan is looking forward to building friendships with the team and working to get faster on the water. Her dedication and determination are traits that will help her excel at Miami.

“Casey has a great ability to push herself and stay individually motivated while training alongside her teammates,” assistant Coach Claire Frenkel said.

Off the water, Morgan will be majoring in nursing, following in the footsteps of her mother, who is a nurse.