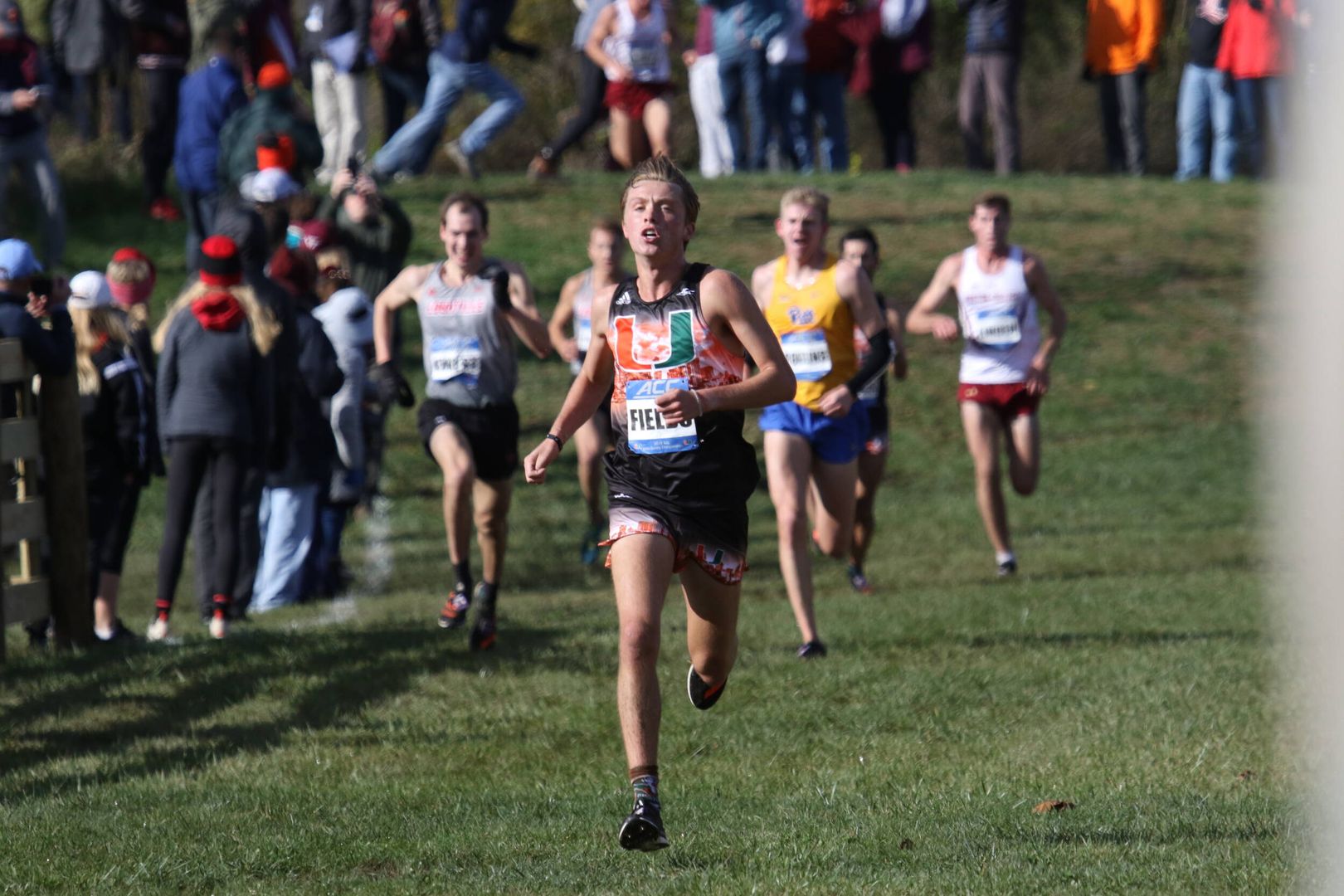 Best of Both Worlds for Fields at Miami

by Ashley A. Williams

Freshman Dillon Fields describes being a ’Cane as having the best of both worlds.

In fall 2019, the Fredericksburg, Virginia native was recruited by the University of Miami to compete on the cross-country team, and simultaneously enrolled in the Army ROTC program.

“Listening to my dad, who was an ROTC cadet at Virginia Tech University, and his best friend, a Navy veteran, tell their stories growing up made me want to serve at some point in my life,” said Fields, a business major who plans to concentrate in management. “Coming here, I had the perfect opportunity to do two things that I’m passionate about.”

The mission of the ROTC program, under the purview of the office of Undergraduate Education, is to mold young Americans into leaders as commissioned officers, according to the UM ROTC website. The voluntary training gives students, also referred to as cadets, the chance to qualify for an officer’s commission in the Army while completing their college education.

Over the summer, The Southern Strike Battalion, of which the University is now a member of, gained a new Lt. Col. Heath Papkov, who has served over 21 years in the military, more than 18 of those years as an officer. The Battalion is one of the most diverse in the nation, as it encompasses a total of nine South Florida institutions. The University of Miami and Florida Memorial University make up the Battalion’s Hurricane Company.

“I set the foundation and the guidance to the team on how we train to make sure that the students in our program are set up for success,” said Papkov, a career, active duty engineer officer with five deployments, including combat tours to Iraq, Afghanistan, and Kuwait. “As the director, I manage and trust and rely on the staff to be able to execute that.”

Including Fields, there are currently 15 cadets enrolled in the program and Papkov, Capt. Jordan Brought, assistant professor of military science, and Sgt. 1st Class Daniel Hellmann, military science instructor, are working diligently to see it grow.

“When it comes to UM, once the students understand what the program is, you’d be surprised in how quickly they become interested in joining the program,” Papkov said about the misconceptions surrounding the ROTC program. “Many believe that we are no different than the recruiter that they see in the mall; that we are going to take you to some basic training and infantry school and then you’re enlisted in the military. The officer corps has been designed for years and there is a separation to an enlisted side of the house and the officer side of the house.”

An average day for Fields is “crazy long.” He wakes at 5 a.m. for cross country and track practice, recovers for 30 minutes and makes his way to 1551 Brescia Building for his military science elective course and physical training. After that’s completed, he eats lunch before heading to class again.

“My day doesn’t end until the sun is down,” said Fields. “But I wouldn’t have it any other way.”

The ROTC courses are elective during a cadet’s first- and second year of participating, and can be applied toward the total course requirements of a major. Subsequently, students who meet both academic and ROTC class requirements, could be rewarded a partial or full scholarship for each year in the program and would have the option to sign a contract that binds them to pursue a career with the National Guard, active duty, or reserve duty upon graduation and commissioning. Once commissioned, the cadets come out of college as second lieutenants.

“It’s not what you see in the movies,” said Brought. “You can be a physician; you can be in finance; there are many different paths you can take.”

For Fields, his motivation comes from men like Papkov, Brought and Hellman as he hopes to one day serve the country as they did. He said he looks up to each of them as leaders and respects their individual paths that led them to attaining “super respected” positions in the military.

“I don’t know where my running career will take me, but I will work as hard as I can,” said Fields. “After that I plan on doing my four years of active duty. If I get my way, I would really like to attend flight school and be a pilot in the military. Eventually, I hope to make my way into the business world.”

Until then, he will continue to have the “best of both worlds” and learn all that he can.

“Between this program and being in an athletic program at UM, it is really preparing me for my future career in whatever that may be,” he said. “I am being well prepared for anything.”

For more information about the ROTC program visit their website.