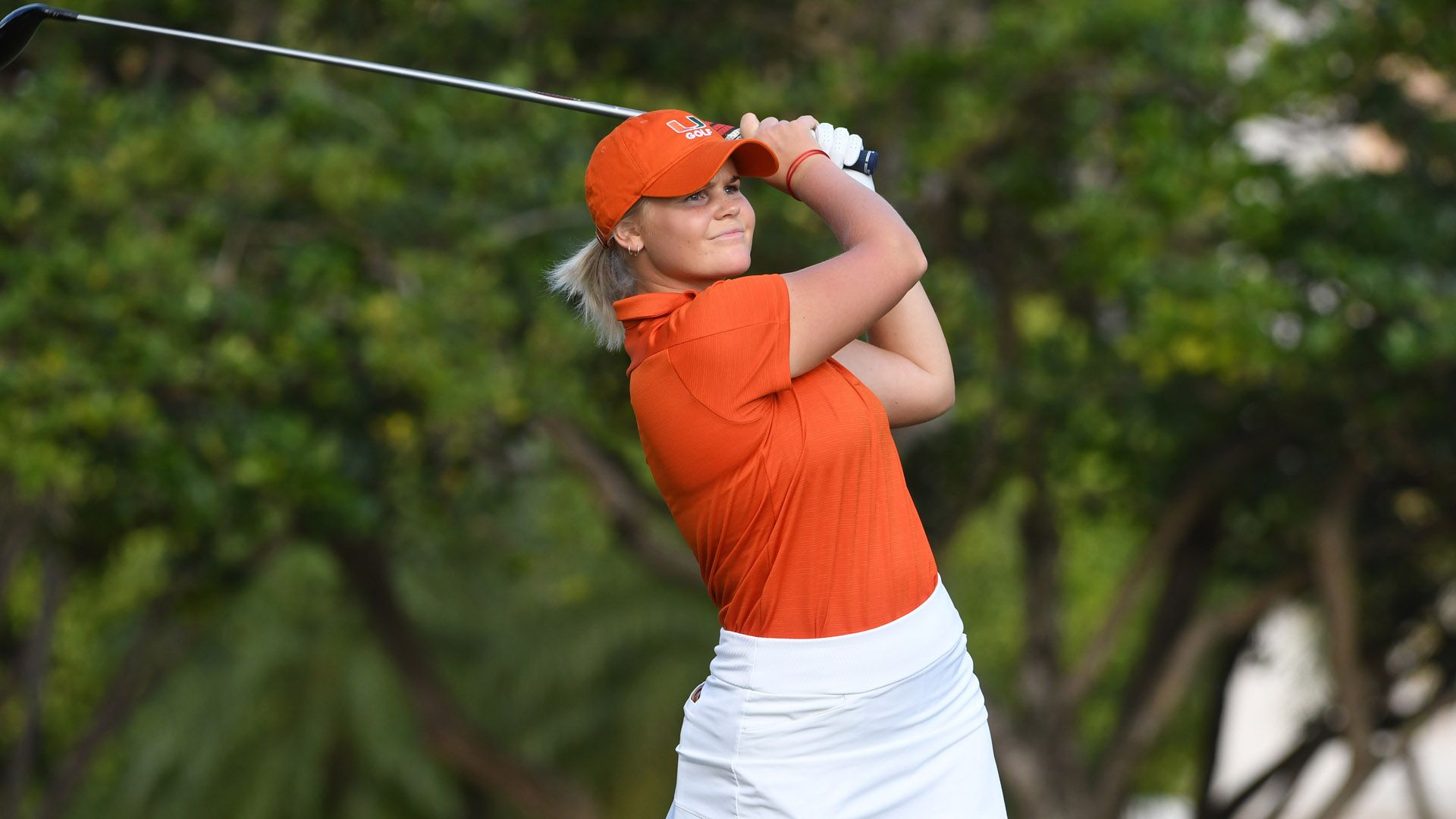 The criteria for selection to the All-American Scholar Team are some of the most stringent in all of college athletics. The minimum cumulative GPA is 3.50, while student-athletes must also compete in at least 50 percent of cumulative rounds of competition.

Frydlova, who is majoring in biochemistry with a minor in psychology, finished the 2019-20 season by competing in all 20 rounds during her junior campaign at Miami. In addition, the Prague native ranked second on the team and seventh in the ACC with a career-best scoring average of 72.15.

Through six semesters, the three-time WGCA All-American Scholar owns an exceptional 3.946 cumulative GPA and has made the Provost’s Honor Roll in all six of her collegiate semesters, as well as earned President’s Honor Roll accolades three times.

After joining the Hurricanes as an early January enrollee at the start of the 2019 spring season, Backman continues to add to her impressive resume. One year removed from capturing her first collegiate title at the 2019 UCF Challenge, the Vaaksy, Finland, native garnered her second with a seven-under-par performance at the Allstate Sugar Bowl Intercollegiate in February. Overall, she finished the 2019-20 campaign with a 72.80 scoring average through 20 rounds of competition.

In the classroom, Backman is pursuing a bachelor degree in psychology and has earned a spot on the Provost Honor Roll twice, as well as earned President’s Honor Roll accolades once.

In her first season as a Hurricane, Sliper registered a 3.914 GPA after earning Provost’s Honor Roll accolades in both semesters and President’s Honor Roll once. On the green, the Stavanger, Norway, native secured the start in 17 rounds of competition and finished the year with a 75.67 scoring average.