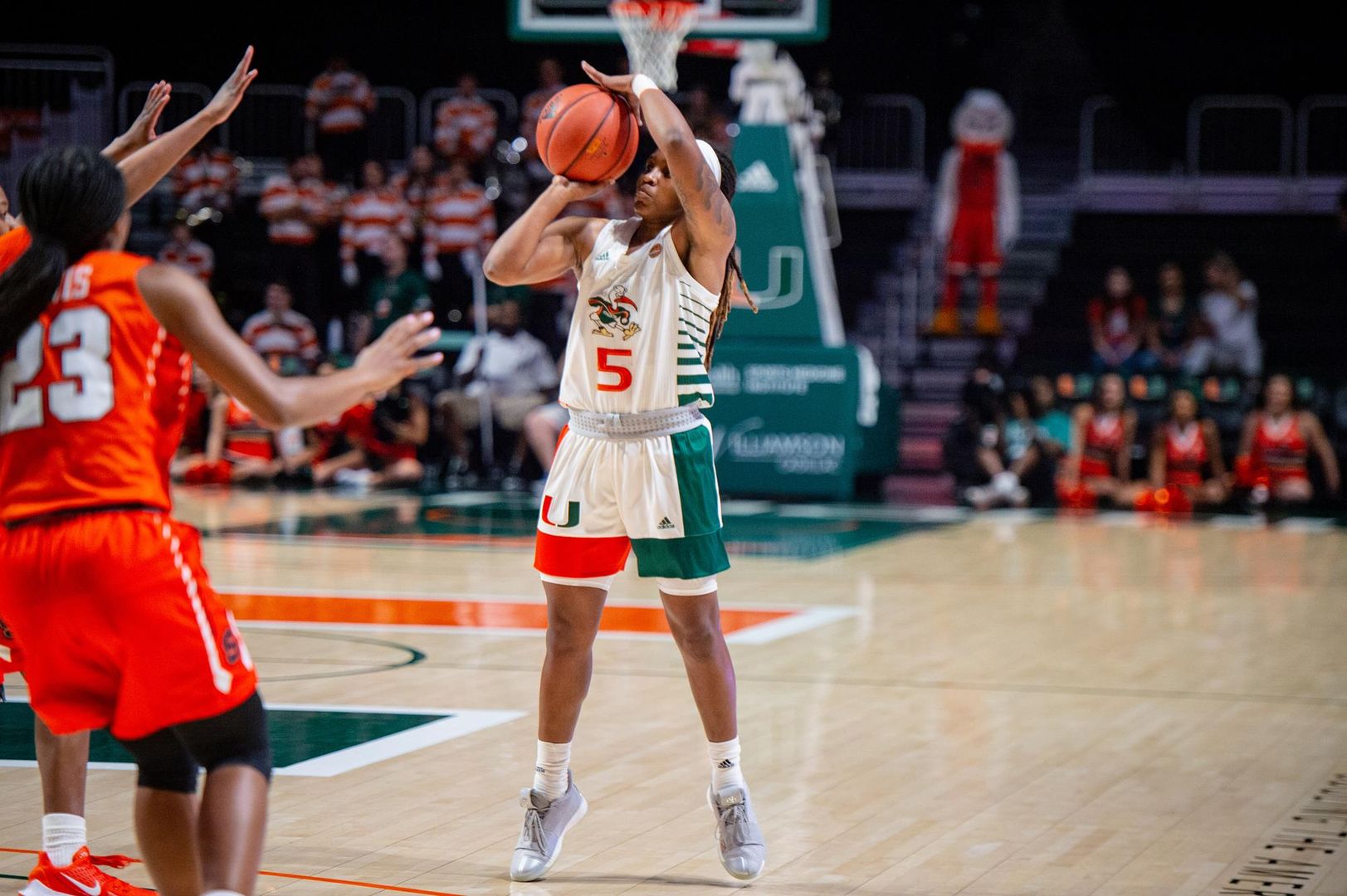 CORAL GABLES, Fla. – The Miami women’s basketball team is back in the win column after a dominant 77-62 victory over Syracuse on Sunday. Junior Mykea Gray led all scorers with 20 points in the contest and is now just six points away from 1,000 in her career.

“Our team decided to change our habits and played with a lot of courage today,” head coach Katie Meier said. “I asked them to be warriors and ballers and told them that, if they are [warriors and ballers], to go out there and represent.”

Miami eclipsed the 50 percent shooting mark for the third time this season, finishing the night at a .519 clip. The Canes shot 40 percent from 3-point range, highlighted by a 5-of-9 effort by Gray. A large part of the Canes’ success was due to their effectiveness in sharing the ball, as they totaled 16 assists in the game.

Junior Kelsey Marshall joined Gray in double figures with 19 points on the day, while redshirt sophomore Destiny Harden paced the Canes in rebounding with six boards. Miami added 16 steals and six blocks to the team stat line, besting the Orange in both categories.

The Canes came out hot in the first quarter, with a pair of threes from Gray and Marshall highlighting a 10-2 run for Miami. The Orange and the Canes traded baskets throughout the remainder of the first half, but a 50 percent shooting effort by Miami gave the home team a 35-31 lead heading into the locker room.

The Canes’ offense remained electric in the third quarter, as the team shot 64 percent from the field. Six different Canes scored in the frame to put Miami up, 58-47, with 10 minutes to go. The Canes outscored the Orange, 19-15, in the fourth quarter to secure the victory and move to .500 in conference play this year.

The Canes head to Chapel Hill, N.C. on Thursday to take on the North Carolina Tar Heels. Tipoff is set for 7 p.m. and the game will air on ACC Network Extra.