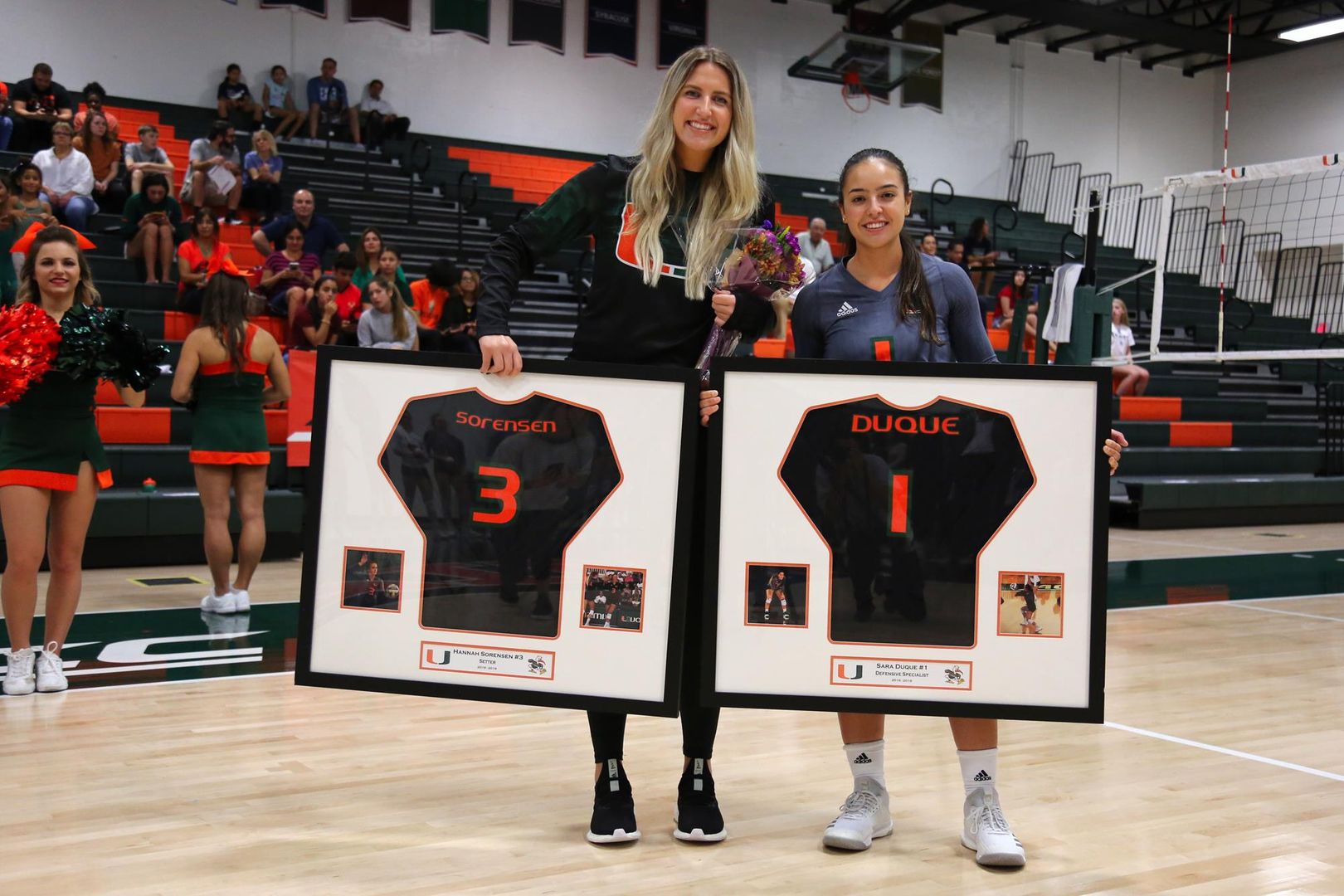 CORAL GABLES, Fla. – For the last time in the 2019 season, the University of Miami volleyball team played in the Knight Sports Complex, but fell to Georgia Tech, 3-0, on Friday night.

Freshman Kennedy Prince led the way with four of Miami’s 12 kills in the first set. The Canes held the ACC’s top hitting team to a match-low .200 and 15 kills, but four aces and 19 digs gave the Yellow Jackets the 1-0 advantage and a 25-21 set win.

In the final set, Dill and Leao registered four kills helping Miami total 12 and a match-high .258 hitting percentage. Miami recorded two team blocks in the final set of the season, but the ACC’s second place team finished with 16 kills and three aces, including the match point, to take the set 25-18.

Junior Janet Kalaniuvalu ended her first season with the Canes with a team-leading 312 kills and 32 aces. Her 312 kills sit at No. 30 in a single season in Miami history, while her aces are tied for 21st. Prince finished with 303 kills, the second-most kills as a freshman since All-American Lane Carico registered 369 in 2008.