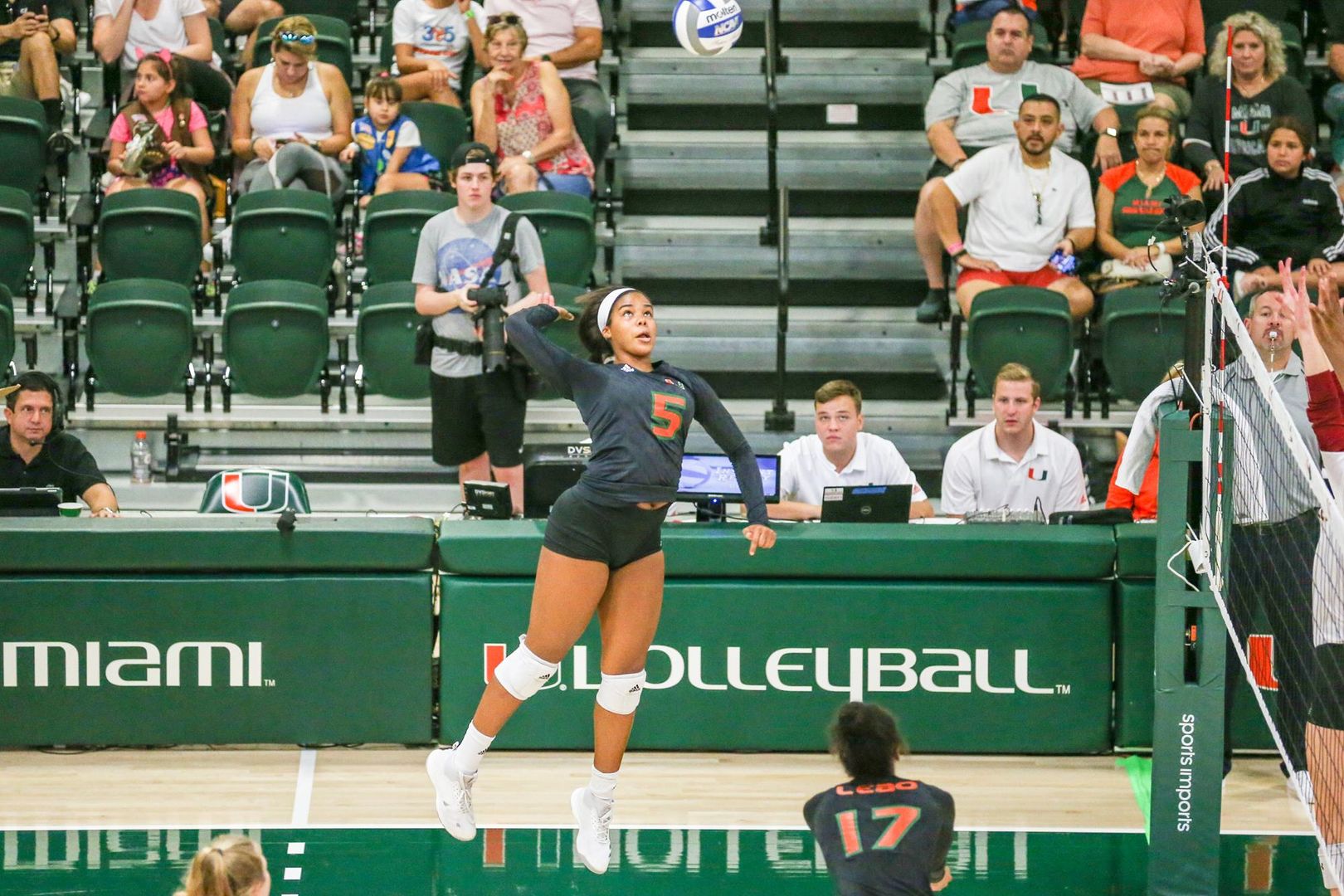 LOUISVILLE, KY. – Miami volleyball closed out its final road contest of the season, falling to Louisville 3-0 at the L&N Federal Credit Union Arena on Sunday afternoon.

Freshmen Kennedy Prince and Savannah Vach led Miami’s offense in the first set with four kills and 12 digs, respectively. Each team registered 14 kills, but it was the home team who took the early 1-0 advantage, hitting .344 to Miami’s .182.

Miami (10-14, 6-10 ACC) registered two early blocks to set the tone of the final set, finishing the match with five team blocks. Prince led the Canes with five more kills and two digs, but it would ultimately not be enough. The Cardinals took its biggest lead at 20-15 and didn’t slow down, taking the final four points of the match. Louisville took the set, 25-19.

The Canes registered five team blocks, led by Kalaniuvalu’s four block assists. Vach added 37 assists, bringing her season total to 970. She now ranks 16th in program history with the most assists in a single season, while Kalaniuvalu has now recorded 297 kills in her first season with the Canes.

Miami returns home for its final matches of the season, hosting Florida State on Nov. 27 at 3 p.m. and Georgia Tech on Nov. 29 for Senior Day at 3 p.m.