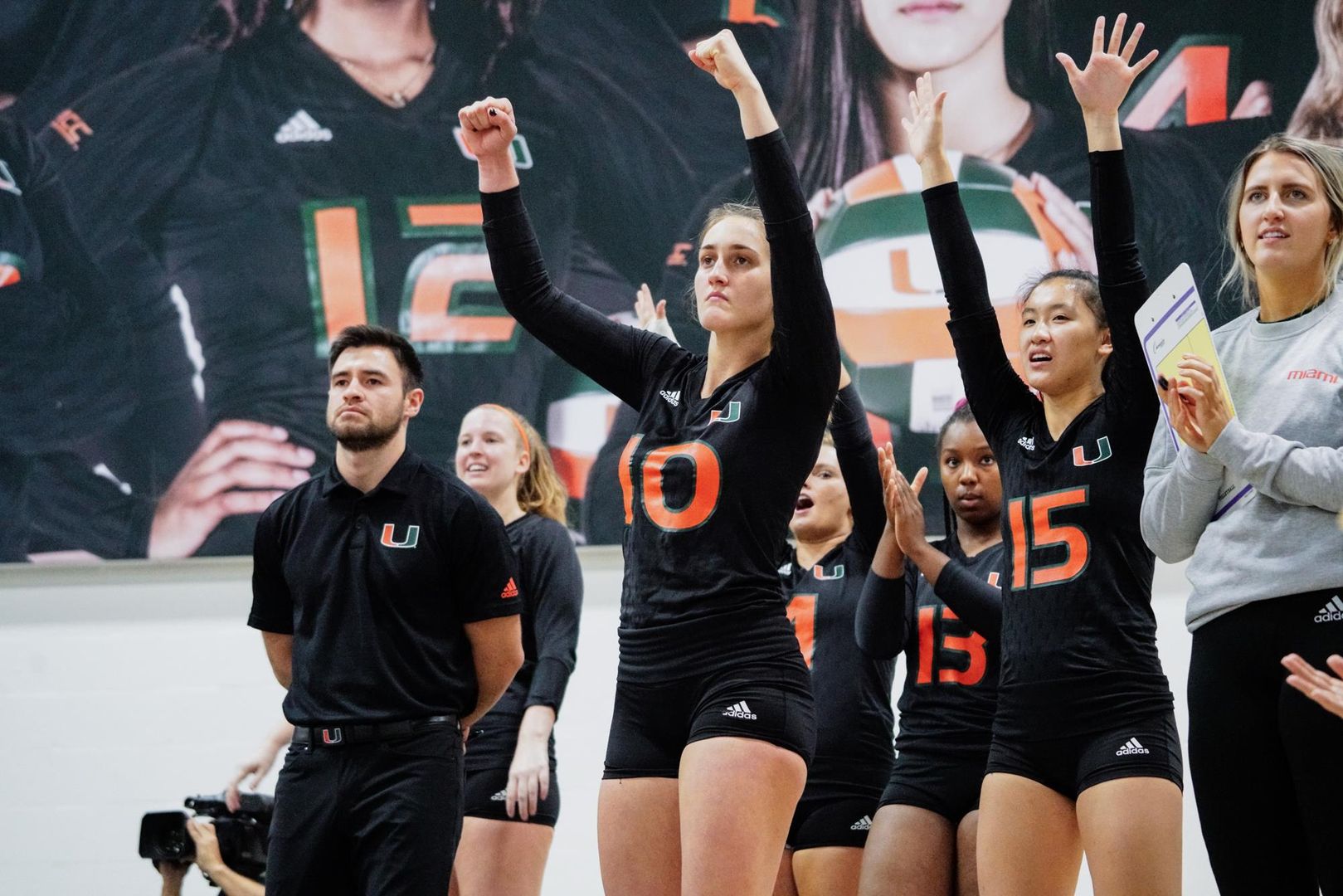 For the second straight match, the Hurricanes (10-12, 6-8 ACC) went to five sets and improved to 5-2 when reaching the fifth set. Miami was led by redshirt junior Elizaveta Lukianova’s 21 kills off 35 attempts, hitting .571, a match-best by both teams. Junior Janet Kalaniuvalu boasted 18 kills and three blocks, while freshman Savannah Vach registered her fifth double-double of the season off 52 assists and 11 digs.

“The margin was thin and it could’ve gone either way by a couple of plays,” head coach Jose “Keno” Gandara said. “We played to win. Friday we were on the short end of it, but today we were able to make better plays. We’re getting better, we’re getting closer and it’s nice that it paid off.”

Miami took the early 1-0 lead after recording 14 of its 60 kills in the first. Both Kalaniuvalu and Lukianova tallied six kills each, while freshman Amanda Falck recorded three of her career-high five assists. Notre Dame held off two set points but Miami registered back-to-back kills to take the set, 26-24.

“We need [Liza] to be really good in a lot of situations and tonight she did a good job of managing the game,” Gandara said. “She’s probably had her best three weeks of practices recently since she’s been here and it’s showing in the matches.”

Notre Dame (17-7, 10-4 ACC) evened the match at one with a 25-23 set win, despite Miami outhitting the Irish .333 to .226. Caroline Meuth of Notre Dame led with five kills, including the set point, but it was Maimi’s Kalaniuvalu who led the set with six off eight attacks.

The Canes’ offense continued to improve, hitting a match-high .407 in the third, holding the ACC’s best team in digs to just 10. With four team blocks in the third, Miami registered its second most blocks in a match with 12. Miami took back the lead with the biggest margin of victory in a set, 25-20.

The offense slowed down for both teams in the fourth, as the Canes hit .175 and registered just 11 kills. With the score tied eight times, Miami held its biggest lead at 19-12, but a rally by the Irish forced yet another five setter for the Canes. Notre Dame took the set, 26-24.