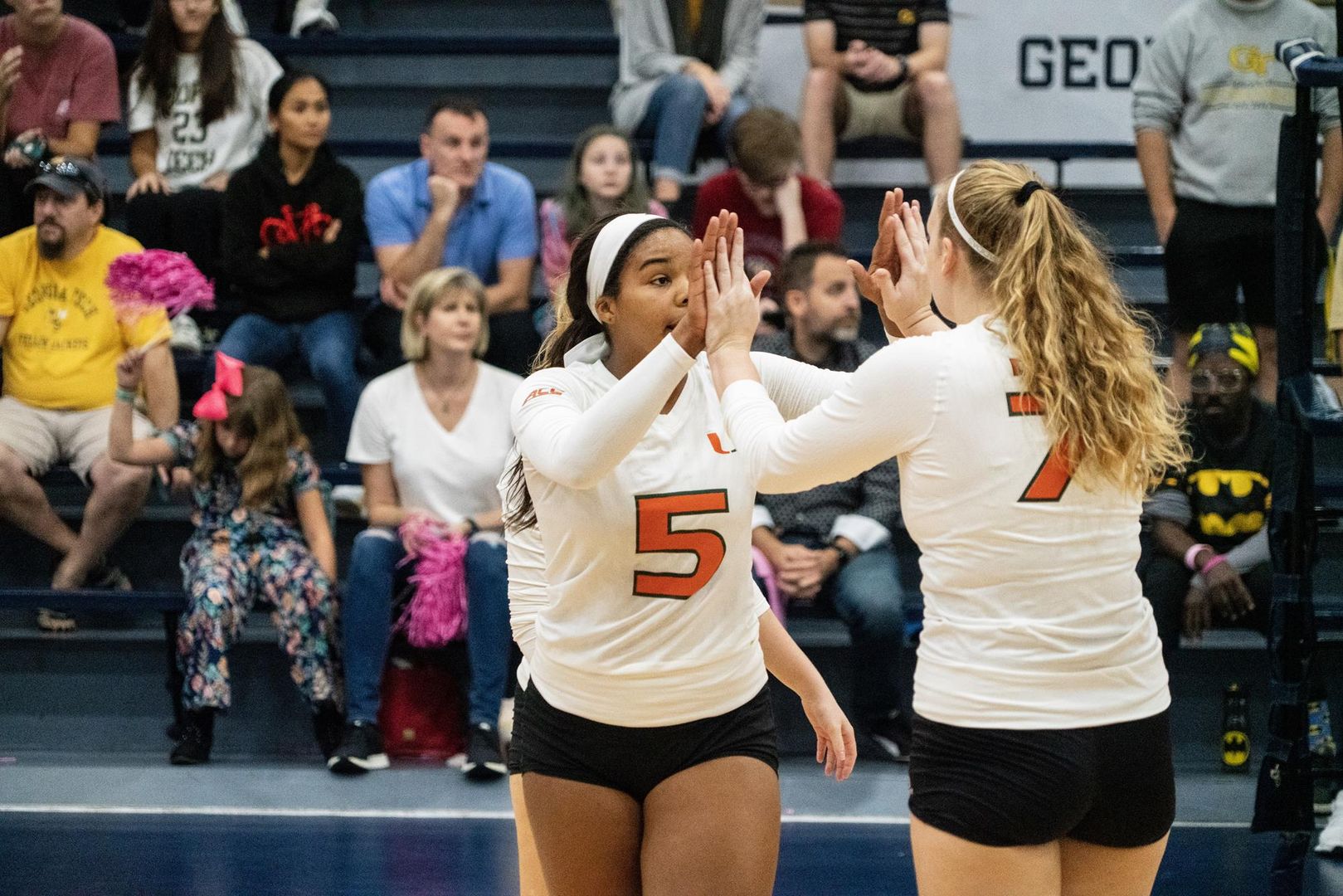 ATLANTA, Ga. – Despite a strong push in the third set, the University of Miami volleyball program dropped its match on Sunday in straight sets to Georgia Tech.

Miami (8-10, 4-6 ACC) totaled 31 kills with freshman Kennedy Prince and redshirt junior Elizaveta Lukianova each registering nine kills. Junior Janet Kalaniuvalu was close behind with eight and added the Canes lone ace of the match. Sunday’s loss was the first loss to the Yellow Jackets since 2016.

The home team jumped out to an early 1-0 lead, taking the first set 25-12, hitting .357 while recording 14 kills to Miami’s six. With three aces and four team blocks, Georgia Tech never trailed in the first. Lukianova notched four kills in the first, hitting .333 and added one block, but wasn’t enough to slow down the Yellow Jackets.

Georgia Tech showed no signs of slowing down, jumping out to an early 10-1 lead. Miami had its best offensive outing in the second, hitting .194 with 12 kills, but was outmatched by Georgia Tech’s set-high .444 attack percentage and 15 kills. The Yellow Jackets took the 2-0 lead, with a 25-21 set win.

In the closest set of the match, Miami took its first lead to begin the set off a Lukianova kill. Miami held Georgia Tech to its lowest hitting percentage in a set at .085, allowing just 11 kills while registering 13 of its own. Prince, Kalaniuvalu and Lukianova all notched four kills each with Madison Dill adding one to help the Canes add a late surge in the match. Miami held off two match points and pulled within three, (24-21) but Bregmann’s final kill of the match gave the Yellow Jackets the sweep.