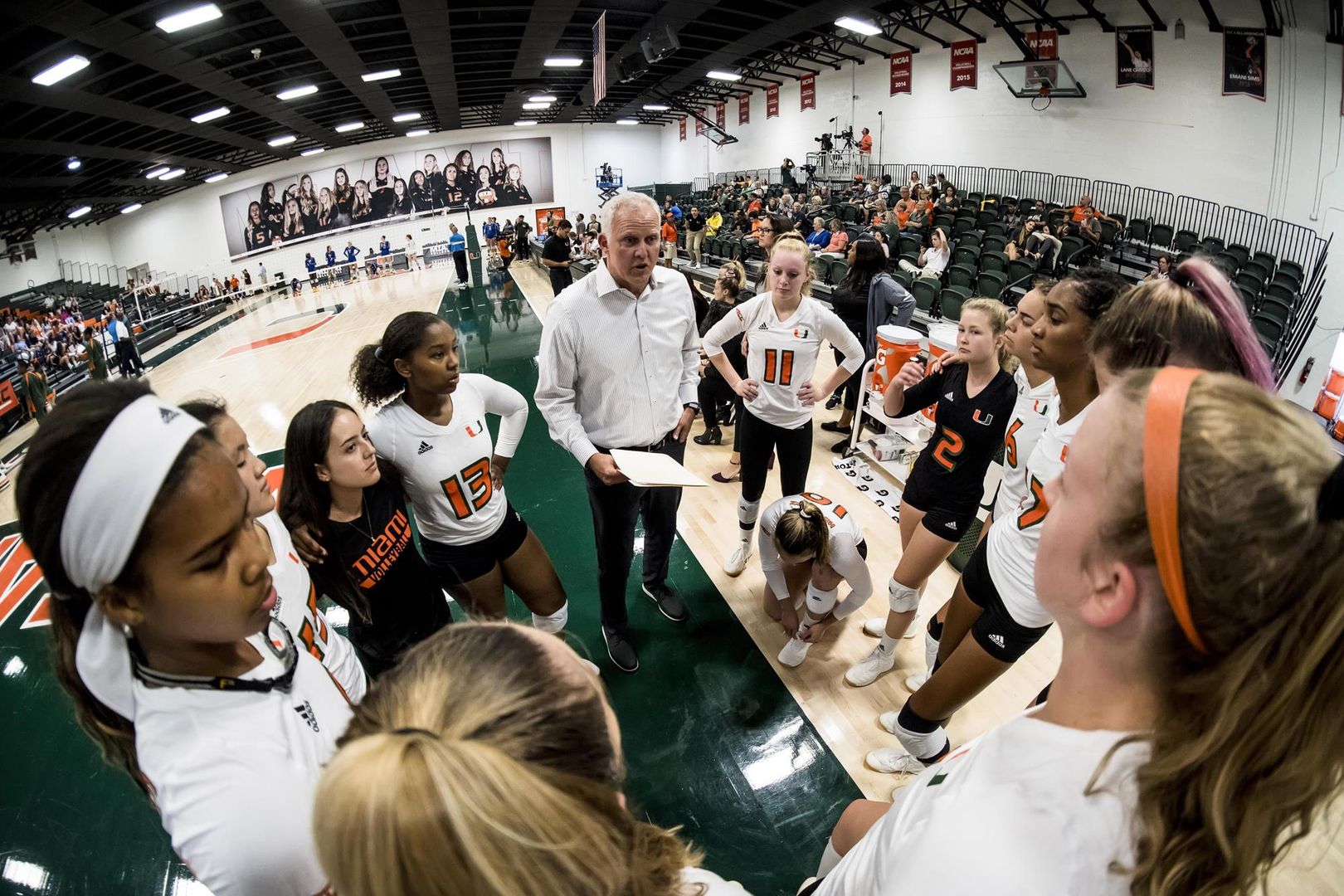 Redshirt junior Elizaveta Lukianova led the Canes in kills for the eighth time this season, recording 12, while hitting a team-best .320.  Freshman Savannah Vach recorded a career-high four blocks and tallied 29 assists in her first appearance in Jervey Gym.

Clemson jumped out to an early 6-1 lead in the second, but the Canes stung six straight points to cut the Tigers’ lead to 20-17. Miami held off Clemson for to set points, but a service error from Janet Kalaniuvalu gave the Tigers the 2-0 lead, winning the set 25-23. Lukianova added seven kills in the second, while Kennedy Prince recorded the Canes lone ace of the match.

Prince and Janice Leao each recorded two kills in the final set, but Clemson’s eight blocks and .211 hitting percentage gave the Tigers the 3-0 sweep, taking the set 25-15.

Redshirt junior Madison Dill finished the match with three kills and four blocks, but it was the Fleming Island, Fla., natives first kill of the match that was the big one. Dill’s 95th kill of the season was a career season-high.

Miami travels to Georgia Tech on Sunday and will play at 1 p.m.