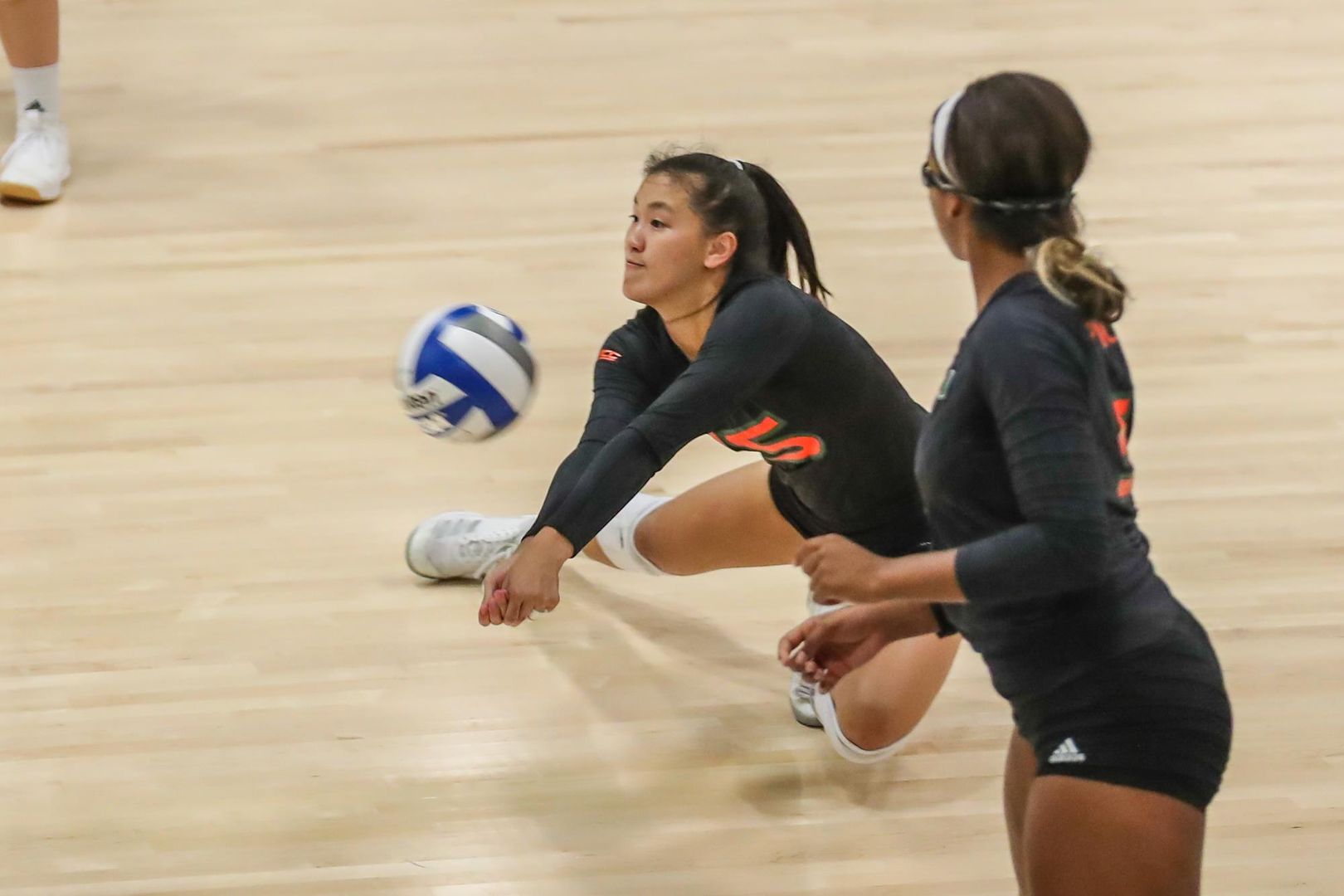 RALEIGH, N.C. –  Miami volleyball traveled to Reynolds Stadium for the first time since 2016 to face NC State on Sunday, but dropped its third ACC match of the season, 3-0.

A match that featured plenty of scoring runs for both sides went the home team’s way, as NC State improved to 7-11 overall, 2-4 ACC.

A strong offensive start by the Wolfpack led to the early 1-0 lead for NC State, hitting .303 in the first set. NC State went on a six-point run to take a 13-7 lead that was stopped by redshirt junior Madison Dill’s second kill of the match. Miami strung together three straight points to cut the lead to 17-13 from a kill by redshirt junior Elizaveta Lukianova and back-to-back blocks, but NC State took seven of the last 10 points to win the set, 25-17.

With both Prince and Lukianova each recording four kills in the second, Miami looked to tie the match at one late in the set. The Canes strung a five-point rally to tie the set at 22, but back-to-back kills from NC State led to set point for the home side. Lukianova’s kill held off the Pack for a point, but Jade Parchment’s eighth kill of the match gave NC State the 2-0 lead.

The final set looked favorable for the Canes, jumping out to a 12-8 lead after boasting an eight-point run. Both team hit above .300 in the third, with Miami notching a match-high .393 attack percentage from 15 kills off 28 attempts. Momentum seemed to shift for the Canes when a block from freshman Janice Leao and junior Janet Kalaniuvalu tied the set at 23, but the Wolfpack finished with a kill and a block to take the match.