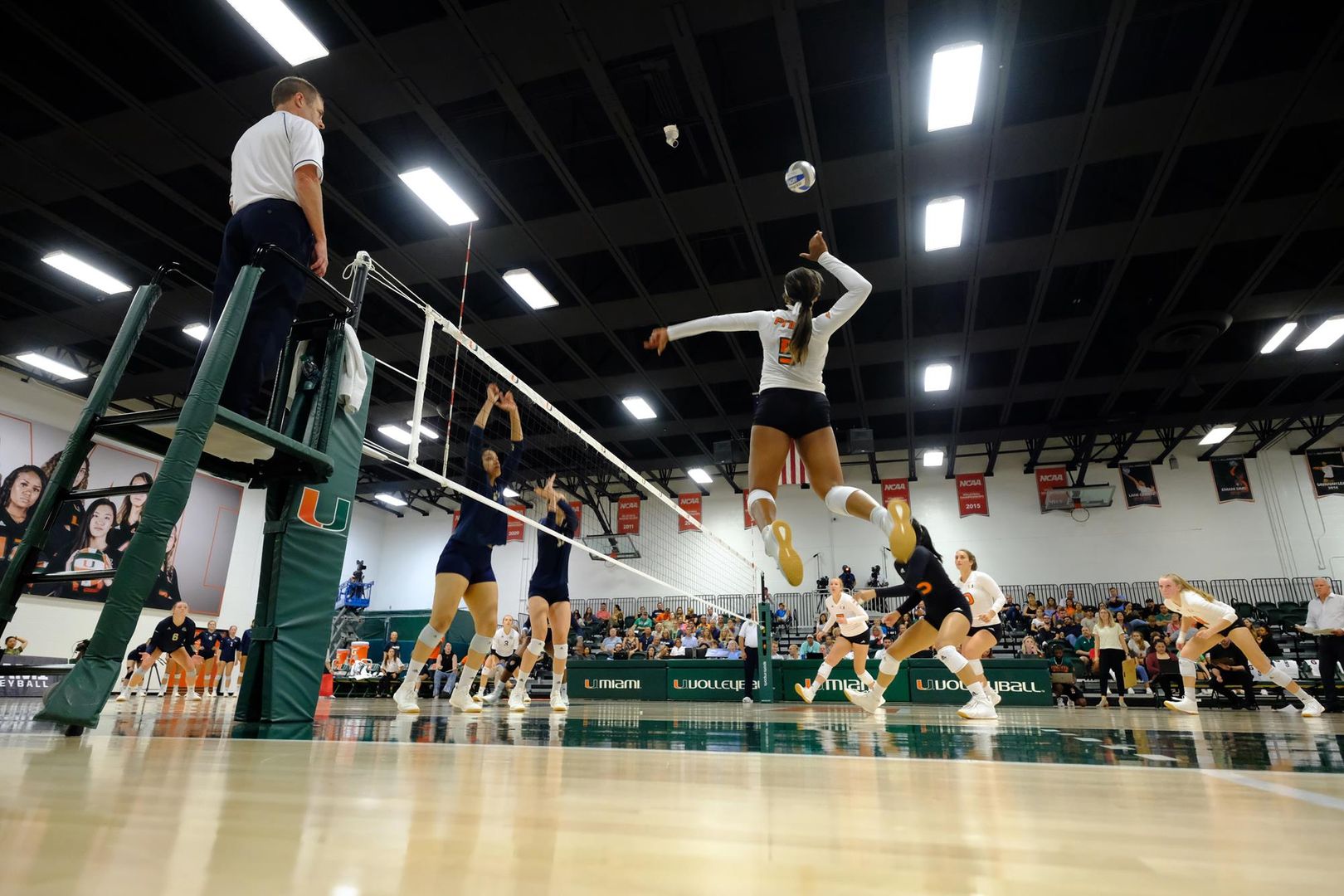 FORT WORTH, Texas – Miami volleyball featured four freshmen in its starting lineup on Friday night, including two who made their first collegiate appearances, but ultimately dropped the match, 3-0, against TCU at the Add-Ran Cup.

In front of its biggest and loudest crowd of 1,340 fans, the freshmen still made a name for themselves despite the elements. Three Miami freshmen led in three different match categories, with Kennedy Prince recording a career-high 14 kills, Savannah Vach registering a match-high 27 assists and Amanda Falck tallying a match-tying high of 10 digs. Despite their performances, the Horned Frogs outdid the Hurricanes in three sets, hitting a .365 attack percentage and knocking down a total of 45 kills.

Miami registered just six kills in the first set, while TCU boasted 14 off 29 attacks. The Horned Frogs’ attack percentage of .310 helped give TCU the 1-0 lead at 25-15.

Prince led the Canes in the second set with five kills off 11 attacks, hitting a team-high .273. Prince tied Sarah Swanson of TCU in the second in kills, but TCU hit a match-high .462 to take the favorable 2-0 lead.

The Canes took its first lead of the match in the third set at 6-5, off Elizaveta Lukianova’s fifth kill of the match. Lukianova ended with six of the Canes’ 29 total. The two sides were tied 12 different times in the third, having only been tied once in the first two. Miami held four different leads, but TCU took the final five points to take the match and give Miami its first road loss of the season.

While the freshmen continue to make a name for themselves early in the season, transfer Janet Kalaniuvalu is a constant threat on offense for the Canes. Kalaniuvalu tallied six kills and one service ace. Kalaniuvalu has registered at least one ace in three of the Canes’ four matches.

Miami takes on Auburn on Saturday at 2 p.m. in its final match of the Add-Ran cup.