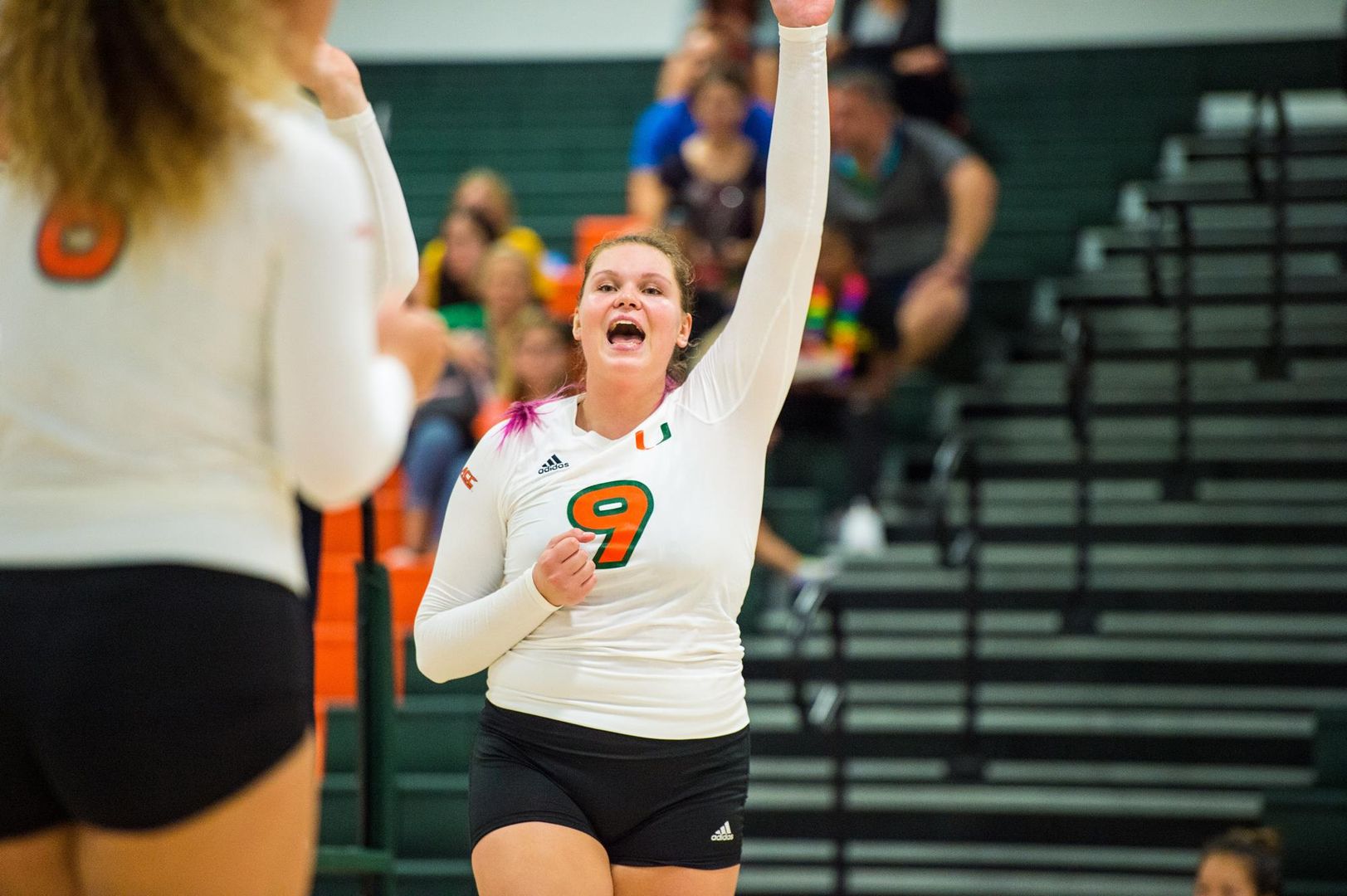 CORAL GABLES, Fla. – Elizaveta Lukianova was lights out on offense for the University of Miami women’s volleyball team on Saturday night, helping the Canes sweep USF for their second straight win of the season.

Lukianova tallied 19 kills on 27 attempts, registering a career-high .556 attack percentage to lead the Canes in its final match of the Hurricane Invitational.

“I just try to make sure I do what I am supposed to do before, during and after every single point to get the best for our team because every point and every move matters during the game,” Lukianova said. “We got the W today and that definitely makes me think that our hard work pays off.”

Despite the Canes getting out to a slow start in the first set, Lukianova’s night was just getting started as the redshirt junior finished with eight kills in the first. Freshman Savannah Vach’s ability to spread the offense allowed Miami to hit a .312 attack percentage off 12 of her 41 assists. Four Canes registered more than one kill, while Cameron Dobbs recorded two aces in the 25-21 set win.

“I think our team did a pretty good job today,” Lukianova said. “As we always think, every single game is the most important game of the year and we have to prepare for every single one of them in that way. Everybody has their own battles on the court, their own tasks, and I think we were able to combine those to make sure out team performed on a decent level. We definitely have a long way to go, but with every rep, we are getting closer and closer.”

Freshman Kennedy Prince continued to be a dominant force for the Canes on offense in her third collegiate match, registering eight of her 15 kills in the second set, while redshirt junior Madison Dill had a productive set with four kills after making her first start to the season. The Canes strung together a set-high 21 kills off 43 attempts.

Miami closed the night out winning the final set, 25-19, courtesy of six kills by Lukianova and five by Prince. Junior transfer Janet Kalaniuvalu registered three of her nine kills of the night in the final set, while also adding one block assist. The Canes jumped out to an early 6-1 lead and never looked bad.

Miami never trailed in the final set and scored the final three points off a kill by Lukianova and Kalaniuvalu and a Bulls error.

Miami travels to Fort Worth, Texas, Sept. 13 and 14 for the Add-Ran Cup to face host school TCU and Auburn.