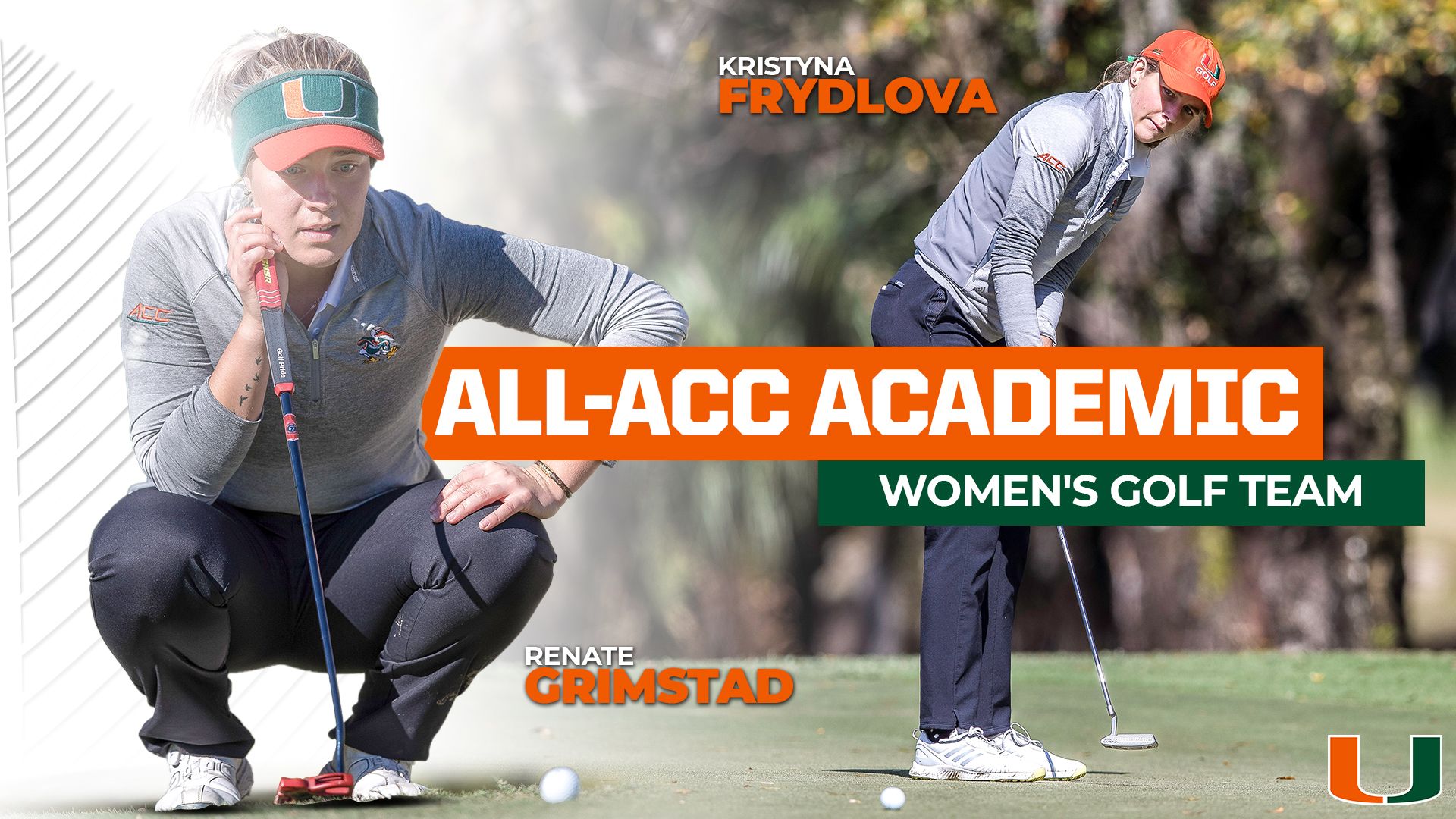 CORAL GABLES, Fla. – Renate Grimstad and Kristyna Frydlova of the University of Miami women’s golf team were selected to the 2019 Atlantic Coast Conference All-Academic Golf Team, as announced Wednesday by the league office.

Grimstad, who is a junior majoring in sports administration with a double minor in sports medicine and psychology, appears on the all-academic team for the third consecutive season. Through six semesters, the Bergen, Norway, native has made the Dean’s list (minimum 3.5 GPA) in all six, Provost’s Honor Roll (minimum 3.75 GPA) recognition five times, as well as earned President’s Honor Roll (4.0) accolades once.

On the green, the junior competed in all 31 rounds for the Hurricanes, closing out the year with a scoring average of 73.00 and four top-10 finishes.

Frydlova, who is a sophomore majoring in biochemistry with a minor in chemistry, finished the 2018-19 season by competing in all 31 rounds during her sophomore campaign at Miami. In addition, the Prague native led the Hurricanes with a scoring average of 72.68 and posted three top-10 finishes, as well as a team-best two top-five marks.

Through four semesters, the two-time All-ACC Academic Team honoree owns an exceptional 3.967 cumulative GPA and has made the Provost’s Honor Roll (minimum 3.75 GPA) in all four of her collegiate semesters, as well as earned President’s Honor Roll (4.0) accolades twice.

To be eligible for consideration for the All-ACC Academic team, a student-athlete, regardless of classification, must have earned a 3.00 grade point average for the previous semester and maintained a 3.00 cumulative average during their academic career.