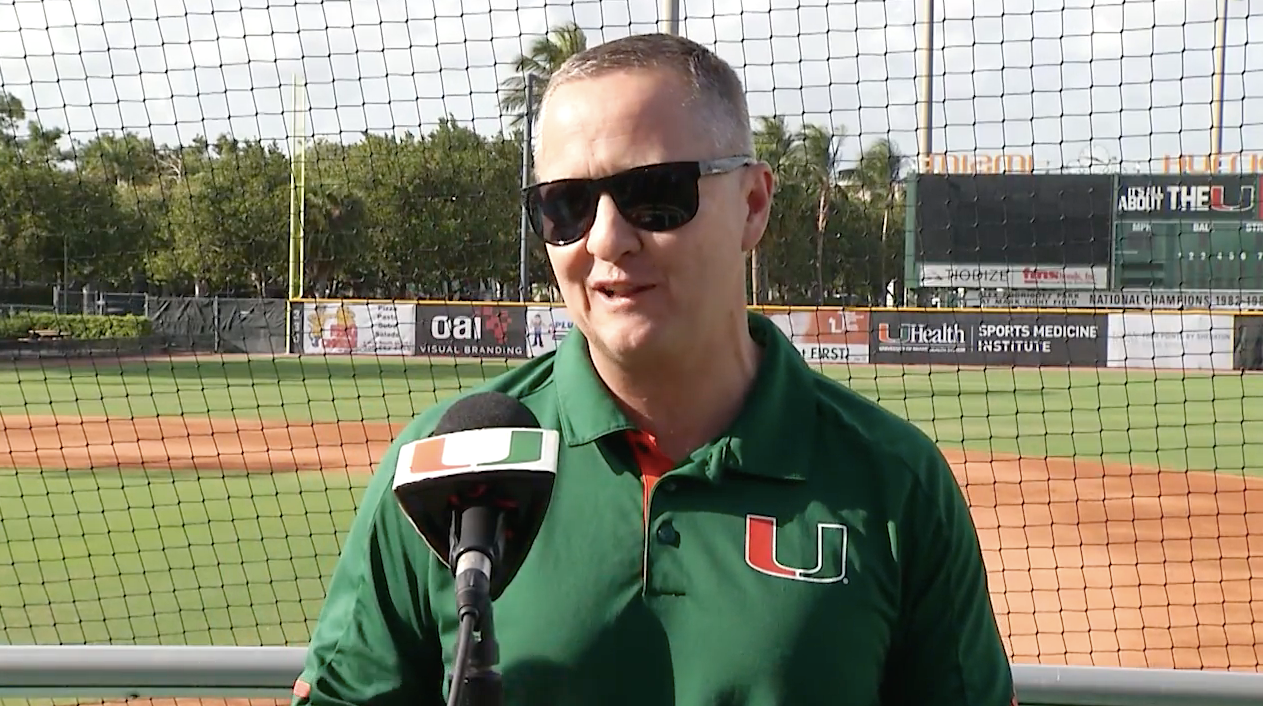 A Message From The Athletics Director - January

Classes started back up again this week at UM but we’ve already had a busy start to 2019 for Miami Athletics, both on and off the field.

Our basketball teams have started conference play. Our track and field, tennis and swimming and diving teams are all back in action. Construction has commenced in the Hecht Athletic Center, which will result in a new reception and recruiting area for our football team – plus new and improved offices for our golf, soccer, rowing and volleyball staffs. And speaking of football, our program is hitting the ground running with a new man in charge.

On the morning of December 30, 2018, Mark Richt informed me that he was resigning as our head football coach. I was surprised by Mark’s decision, as we all were, but I also knew that Mark and his wife, Katharyn, took great care in making that decision and they made it with the best interests of Hurricanes football in mind. Mark accomplished remarkable things during his three-season tenure as head coach. He won 26 games; led UM to its first-ever ACC Coastal Division title; earned three bowl berths, including our first Orange Bowl berth in 14 seasons; won the 2017 Walter Camp National Coach of the Year Award; and beat Florida State twice. Off the field, Mark spearheaded fundraising efforts for the magnificent new Carol Soffer Indoor Practice Facility; launched the U Network to help our former players transition to life after football; and helped our team lead all FBS programs in community service hours in 2018. In short, it was a remarkable period for Miami football, and I couldn’t be more thankful to Mark for his leadership and service to his alma mater.

But once Mark delivered that news, I knew that we had to act quickly to secure our next head football coach. The person I had in mind was a familiar face and, thanks to assistance from the President’s Office, Board of Trustees and our staff, we were able to announce our hire less than 12 hours later.

Manny Diaz was formally introduced as the 25th head coach in Miami history at a news conference on January 2. I will reiterate here what I said that day – Manny is our head coach because he is the right man at the right time. He has the vision to build upon what Mark established and continue us down the path of national prominence, competing for conference and national championships.

Manny orchestrated one of the nation’s best defensive units over his three seasons as defensive coordinator. The defensive staff remains largely intact, along with the addition of Blake Baker as defensive coordinator. On offense, Manny hired Dan Enos, who last season was associate head coach and quarterbacks coach for SEC champion and CFP finalist Alabama. Dan previously served as offensive coordinator at Arkansas and head coach at Central Michigan. We’re thrilled with the additions Manny has made to his staff, and they are all joining him on the recruiting trail to ensure we finish strong before Signing Day on February 6.

Our men’s basketball team picked up its first conference win last weekend by defeating Wake Forest 76-65. Next up for Jim Larrañaga‘s squad is a battle against No. 13 North Carolina Saturday at Watsco Center at high noon. We hope to see you there cheering on the Canes! If you can’t make it to Coral Gables, the game is also being televised on ESPN2.

Both of our tennis teams kicked off their 2019 campaigns last weekend, hosting the Miami Spring Invite. The highlight on the men’s side was Adria Soriano Barrera, currently ranked 21st in the country, defeating fourth-ranked Christian Sigsgaard of Texas in three sets. Seventh-ranked Estela Perez-Somarriba picked up a straight sets win for our 17th-ranked women’s team. Dual matches start this weekend as the women head to FAU Friday, while the men host Stetson and Liberty Friday, starting at 11 a.m. Come check out some great tennis at the Neil Schiff Tennis Center!

Amy Deem’s track and field squad got its indoor season off to a terrific start at the UAB Invitational in Birmingham, Ala., last weekend. The women’s 4x400m relay team took first place, as did Tiara McMinn in the 60m hurdles. Hasani Knight and Darlene Charles won respective their triple jump competitions. Michelle Atherley, the reigning ACC Outdoor Field MVP, won the women’s long jump, while freshman Selina Dantzler captured the women’s shot put in her first UM event. The Hurricanes next compete at the Texas Tech Classic on January 25-26.

Our swimming and diving team traveled to Tuscaloosa, Ala., to compete against Alabama and Florida State this past weekend. Millie Haffety won the 3-meter diving competition. The Hurricanes have another tri-meet Saturday in Ft. Myers against FGCU and Bowling Green.

Patti Rizzo’s golf team is preparing for its season opener, the Florida Challenge in Tampa on January 28. Meanwhile, our baseball team starts practice at The Light under new head coach Gino DiMare on January 24. We will then be hosting our annual First Pitch Banquet at the UM Fieldhouse on Friday, February 8. World Series champion and Hurricanes All-American Jon Jay will serve as the keynote speaker. Click here for ticket information.

I would like to congratulate former Miami head football coach Dennis Erickson, who last week was selected as a member of the National Football Foundation & College Football Hall of Fame Class of 2019. Dennis becomes the fourth Miami coach and 12th Hurricane overall to be enshrined. He led the Hurricanes to two national championships, and authored one of the most dominant stretches in college football history over his six seasons as our head coach from 1989-94. We are thrilled and honored to have Coach Erickson as the latest representative of The U in the College Football Hall of Fame!

Our Carol Soffer Indoor Practice Facility is up and running and has been a game changer for our athletic program. I want to again extend my heartfelt thanks to Carol and her family for the lead gift for the facility. We have already raised more than $36 million but are not done yet — and we still need your support. Your donations will ensure that this facility continues to be one of the best in the country. Visit Give2IPF.com to pledge your support.

Our Building Women Champions campaign continues to build momentum. The campaign is an initiative that will enhance scholarship support, leadership development and career coaching for Hurricane female student-athletes. Please visit buildingwomenchampions.com to learn how you can help.

Please mark your calendars for Sunday, February 3, as we hold our fifth annual Celebration of Women’s Athletics at Watsco Center prior to our women’s basketball game against Virginia. This terrific event grows in scope every year thanks to the generosity of our fans and donors. ESPN reporter and UM alumna Allison Williams is serving as emcee for this year’s event. Click here to purchase your tickets!

For the latest information on each of our varsity teams, please be sure to visit HurricaneSports.com or follow us on Twitter @MiamiHurricanes. We’re looking forward to a successful 2019 and are grateful for your continued support. Enjoy this month’s magazine!