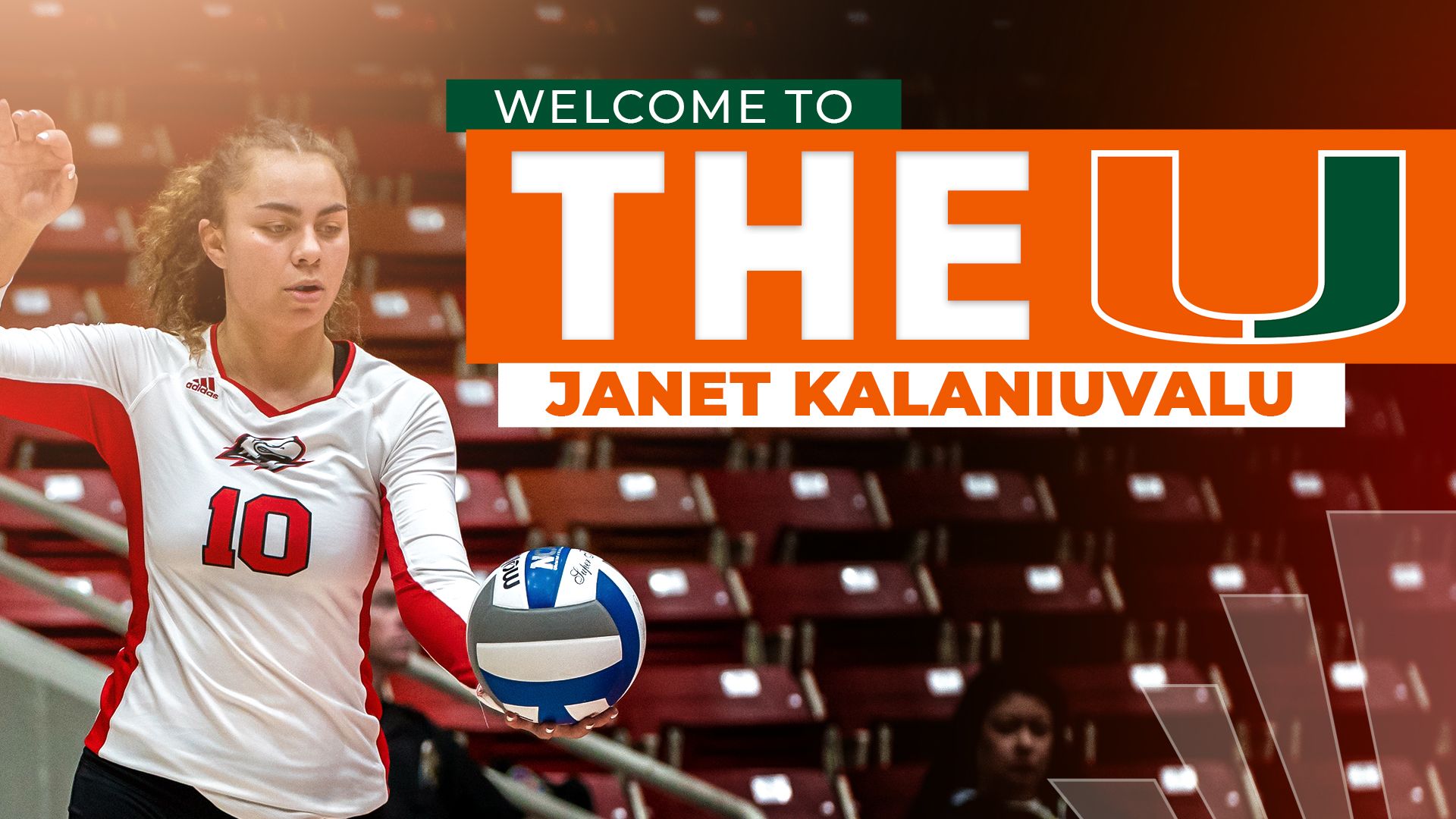 The 6-foot, 2-inch outside hitter will have two years of eligibility left to play for the Canes after finishing her sophomore season with the Thunderbirds.

“Janet was someone who jumped out at us due to her ability to get kills, a place where we often struggled last season,” Gandara said. “At the higher levels, points need to be earned and that is a big part of Janet’s identity as a player. Once we got to know her character and personality, it was an easy decision to ask her to join our team.”

Kalaniuvalu led the Big Sky Conference and the Thunderbirds last season in kills, averaging 4.03 per set finishing the season with 451 kills.

The Orem, Utah, native was named to the 2018 Big Sky All-Conference Second Team for her impressive sophomore campaign. Kalaniuvalu tied SUU’s all-time single-game kills record with 30 in a match against Northern Colorado. The outside hitter posted the second most aces with 22, while also tallying 276 digs.

Kalaniuvalu played in all 24 matches for the Thunderbirds and appeared in 112 sets. In 2017, the freshman tallied 239 kills, good for the third-most on the team, and 121 digs.