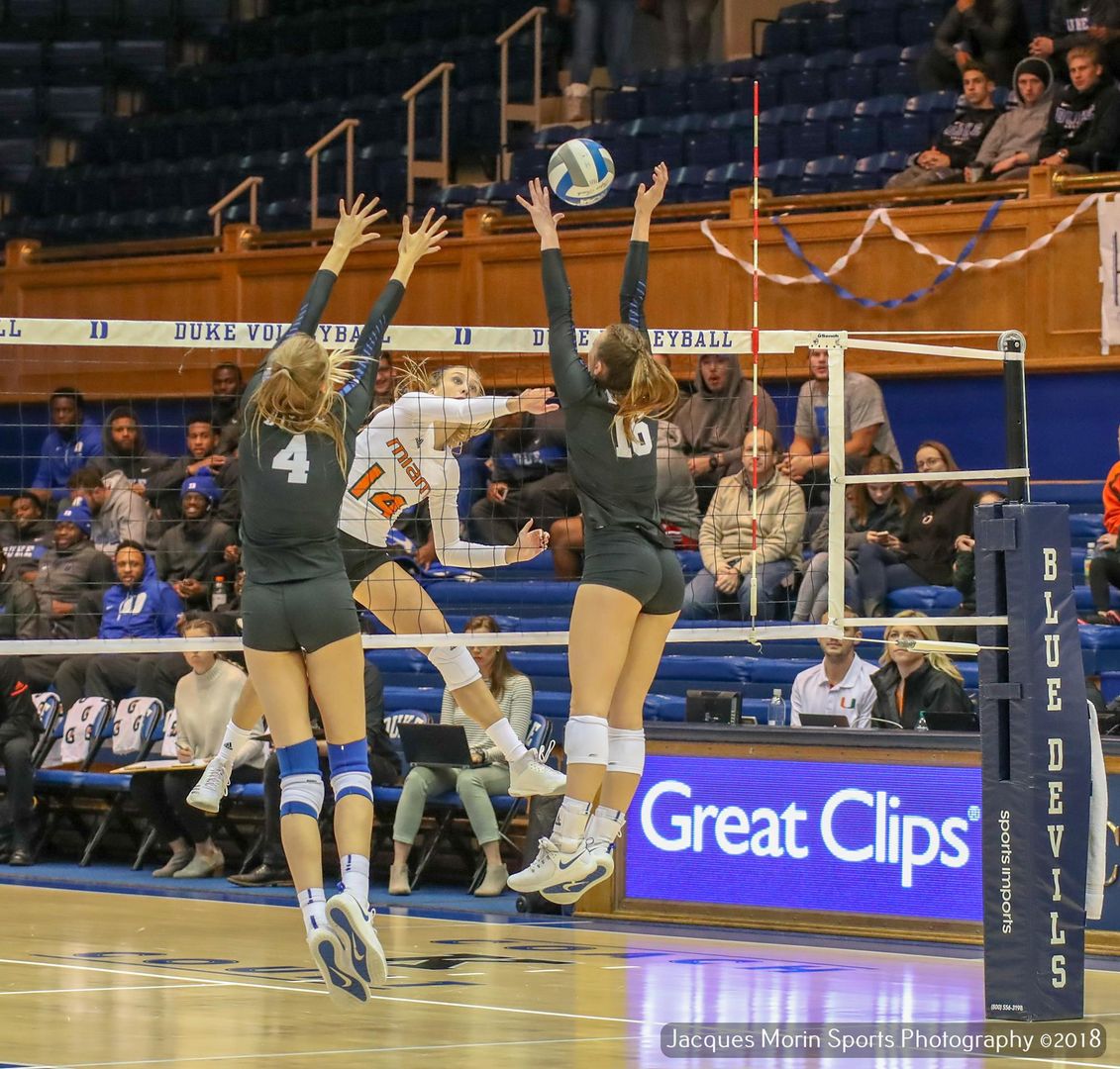 DURHAM, N.C. – The University of Miami volleyball program closed out its 2018 season at Cameron Indoor with a 3-2 loss on the road against Duke.

The Hurricanes end the season with a 13-12 overall record and a 9-9 mark in the ACC.

The Blue Devils (16-11 overall, 10-8 ACC) took the early 1-0 lead despite a late rally from the Canes. In a set where the score was tied nine times, with four lead changes, Miami was able to take the 25-24 lead, courtesy of a five-point rally off a Duke service error on the first set point. The play was followed by two back-to-back kills from Elizaveta Lukianova, a block from Bridget Wallenberger and Chloe Brown and a ball handling error from Duke.

Wallenberger led the Canes in another back and forth set with five kills and boasted a .714 attack percentage. Miami aced the Blue Devils twice, but Duke’s .450 attack percentage and 20 kills gave them the 2-0 lead. Miami earned one set-point but Duke registered three-straight kills in order to take the set, 26-24.

Miami held a three-point lead twice in the third (5-2 and 13-10), their largest margins of the set which featured 15 tie scores and 10 lead changes. The Canes reached set point first again at 24-22 but the Blue Devils put together three straight kills to earn their first set point. Lukianova’s seven kills and Templeton’s 15 assists led the Canes to a 29-27 set win.

Brown logged her fifth double-double of the season in the third set recording both her 10th kill and dig, respectively,in the set. Brown finished the match with 17 kills and a career-high 23 digs.

Both Brown and Lukianova continued to be dominant on offense for Miami as the pair tallied nine of the Canes 14 kills in the fourth. Brown led both sides with five kills and posted a .400 attack percentage. For the first time in the match, Miami won the first set point they reached. The Canes took advantage of its five aces while freshman libero Emily Damon logged a season high 23 digs surpassing her previous mark of 18 she set in the 3-2 win against Florida State. Miami forced a fifth set for the second consecutive match with the 25-22 set win.

Duke took the final set 15-13, recording four of the last five points in the match.