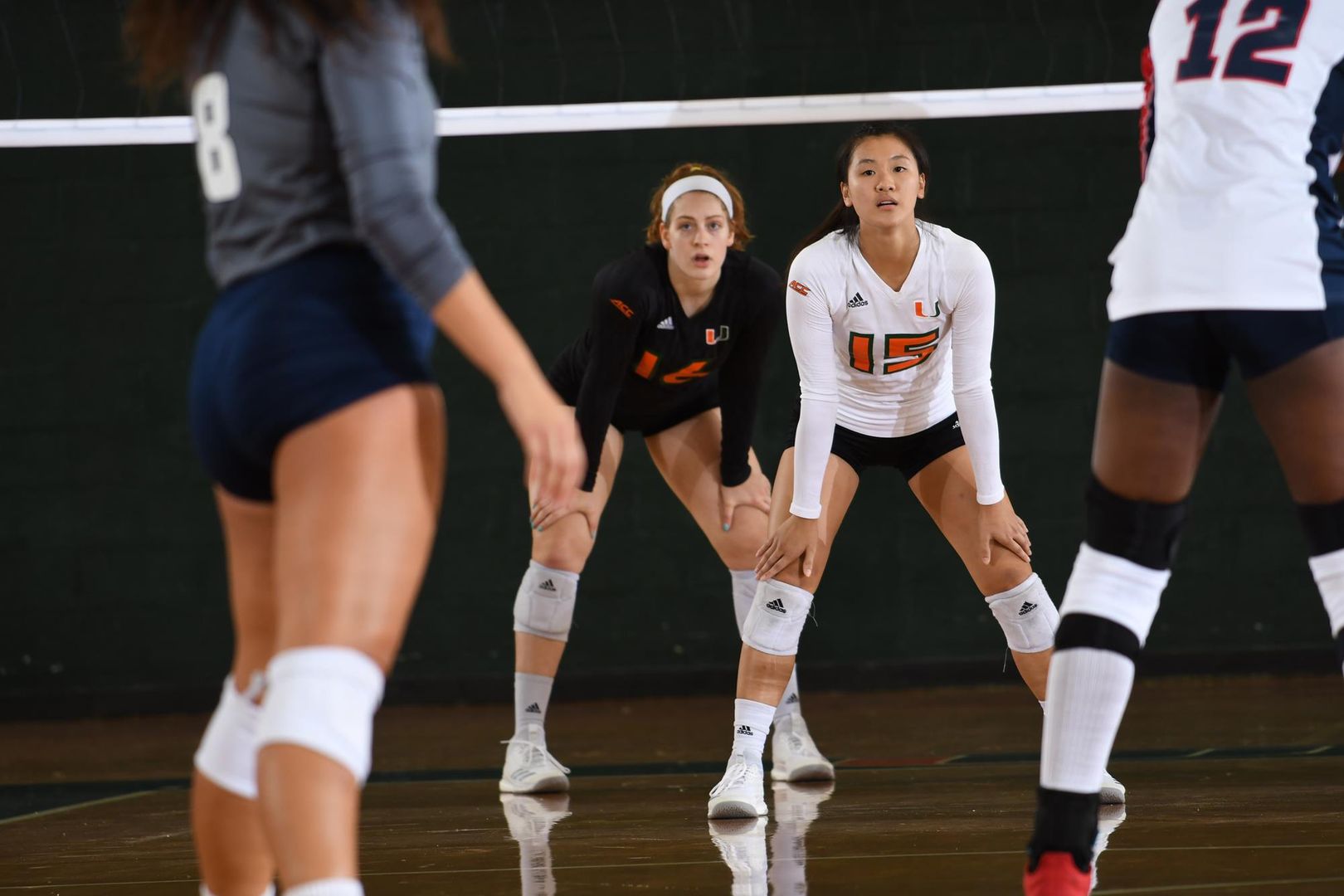 Redshirt sophomore Elizaveta Lukianova and senior Kolby Bird led the Canes to their first road ACC sweep notching 13 kills and three blocks each. Lukianova had another impressive offensive outing finishing with a .357 hitting percentage in the Canes 25-23, 26-24, 25-22 win.

“It’s great getting a road win, especially in the ACC,” head coach Jose “Keno” Gandara said. “I’m proud of the way we prepared for this match after Friday and today was a good win for us.”

A resilient Canes team came back from trailing early in the first set, 6-1. Out of a Miami timeout, the Canes would take the next four points to close the gap against the Eagles. Templeton led the early attack with four kills and 10 assists, while Lukianova added six kills off nine attacks. UM took the last four points to win the first set.

The Canes outhit the Eagles 14-13 in kills, holding them to a .136 hitting percentage in the second set. Bird led the way with six kills, while Priscilla Hernandez and Bridget Wallenberger recorded two of the Canes six service aces, taking a 2-0 lead after a 26-24 set win.

The two outside hitters, Bird and Lukianova, recorded nine of the 11 kills in the third set for UM. Miami held BC to just 12 kills off 40 attacks and took advantage of the Eagles three service errors to take the third set, 25-22.

Redshirt senior setter Haley Templeton started today’s match with 500 assists on the season and added 30 more to her name in the Canes’ fifth sweep of the season. Templeton now has 4,201 assists in her impressive career.

Miami returns to the Knight Sports Complex on October 19 to face Clemson in its first of four home matches in eight days for the Canes. Georgia Tech, Florida State and Virginia Tech close out the final home outings before Senior Day when the Canes host Pitt on November 18.

“Obviously the next match is the one we focus on, but it’ll be great to return home and play four home matches in a span of eight days,” Gandara said. “It’ll be a challenge but we’re looking forward to it.”