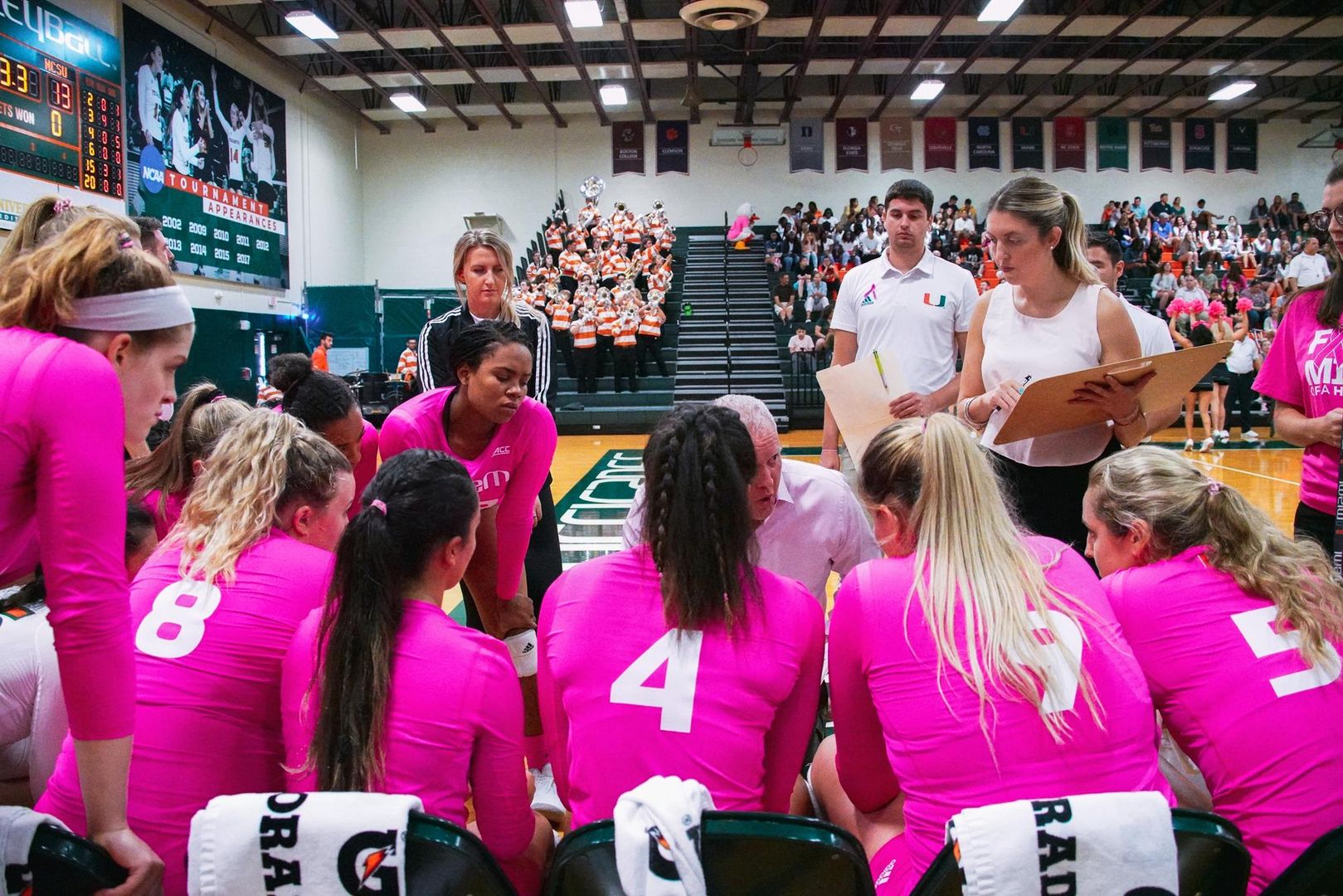 CORAL GABLES, Fla. –  The University of Miami volleyball program had a block party against NC State in Sunday’s 3-1 win at the Knight Sports Complex.

Lukianova made her presence known on both sides of the net early as she also led the Canes in kills with four and posted a .375 hitting percentage.

“Elizaveta grinds and works hard every day,” head coach Jose “Keno” Gandara said. “We ask a lot out of her but she continues to work and takes every day very seriously on the court.”

Despite trailing 8-3 early in the second set, Miami was able to take advantage of 10 block assists and 12 kills to take the set, 25-21. Miami took the last eight of ten points with freshman Chloe Brown leading the Canes with five kills, three digs and two solo blocks.

Brown was one dig shy from recording her third career double-double, finishing with 10 kills and nine digs.

Miami dropped the third set, 25-15, despite junior middle blocker Bridget Wallenberger tallying two block assists and one kill. NC State hit above a .000 hitting percentage for the first time in the third set, finishing with a .259 percentage and 12 kills.

Lukianova recorded a career high in block assists with six while both Maya Sullivan and Templeton tying a season high with five and four, respectively. Miami took the fourth set after senior Kolby Bird recorded six of her 13 kills.

“It’s great getting the win at home, but it also helps that Elizaveta, Haley and I have been here for three seasons and really know each other,” Bird said. “We connect well and it’s great to see it happen on the court.”

The Canes travel to Syracuse on October 12 and Boston College on October 14 for their two road ACC matches of the month. Miami finishes October hosting Clemson, Georgia Tech, Florida State and Virginia Tech.

The University of Miami – Coral Gables Campus has introduced an updated parking policy for the 2018-19 school year. Enforcement is now extended to seven days a week, 8 a.m. to 11 p.m. PayByPhone and additional pay stations are available across all campus parking lots and garages to facilitate visitor parking.