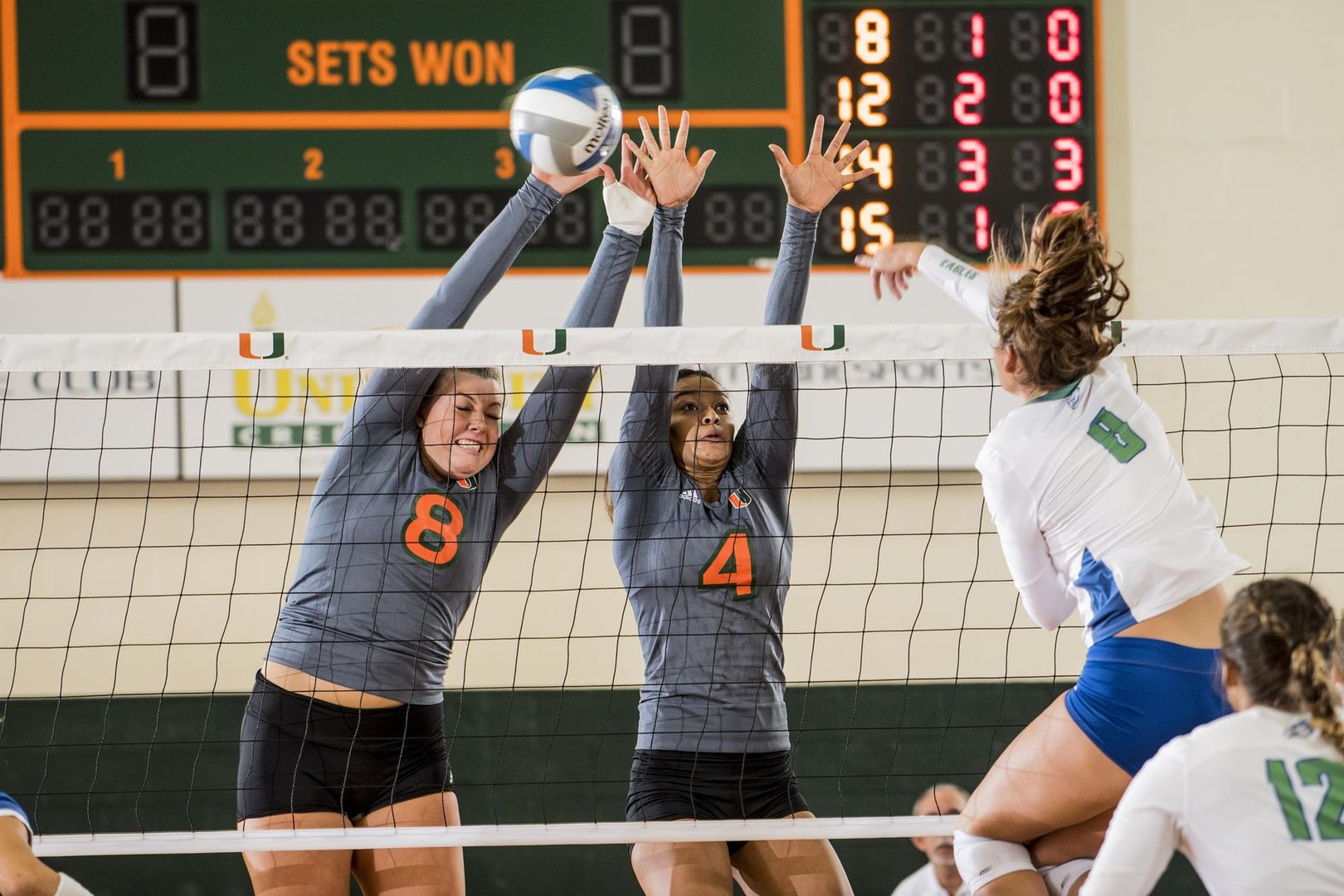 The Canes took the first set, 25-21, recording 15 kills off a .343 hitting percentage. Senior outside hitter Kolby Bird surpassed her 100th kill of the season on her first kill against the Cavaliers and finished the match with 13. This is the third time in the senior’s career where she’s tallied more than 100 kills in a single season.

Virginia (4-10, 0-4 ACC) took the second set, 25-21, and allowed only 11 kills from the Canes. Middle blocker Bridget Wallenberger tallied four of her 13 kills in the second, but the Canes’ late rally was denied by back-to-back kills from Virginia’s Sarah Billiard, who finished with a team-leading 14 kills.

The Canes return to the Knight Sports Complex on Friday, Oct. 5, to host UNC for its third home ACC match of the season. The Canes will then host NC State on Sunday at 1 p.m.