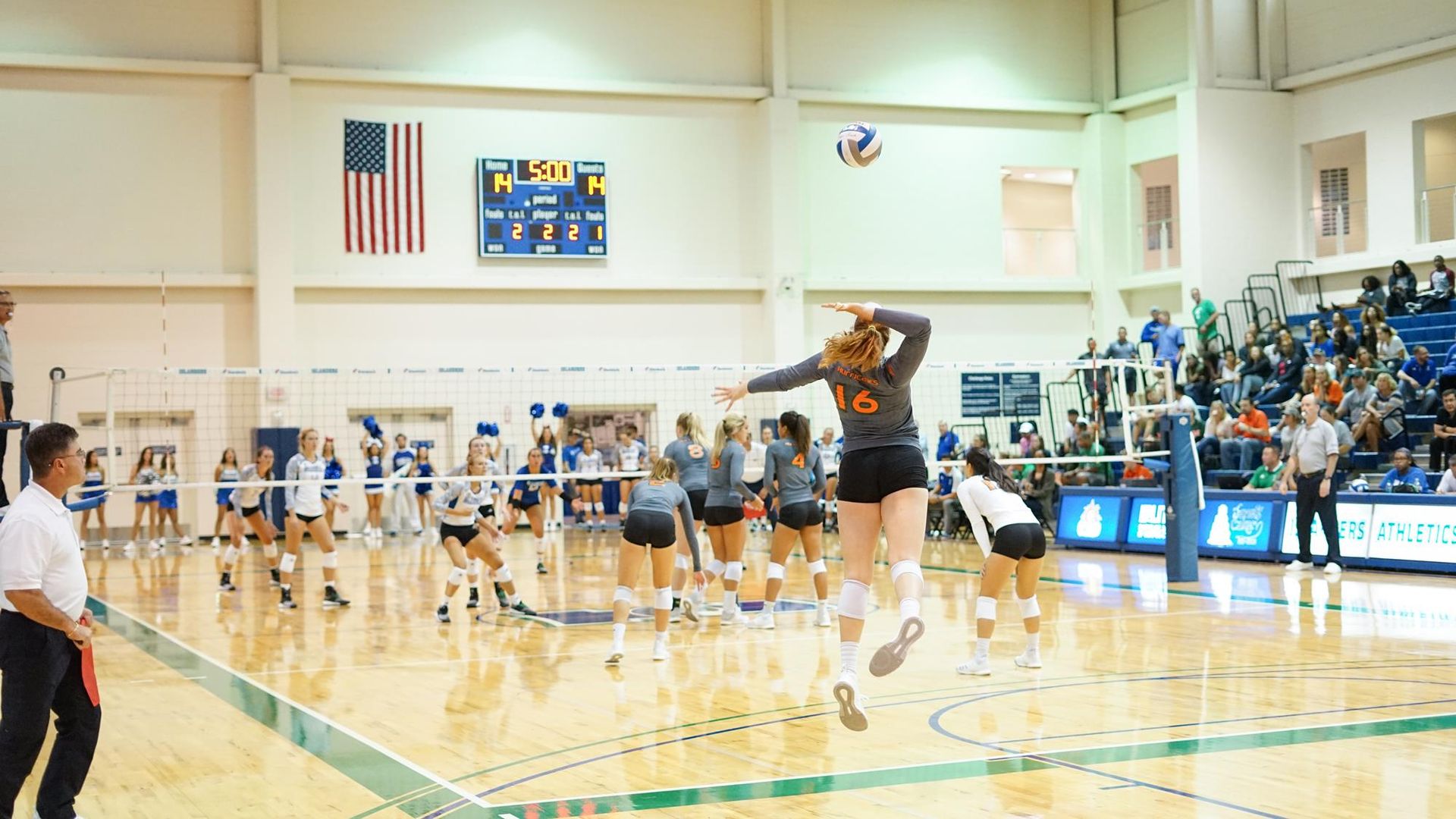 Volleyball Cruises Past Islanders With 3-0 Sweep

The Canes’ hot start was too much for the Islanders (1-9) to overcome, as Miami got back to .500 after a 25-15, 26-24, 25-23 win at the Dugan Wellness Center. Junior transfer Bridget Wallenberger’s dominance on both sides of the net continued to be a highlight for the Canes, as she led the team in both kills and blocking, tallying a co-season-high 11 and six , respectively.

Miami (3-3) jumped out early and took the first set, 25-15, with senior Kolby Bird leading the Canes with four kills, including the set point. What started as a close set with the two teams tied at eight, became a comfortable cruise for the Canes when they took the 16-10 lead off a Wallenberger kill. Miami took the last eight of 10 point to win the first set.

The Islanders started the second set with a 4-0 lead until freshman Chloe Brown recorded her third kill of the match. The set was tied 13 times and had three lead changes before the Canes ultimately took the second set, 26-24.

The third set was another back-and-forth battle between the two sides, but Bird, Brown and Wallenberger recorded 14 of the Canes’ 15 kills to push ahead of the Islanders.

Freshman libero Emily Damon tied a career high in digs with 16, while Wallenberger had a career-best .667 hitting percentage.

“It was a great team win,” Wallenberger said. “We’re improving still and I’m getting more comfortable with the team, so it’s fun to be a part of.”

Seniors Bird and Haley Templeton provided leadership on the court, while Bird led the Canes with 12 kills and Templeton with 28 assists.

The Canes take on the Texas Southern Tigers (1-7) Saturday at 11:30 a.m. ET for their final match in Texas. Miami returns home for a two-match series against LIU Brooklyn next weekend at the Knight Sports Complex.