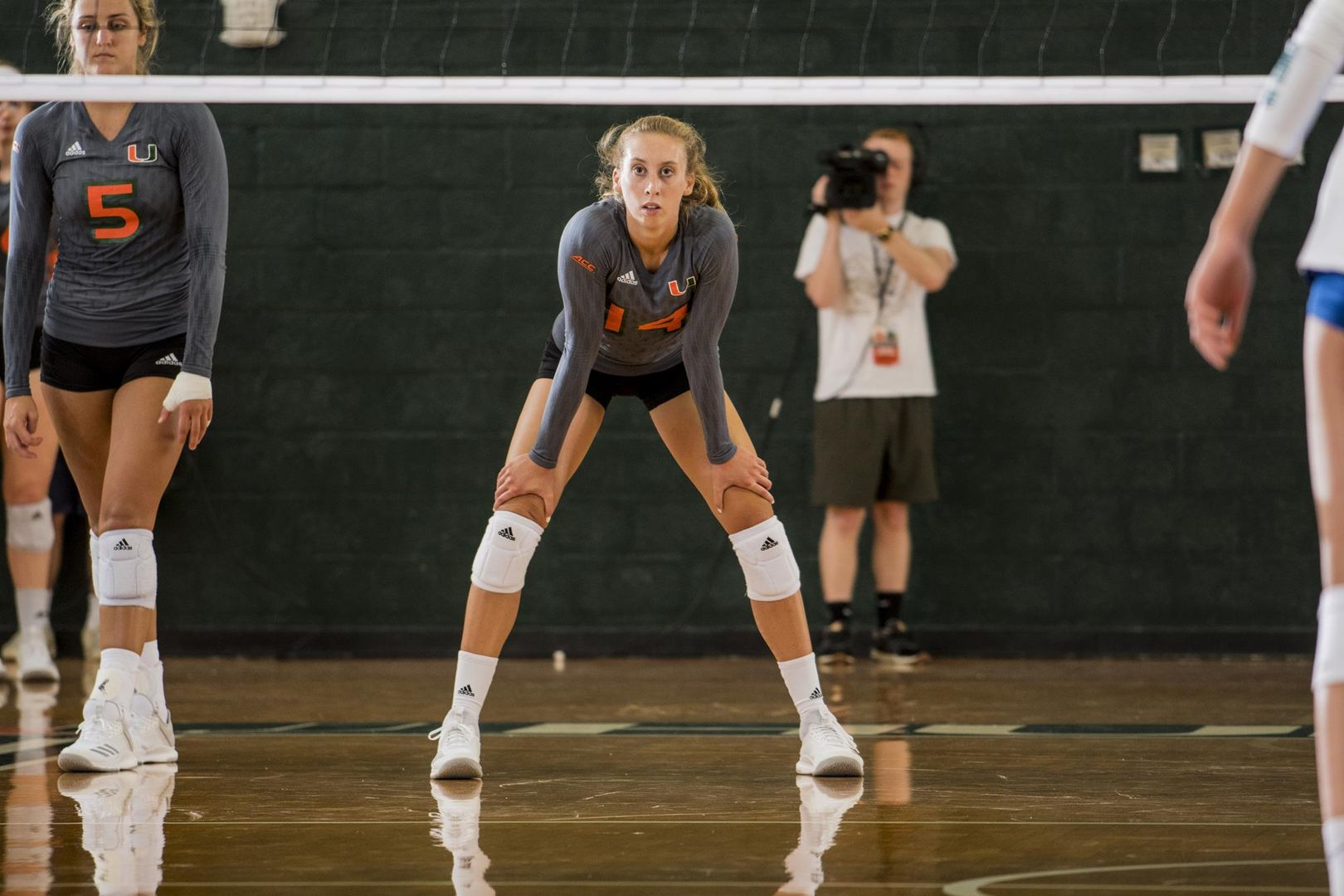 TRUJILLO ALTO, Puerto Rico – The University of Miami volleyball program dropped its first road match of the season to Towson, 3-0, on Friday night at the Puerto Rico Classic.

The young Miami squad experienced their first road match of the season at the Coliseo Ruben Zayas Motanez in Trujillo Alto, Puerto Rico. The crowd welcomed the Puerto Rico native, head coach Jose “Keno” Gandara with boisterous cheers prior to the match.

Returners Elizaveta Lukianova and Kolby Bird led the Canes with eight kills, while junior transfer Bridget Wallenberger finished the match with seven. The Milwaukee transfer, continued to have a strong showing on both sides of the net for the Canes finishing with a .353 attack percentage and tallying a team-high four blocks.

Miami produced a strong rally in the second cutting Towson’s 21-13 lead down to four points before the Tigers called the timeout, but Towson went on to take the set, 25-20.

Freshman libero Emily Damon had a strong night serving after her four-straight aces gave Miami an 8-7 lead early in the third. Damon recorded four of the Canes six aces on the night and now has a team-leading seven on the season.

Miami will face Missouri tomorrow at 8 p.m., in their final match at the Puerto Rico Classic. Missouri defeated Xavier 3-0 in their opening match of the tournament and improved to 3-1 overall.