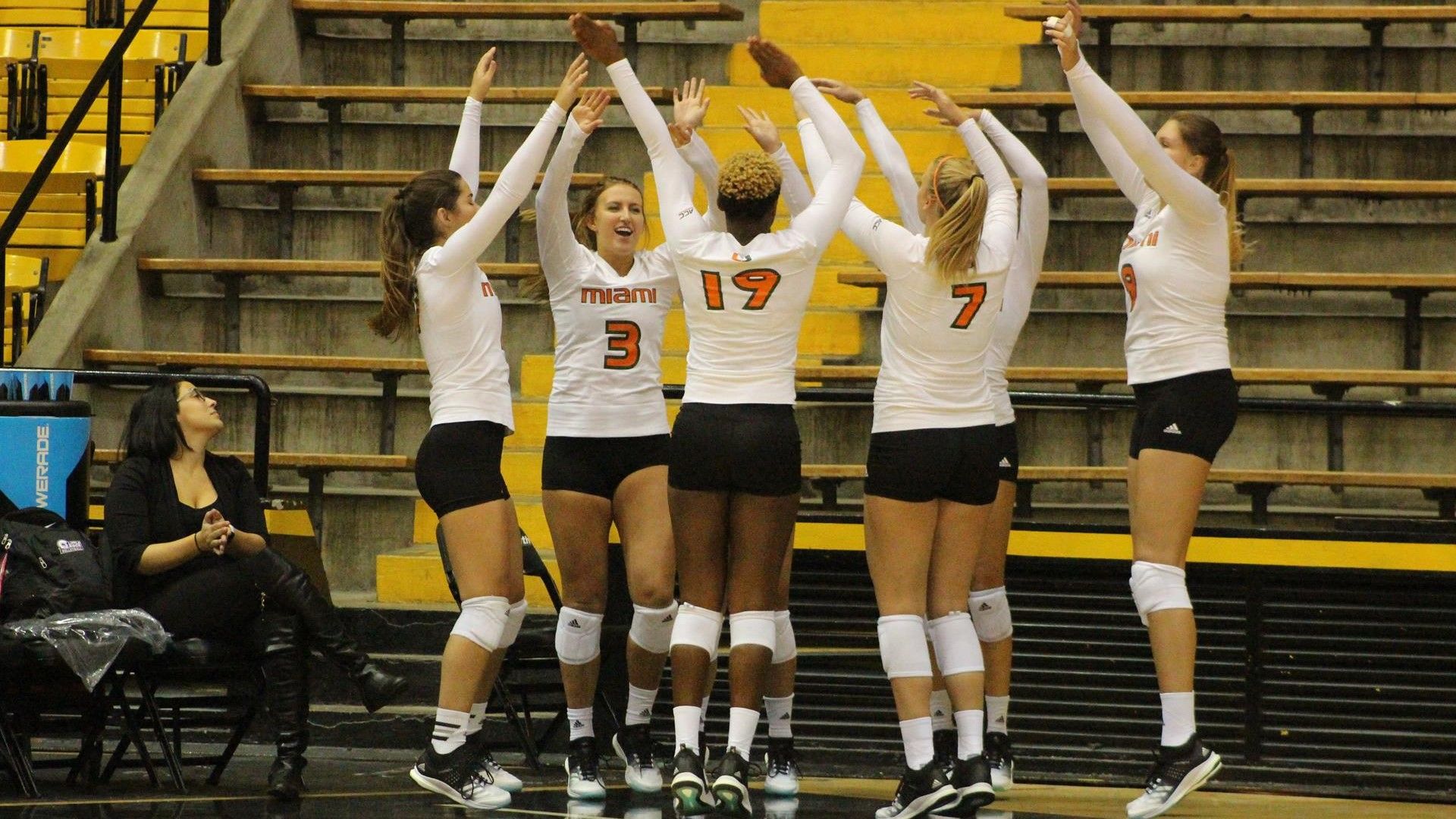 FORT MYERS, Fla. – The University of Miami volleyball team earned its second victory of the Sunshine State Classic with a sweep of UCF at Alico Arena Saturday afternoon.

The victory came after a balanced offensive effort in which six players contributed multiple kills. The only double-figure performance in attack came from Miami’s senior outside hitter Olga Strantzali, who had a match-high 15 kills. Kristina Fisher and Kia Bright paced UCF with nine kills apiece.

Haley Templeton ran the Canes’ offense for match-high 31 assists. The redshirt junior contributed four kills on .333 hitting, which was second-best in the contest.
Senior libero Sylvia Hernandez tied her season-high performance with match-best 19 digs. UCF had two players record 10+ digs – Jordan Pingel (11) and Miranda Watkins (10). Watkins was the Knights’ starting setter and finished with 16 assists to pick up a double-double.

Similarly to Friday’s match against FAU, Miami started the match with a bang and led 14-3 for the largest lead in the set. UCF managed to chip some of it away later in the set and come within four after canceling the first three Miami set points, but junior outside hitter Kolby Bird finally put the set to bed at 25-20 with her third kill of the match.

Templeton got the Hurricanes going early in the second set with a kill and a service ace for the early 3-0 lead. The Knights tied it at 7 all with a kill by Bright and even took brief leads with kills by Alli Sabol and Taylor Wickey at 12-11 and 13-12, respectively. With its lead just one at 17-16, Miami broke away to end the set on a 8-3 run. Strantzali, who had four kills in the run, Lukianova and Bird contributed three straight Canes kills to double their team’s set lead, 25-19.

Strantzali’s second ace of the match gave Miami a 8-2 lead in the third set, but UCF went on one of its best runs and managed to tie the score at 12 apiece despite a Hurricane timeout. The Canes later regained a comfortable four-point lead on another kill by Bird at 18-14 and managed to hold off the Knights’ surges. UCF never got within fewer than two points before Strantzali put an end to the contest with a kill for 25-22.

The Canes are back in action tonight against the Sunshine State Classic host, FGCU. First serve is at approximately 7 p.m.