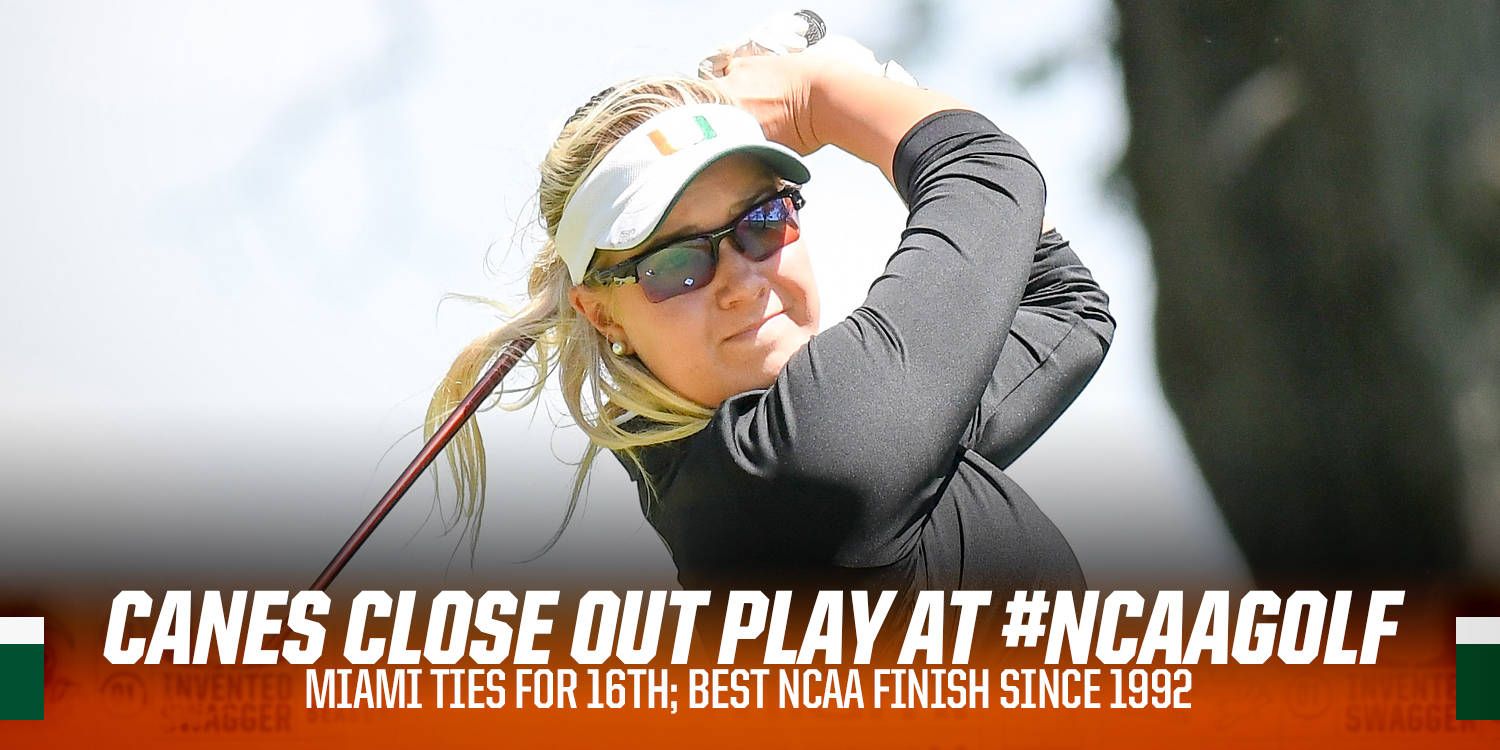 SUGAR GROVE, Ill. –  The No. 13-ranked University of Miami women’s golf team was unable to crack the top eight in the standings at the conclusion of stroke play and were eliminated from the 2017 NCAA Championship.

The Hurricanes fired a final round score of 310 to finish the tournament with a three-round total of 929 (65-over-par) and tied for 16th.

Miami’s finish in the NCAA Championship was its 10th top-20 finish in tournament history. The Hurricanes’ finish also was their best since the 1992 appearance when they placed 10th.

Sophomore Dewi Weber was the Hurricanes’ top finisher, as she tied for 24th with a three-round total of 229. Weber closed the tournament with a final round 77. The Netherlands native tallied four birdies and eight pars on the afternoon.

Miami freshman Filippa Moork turned in the Hurricanes’ best round of the day, as she posted a score of 74. Moork’s final-round 74 featured 14 pars and a pair of birdies. Her final birdie of the day came after she chipped in from the rough on hole No. 7.

Moork finished the tournament tied for 32nd with a three-round total of 230.

Fellow freshman Renate Grimstad also tied for 32nd for the tournament thanks to a final round 77. Grimstad’s Day 3 scorecard was highlighted by 11 pars and two birdies.

Senior Delfina Acosta and freshman Macarena Aguilera rounded out the Hurricanes’ top five as they both tied for 122nd (248).

The Hurricanes will return four of its five starters from this year’s squad, including All-ACC honoree Weber.

Miami’s trip to the NCAA championships marked its second consecutive trip to the national tournament under the direction of head coach Patti Rizzo.

Arizona State’s Monica Vaughn claimed the individual national title thanks to a three-round tally of 217.