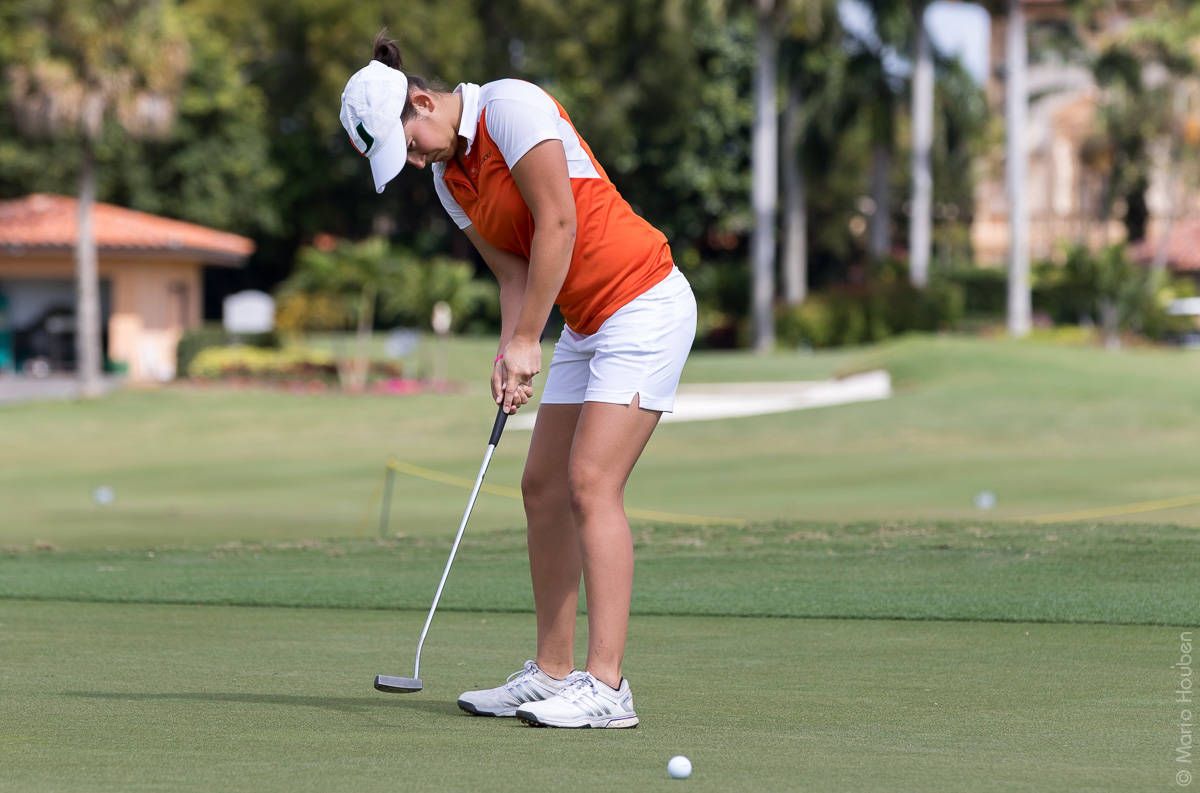 GREENSBORO, N.C. – The No. 15-ranked University of Miami women’s golf team wrapped up competition at the 2017 Bryan National Collegiate Sunday afternoon and finished seventh.The Hurricanes fired a final day team score of 296 and finished the event with a three-round score of 883.

The tournament was held at the par 72, 6,386-yard Bryan Park Champions Course.

Sophomore Dewi Weber just missed her seventh top 10 finish of the 2016-17 season as she tied for 11th. Weber finished the tournament with a three-round total of 216. The Netherlands native carded a final round 73 and registered birdies on holes 9 and 13.

Miami also received a strong tournament showing from senior Delfina Acosta as she finished the event tied for 16th (218). Acosta closed with a final round 75 and tallied birdies on holes 1, 3 and 11.

Freshman Filippa Moork made a strong push on the final day of competition as she jumped 14 spots and finished the tournament tied for 31st. The Sweden native fired a final round of even par (72) and posted four birdies on the afternoon.

Moork closed the event with a three-round total of 224.

Freshmen Renate Grimstad and Macarena Aguilera rounded out the Hurricanes’ top five as they are tied for 55th and tied for 59th, respectively.

Alabama won the team title with a three-round score of 851. Alabama’s captured medalist honors thanks to a tournament total of 208.

The Hurricanes return to action on April 13 as they take part in the 2017 ACC Championship in Pawleys Island, S.C.