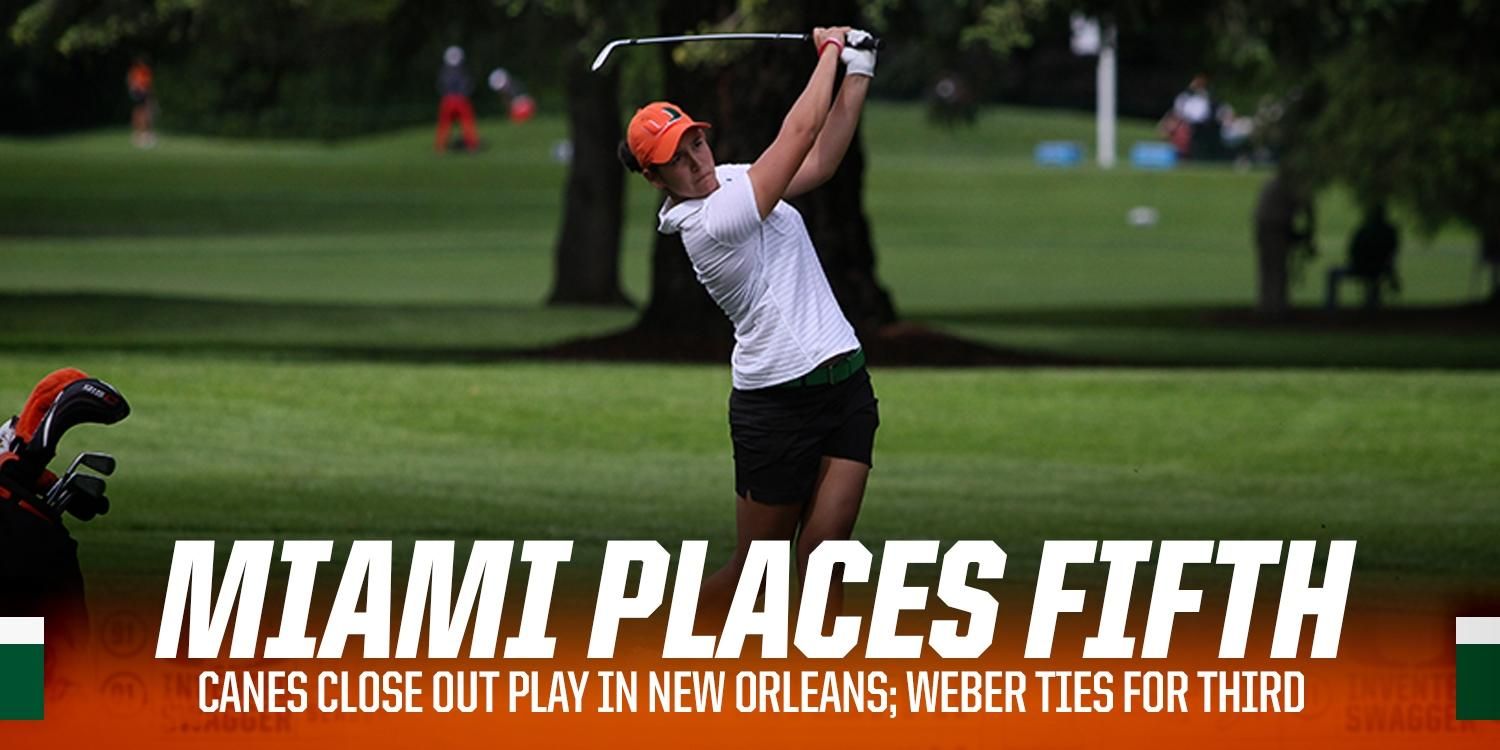 @HurricanesGolf Closes Out Play at the Allstate Sugar Bowl Intercollegiate

NEW ORLEANS – The No. 11-ranked University of Miami women’s golf team wrapped up play Monday evening at the 2017 Allstate Sugar Bowl Intercollegiate Championship and finished fifth.Teams concluded tournament play on Monday due to the heavy rain forecast on Tuesday.The Hurricanes finished the tournament with a three-round score of 877. Miami posted a final round score of 294.

Dewi Weber continued her strong sophomore campaign as she tied for third. The Netherlands native closed the tournament with a two-day total of 213. Weber finished the tournament three-under-par, following her final round score of even par.

Weber’s top 10 finish was her fifth of the season. Dating back to last season, Weber has finished in the top 10 in seven of her last eight tournaments.

Freshman Filippa Moork finished 21st after she posted her third straight round of 73.  She wrapped up play with a combined score of 219.

Senior Delfina Acosta and freshman Macarena Aguilera rounded out the Hurricanes lineup as they tied for 35th and 47th, respectively.

Arizona’s Haley Moore finished the tournament with a three-round total of 210 to claim medalist honors. No. 1-ranked Stanford won the team title with a combined score of 863.

The tournament was held at the par 72, 6,239-yard English Turn Golf and Country Club.

Miami returns to action on Feb. 27 at the Hurricane Invitational. The three-day event will serve as the Hurricane’s lone home tournament of the season.