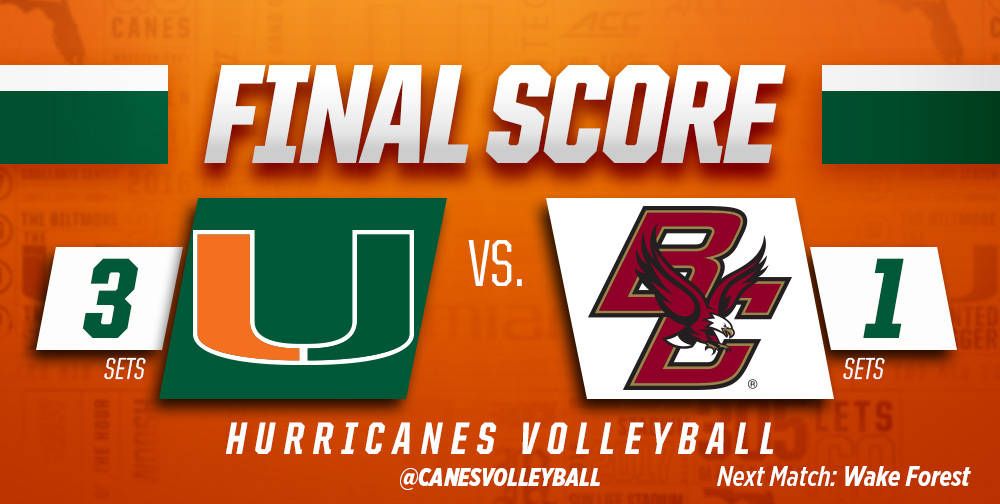 CHESTNUT HILL, Mass. – The University of Miami volleyball team closed the weekend with a four-set victory at Boston College.

Anna Haak led Miami with her seventh double-double of the season, finishing with a team-high 14 kills, a team-leading 11 digs, six blocks an assist and a service ace.

Miami’s middle blockers had career performances against Boston College. Madison Dill finished with a career-best nine kills on a .571 attack percentage and have a career-high seven blocks. Lucia Pampana had eight kills on a .438 hitting percentage and tied her career best with eight total blocks.

Following this weekend’s matches, the Hurricanes will play their final two road contests of the season. Miami will play at Wake Forest at 6:30 p.m., on Nov. 18 and will take on Duke at 1 p.m., on Nov. 20 in a match that will air on ACC Network Extra.