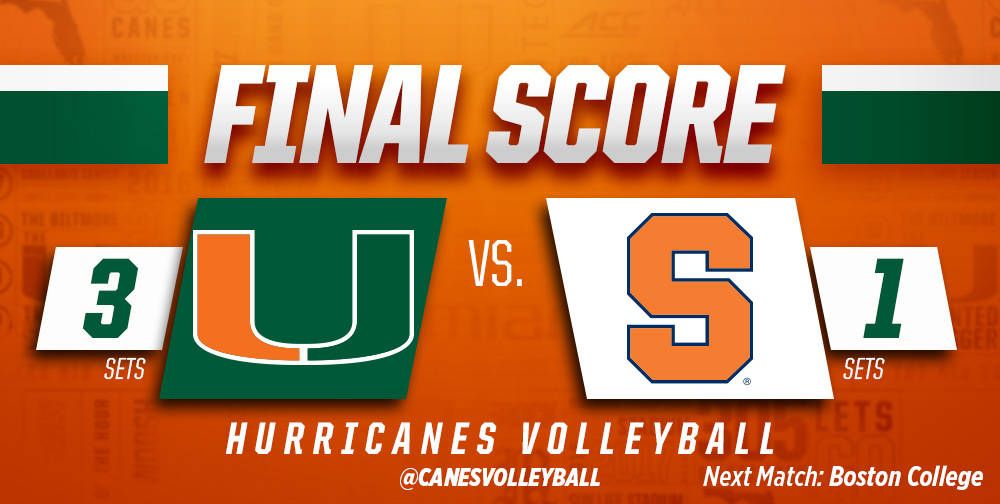 SYRACUSE, N.Y. – The University of Miami volleyball team opened its four-match road trip with a victory at Syracuse on Friday night.

Miami had two attackers finish with over 20 kills against Syracuse. Olga Strantzali led the Canes with 23 kills on a .372 attack percentage, adding 14 digs, three blocks and four service aces to tally her 10th double-double of the season.

Anna Haak was the second Cane with 20 kills, closing the night with a career-best 21 to go along with a .300 hitting percentage, eight digs, four assists and a block.

Kolby Bird had two kills, three digs and a block, while Sylvia Hernandez finished with 13 digs, four assists and a service ace while serving as Miami’s libero.

Sara Duque had two digs and Carly Davey also saw action in reserve for the Hurricanes.