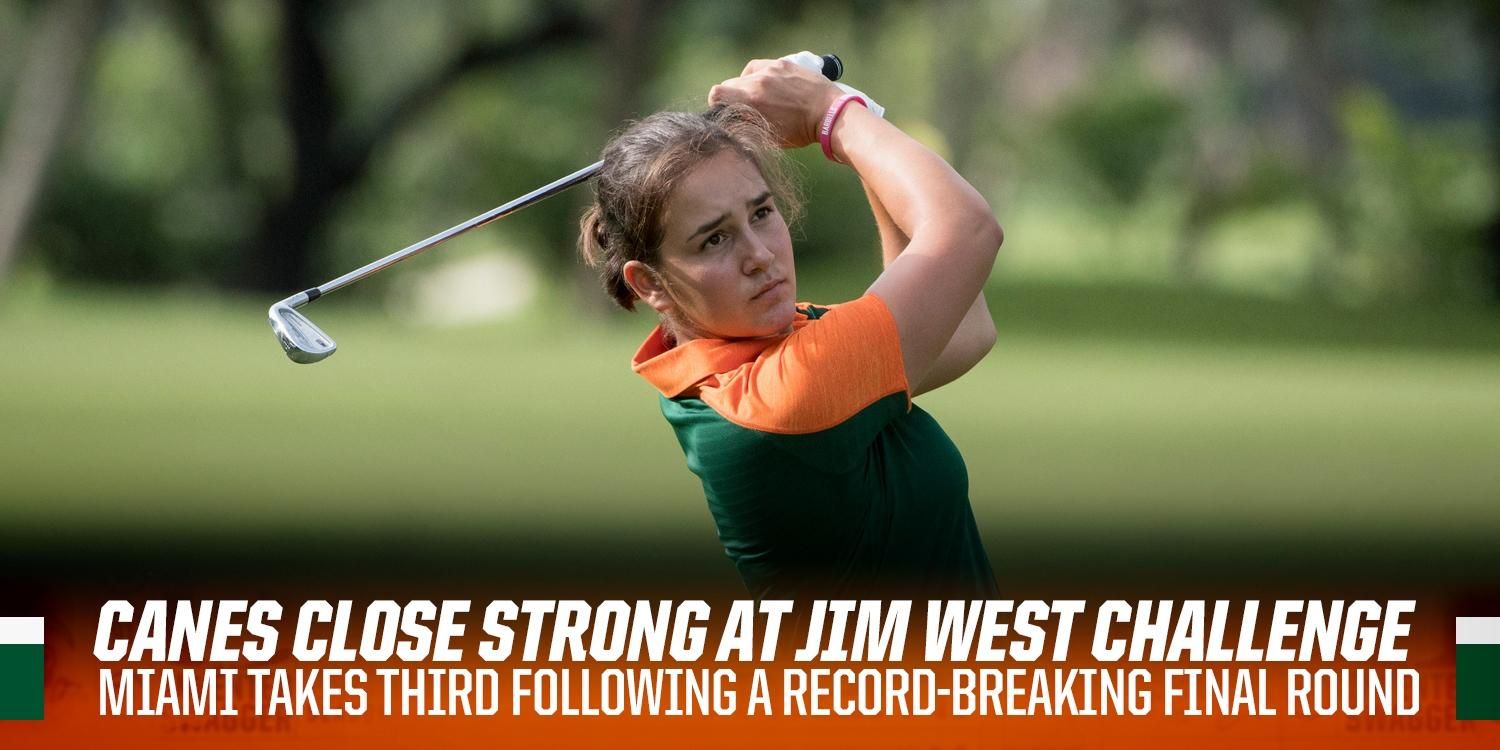 HOUSTON, Texas – The University of Miami women’s golf team posted a school record, single round team total of 271, in the final day of competition on Monday to propel the Hurricanes to a third-place finish at the 2016 Jim West Challenge.

After posting scores of 290 and 292 in the first and second rounds, the Hurricanes caught fire in the third as it shot the best overall round of any team for the entire tournament (17-under-par) and would go on to finish 11-under-par.

Miami individuals posted 25 birdies over the course of the final round. In addition, four Hurricanes carded rounds under 70.

Sophomore Dewi Weber led the way for Hurricanes as she finished a combined four-under-par (212) and tied for eighth. Weber saved her best for last as she carded a five-under-par, 67.

Senior Delfina Acosta and sophomore Filippa Moork also turned in top 25 performances as they tied for 15th and 20th, respectively. Acosta was consistent throughout the challenge as she carded an overall score of 214 and finished two-under-par. Moork closed the tournament on a high note as she posted a third round score of four-under-par, 68. She closed the two-day event with a score of 215.

Senior Daniela Darquea and freshman Renate Grimstad also turned in strong performances as they both tied for 30th (219). Darquea closed the tournament on a high note with a final round 67, while Grimstad carded a 69.

Florida State won the tournament, finishing 24-strokes under par. FSU’s Matilda Castren earned medalist honors after she shot 13-under for the tournament.

The Hurricanes are back in action on Oct. 17 as they participate in the in the Betsy Rawls Invitational in Austin, Texas.