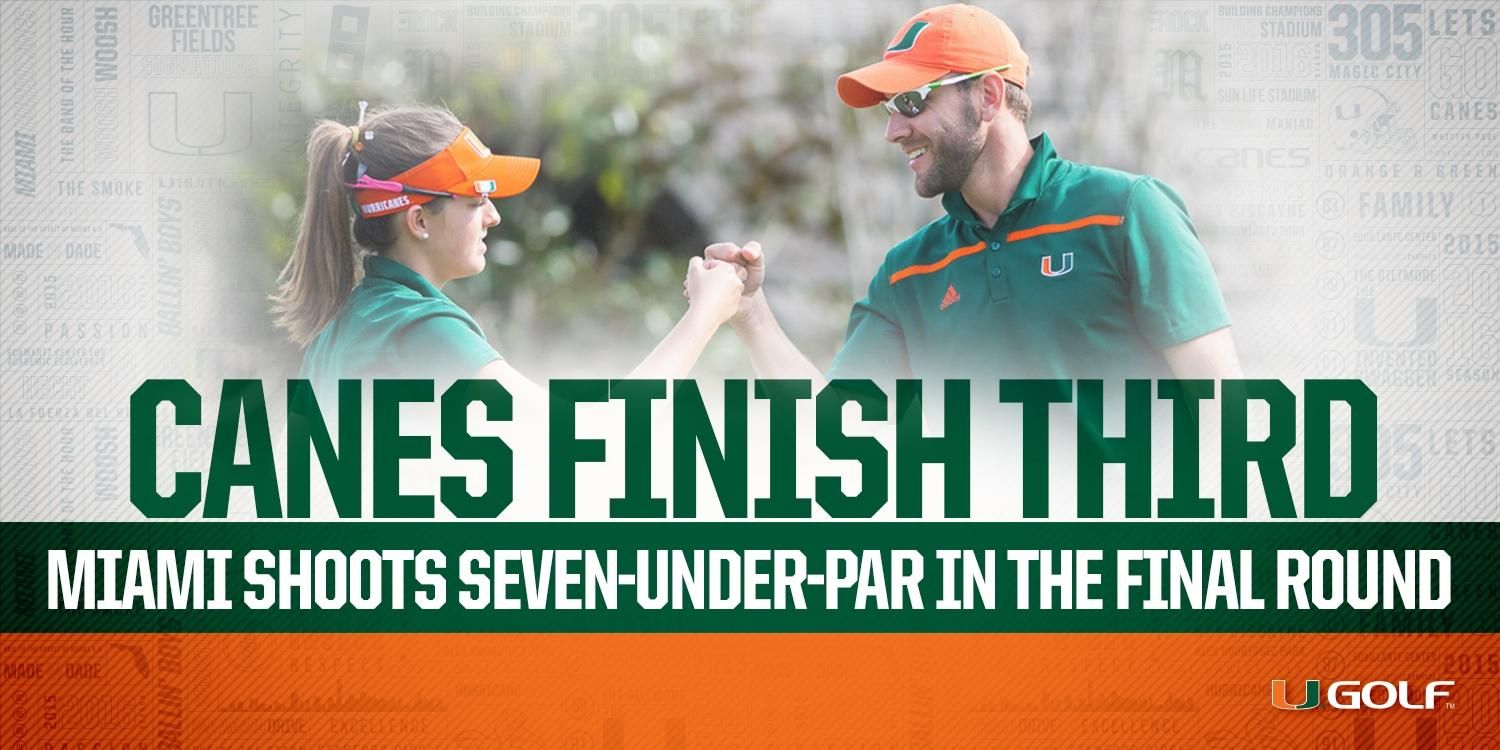 The Hurricanes finished the tournament on a high note as it carded a final day score of seven-under-par, 277 to close out the event with a three-round total of 854.

Miami’s final day score was the second-lowest score among the tournament field and was the lowest score of any round the Hurricanes have played this year. Miami’s previous low score came in the third round of the Dick McGuire Invitational in Albuquerque, N.M., where it carded a team total of 288.

Junior Daniela Darquea led the way for the Hurricanes as she placed sixth with a three round total of 210. Her final round score of three-under-par 68 was her second straight round under 70.

Darquea’s sixth-place finish was her fourth top 10 finish of the year.

Freshman Luiza Altmann also carded a second-consecutive round under 70 after she carded a 69 to finish the event with a three-round total of 214 to finish tied for 14th.

Fellow freshman Dewi Weber also finished strong as she carded a one-under-par score of 70 to conclude the tournament tied for 24th.

Northwestern won the tournament with a three-round total of 854. NU’s Hannah Kim captured the individual crown as she finished with a 14-under-par score of 199.

Miami returns to action on Monday, March 14 as it heads to the Wildcat Invitational in Tucson, Ariz.