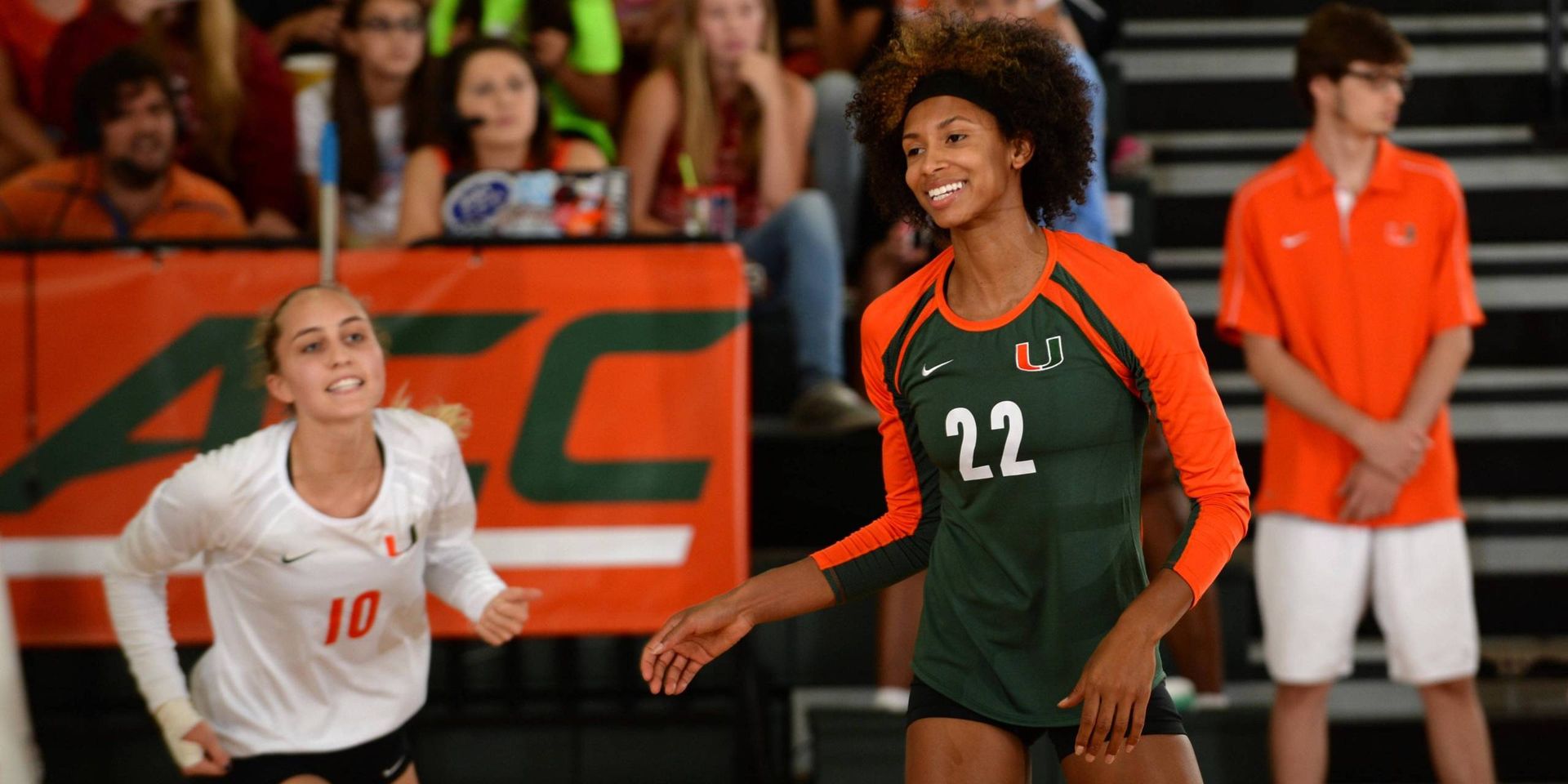 The Canes had double-doubles from senior Savanah Leah, junior Taylor Scott, sophomore Kelsie Groot and freshman Haley Templeton in their four-set victory over the Orange.

Leaf led all Hurricanes with 25 kills, hitting .345 for the match while adding 14 digs, four bocks and an ace. Miami also got double-digit kills from Scott (13) and Groot (12). Scott, who finished with 13 kills, and 14 digs, was active in Miami’s attack, while Groot had a team-high five aces to go with her 11 digs and two blocks.

Templeton tied her career-high with 53 assists, the freshman setter hit her career-best for the fourth time, adding 15 digs against Syracuse.

Junior defensive specialist Kalysta White tied with Templeton to lead Miami with 15 digs on the night, while freshmen Michele Marenus and Sylvia Hernandez contributed off the bench for Miami.

The Hurricanes are back in action Sunday, playing at noon at Boston College. Following this weekend’s trip to Syracuse and Boston College, Miami returns home for a pair of matches against Virginia Tech and Georgia Tech.

Miami will host the Hokies on Oct. 17 at 7 p.m. in the annual “Dig Pink” match to help find a cure for breast cancer. Dig Pink t-shirts will be available for purchase with proceeds going towards breast cancer research. Miami’s match against the Yellow Jackets is set to begin at 1 p.m. on Oct. 19.