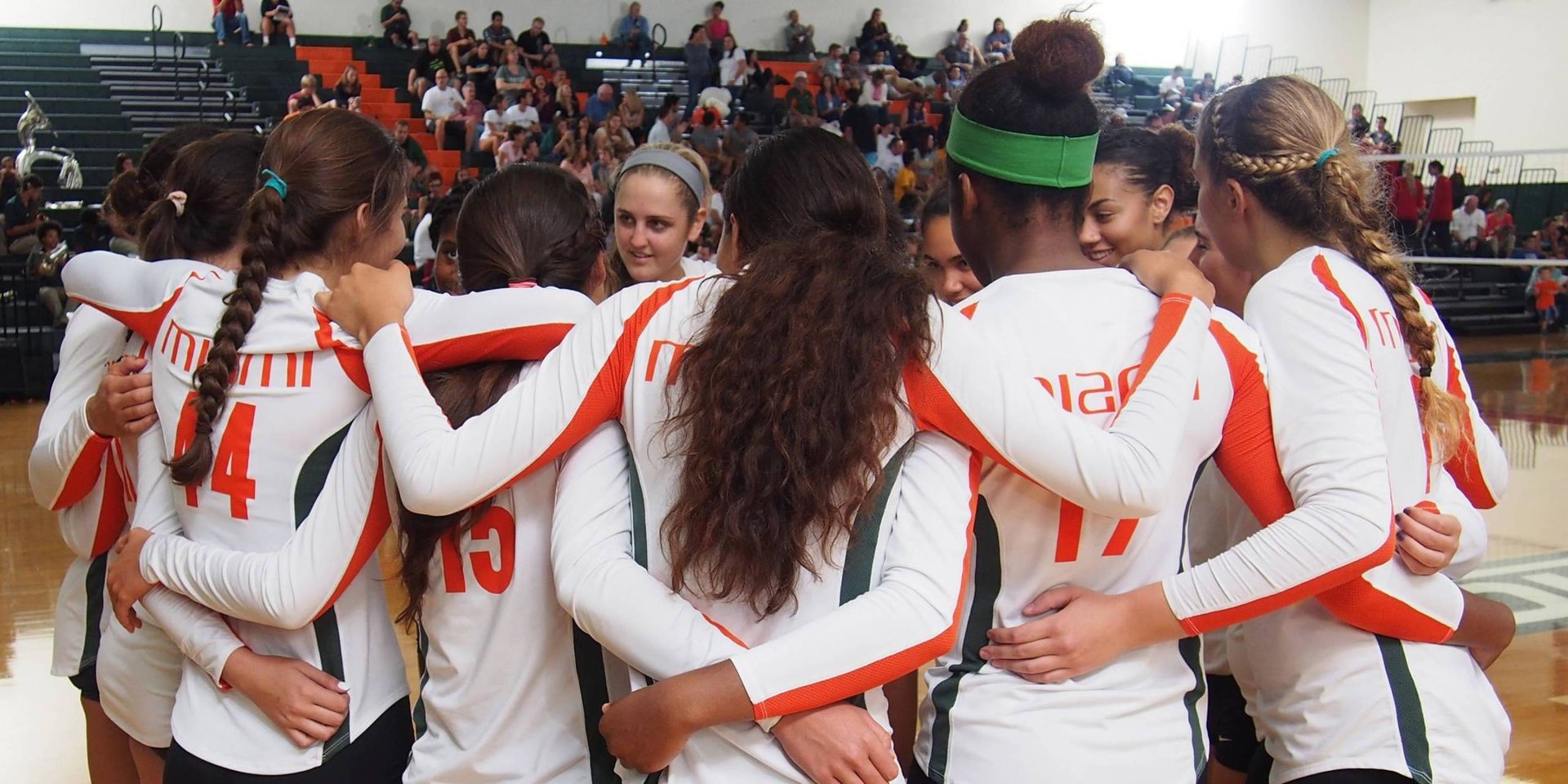 The Canes traveled to Durham, N.C., to face the reigning ACC champion Blue Devils and Duke defended its home court.

The Blue Devils took the opening set, 25-21, but Miami’s balanced attack hit .294 while getting kills from five different players. Savanah Leaf and Haley Templeton led the Canes with four kills apiece in the opening set, while Sakile Simmons (three kills), Emani Sims (two) and Taylor Scott (one) also got involved in the attack.

Duke took a 2-0 lead into the intermission after winning the second set, 25-19. Miami struggled to slow the Blue Devils’ attack. Duke hit .425 over the first two sets, while the Canes hit .236.

The Blue Devils took the third set, 25-14, and the match. Duke finished the afternoon hitting .427 and held the Hurricanes to a .192 attack percentage.

Leaf led the Canes with 10 kills, adding five digs and an ace. Sims and Kelsie Groot tied for the team lead with three blocks apiece. Sims, who has seven kills, hit .636 for the match. Simmons finished the match with six kills and two blocks.

Templeton dished out 21 assists and had two service aces to go with her four kills. Groot and defensive specialist Kalysta White each had a team-high six digs.

The Canes are back in action next weekend, hosting Clemson and Florida State. Friday’s match against Clemson is set to begin at 7 p.m. and Sunday’s match versus the rival Seminoles begins at 2 p.m. Admission is free to both matches.