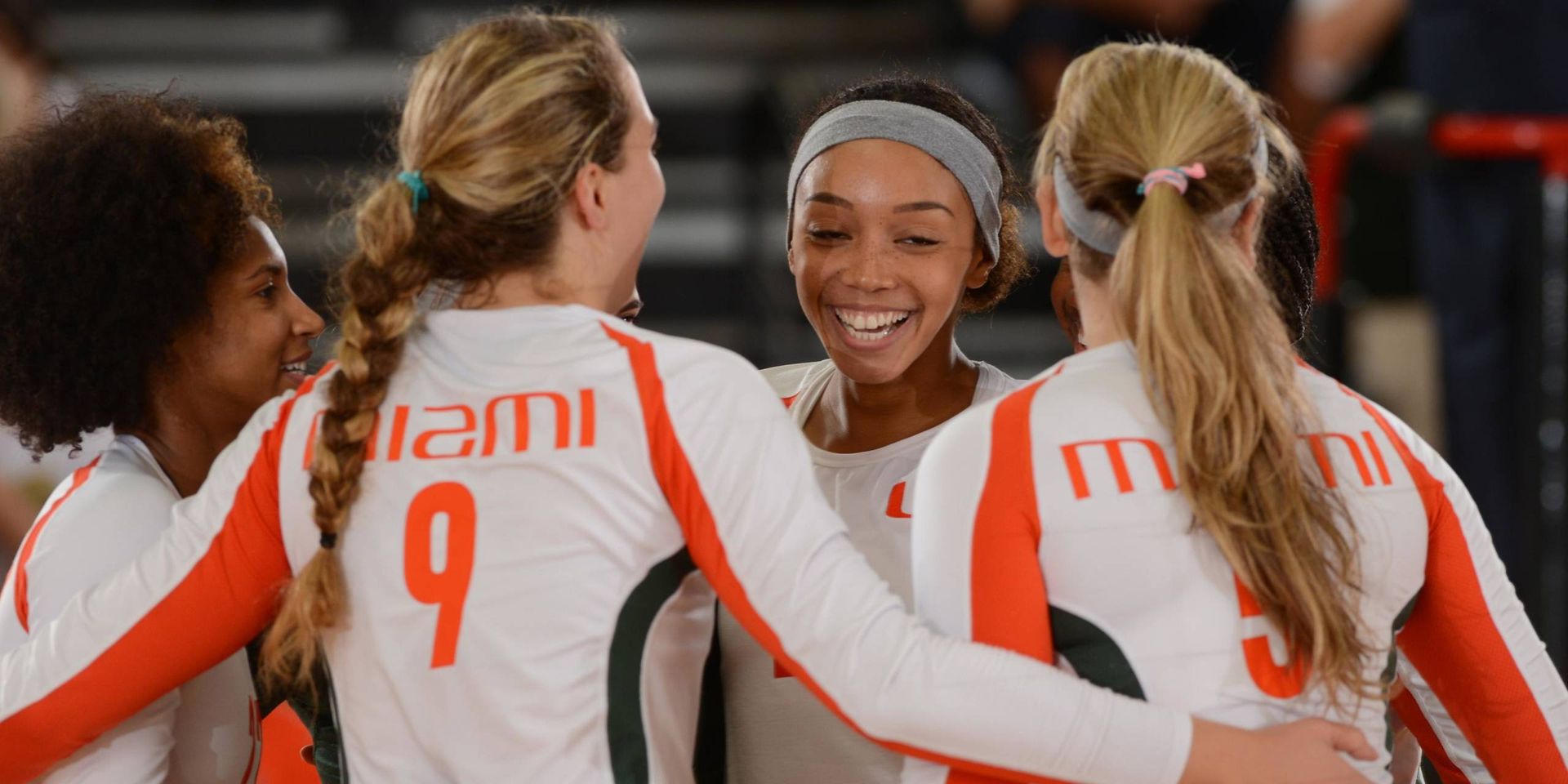 CORAL GABLES, Fla. – The University of Miami completed an undefeated weekend at the Hurricane Challenge, defeating Missouri in four sets.

The Canes earned a 3-1 victory over the reigning SEC champions thanks to a team effort that saw six Hurricanes combined for 65 kills.

“It shows the depth of our team,” senior Emani Sims said. “Taylor [Scott] was doing well tonight. Our outsides were on fire the whole night. Sakile [Simmons] and I also contributed enough, as well. Even our blocking was a lot better than it has been and our passing was phenomenal. Hats off to the passers because they really get the offense going.”

Miami took the first set, 25-22, thanks to an aggressive attack led by Taylor Scott (six kills) and Savanah Leaf (five kills). The Canes also held Missouri to a .105 attack percentage in the opening set.

“Personally, it’s probably the biggest win so far of my season here, so I’m really excited,” Scott said. “They’re a great team. Kudos to them with everything, but we played really well and I’m happy.”

The Canes looked dominant in the second set as they hit .429 on their way to a 25-16 win. Leaf was impressive, hitting .800 and leading Miami with four kills. Scott was not far behind, tallying three kills, while Emani Sims had two key blocks to help Miami take a 2-0 lead into the intermission.

The fourth and final set was a battle early, but ended all Miami as the Hurricanes secured the match with a 25-18 win in the fourth set. Leaf, Sims and Scott combined for 17 kills in the final set to power Miami to victory.

“It shows the perseverance of our team,” Sims said. “After losing the third set and coming back and winning the fourth, it feels good. It shows what it’s going to be like once we start playing in the ACC. Teams are always going to fight back and that’s reality.”

“That’s definitely what we needed this week because last weekend was tough for us and we came together,” Leaf said. “We started communicating more. We played with more passion and that’s something we’ve been really trying to work on. We were just competing within ourselves. Taylor [Scott] played amazing and she always pushes me. It’s great to have another outside to force me to work even harder. Everyone played really well. I mean the middles are always up, which helps outside hitters. Haley [Templeton] played really well. Defensively, we had people going for balls I’ve never seen them go for. It’s really nice to see people go outside of themselves and do something more than they did last weekend.”

Sims finished the night with nine kills and four blocks, while Simmons led the Hurricanes with six blocks and added six kills.

“Beating the No. 1 team from the SEC, that’s great,” Scott said. “Conference wise, ACC is definitely a force to be reckoned with. I’m really excited for ACC play. It’s going to be a battle.”

Miami opens ACC play next Friday when they host Notre Dame. First serve is scheduled for 7 p.m. and admission is free.