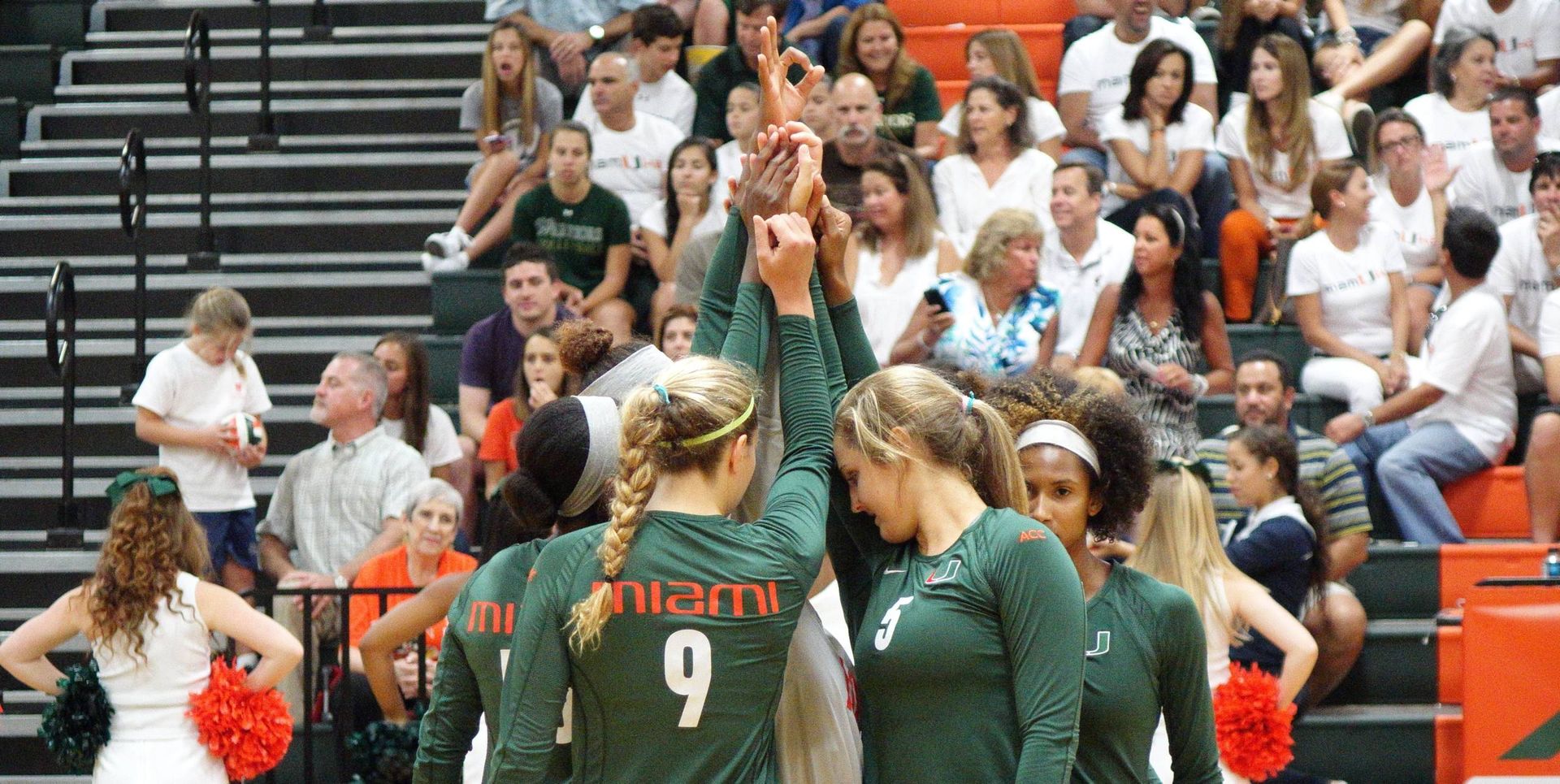 @CanesVB Falls to UALR in Fort Worth, 3-1

FORT WORTH, Texas – The Miami Hurricanes battled against Arkansas-Little Rock, but dropped their first match at the TCU NIKE Invitational.

Miami, who entered the weekend leading the ACC with a .315 hitting percentage, struggled to get the attack running efficiently. The Canes hit .213 against UALR, while the Trojan attack combined to hit .378.

The Canes return to the court Friday night to face the host TCU Horned Frogs at 9 p.m. ET. Miami’s final match of the weekend is scheduled for 4:30 p.m. ET on Saturday against Prairie View A&M.