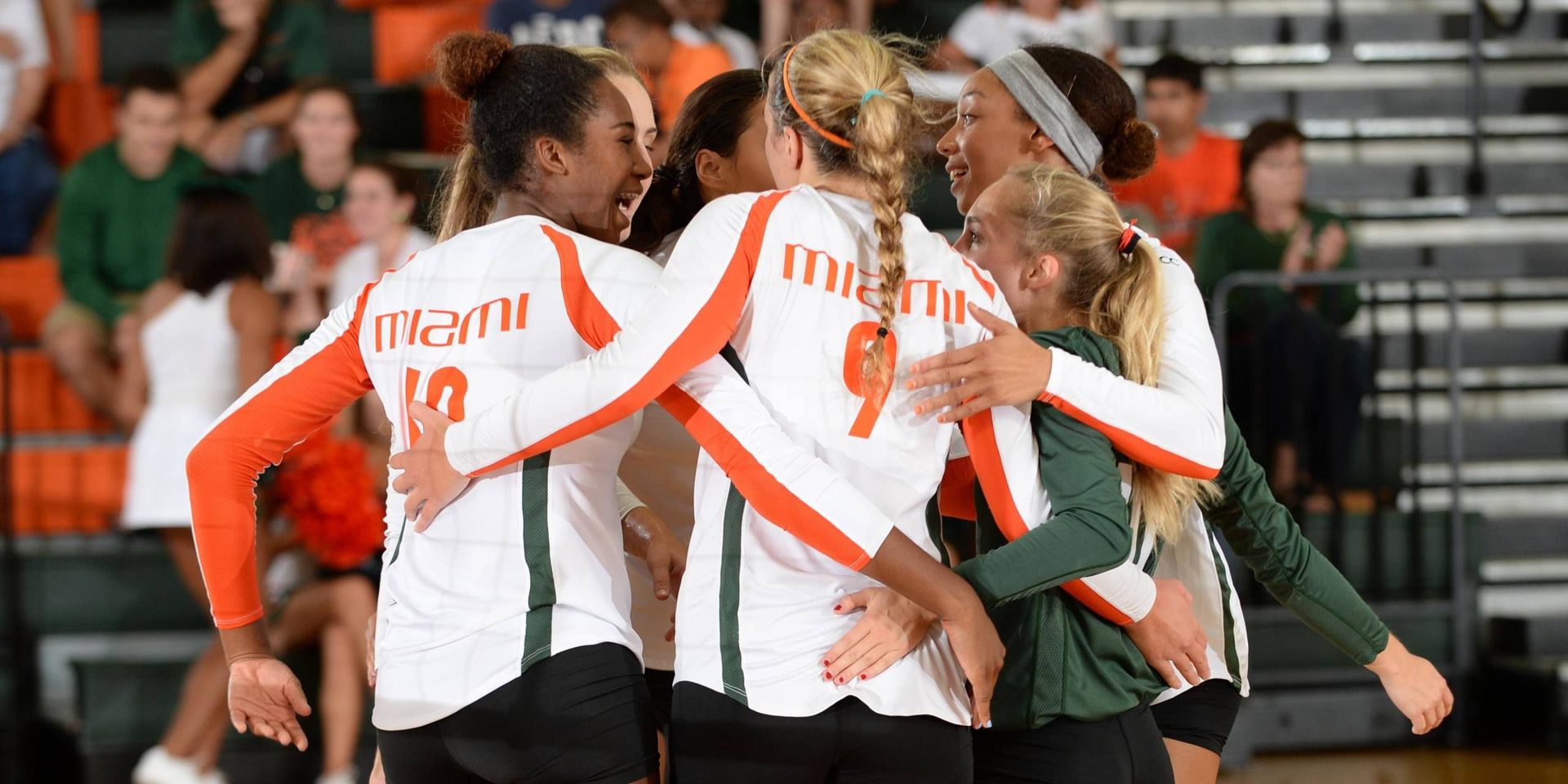 CORAL GABLES, Fla. – The University of Miami defeated Florida Gulf Coast in three sets to complete a sweep of the 2014 Hurricane Invitational.

“It was nice to be able to see people out there in different roles and see what they’re doing in practice,” Miami head coach Jose “Keno” Gandara said. “It’s the ultimate when you can do in games what you do in practice. We still have to find our rhythm, offensively, at times. Our blocking is the next thing to get in place.”

Savanah Leaf, who finished with 11 kills, six digs and an ace, powered the Canes in the first set. The senior collected five kills, while Taylor Scott and Kelsie Groot each added three kills in the 15-point, first-set win.

“Savanah was playing opposite,” Gandara said. “She brings a different dimension to the team that we can really exploit. Kelsie and Taylor keep getting better. Then, we have good players on the bench. Every week is a different week, but I like what we did this weekend and I’m pretty excited.”

Miami took the second set thanks in part to strong serving. Groot, Leaf, Emani Sims and Caitilin Donahoe each had an ace that helped Miami take a 2-0 lead in the match.

“It makes me feel really good to come out in our first preseason tournament at home with all our fans here,” Sims said. “We just kind of wanted to bring it home. We went 2-0 to start and we wanted to bring in our third win. “

Groot was a force in the final set, collecting 8 of her team-leading 13 kills. The sophomore finished the night with five blocks, an ace and four digs to go with her match-high in kills.

Haley Templeton and Caitilin Donahoe combined for 31 assists in the victory. Freshman defensive specialist Sylvia Hernandez had eight digs in her first start as a Hurricane, while freshman middle blocker Sakile Simmons finished the night with two kills and four blocks.

“We have pretty good balance and that’s the ultimate goal,” Gandara said. “What we’re looking for with our setters is to spread the wealth a little bit and get people involved early in the game, so we can do attack their block when they show us what they’re doing. Caiti came in, did a good job. Haley did a good job. We’re digging more balls. Sylvia did a good job.”

The Hurricanes travel to Forth Worth, Texas next weekend to compete in at tournament at TCU. Miami will face Arkansas-Little Rock on Sept. 5 at 10 a.m. ET and will return to the court to face the host Horned Frogs that night at 8 p.m. The Hurricanes’ final match in Fort Worth is scheduled for 3:30 p.m. ET on Sept. 6 against Prairie View.

“We did what we wanted to do. Obviously you play to win, but we also got some work done. This week is over. We can enjoy the wins tonight, but we move on. We have a big task next weekend.”