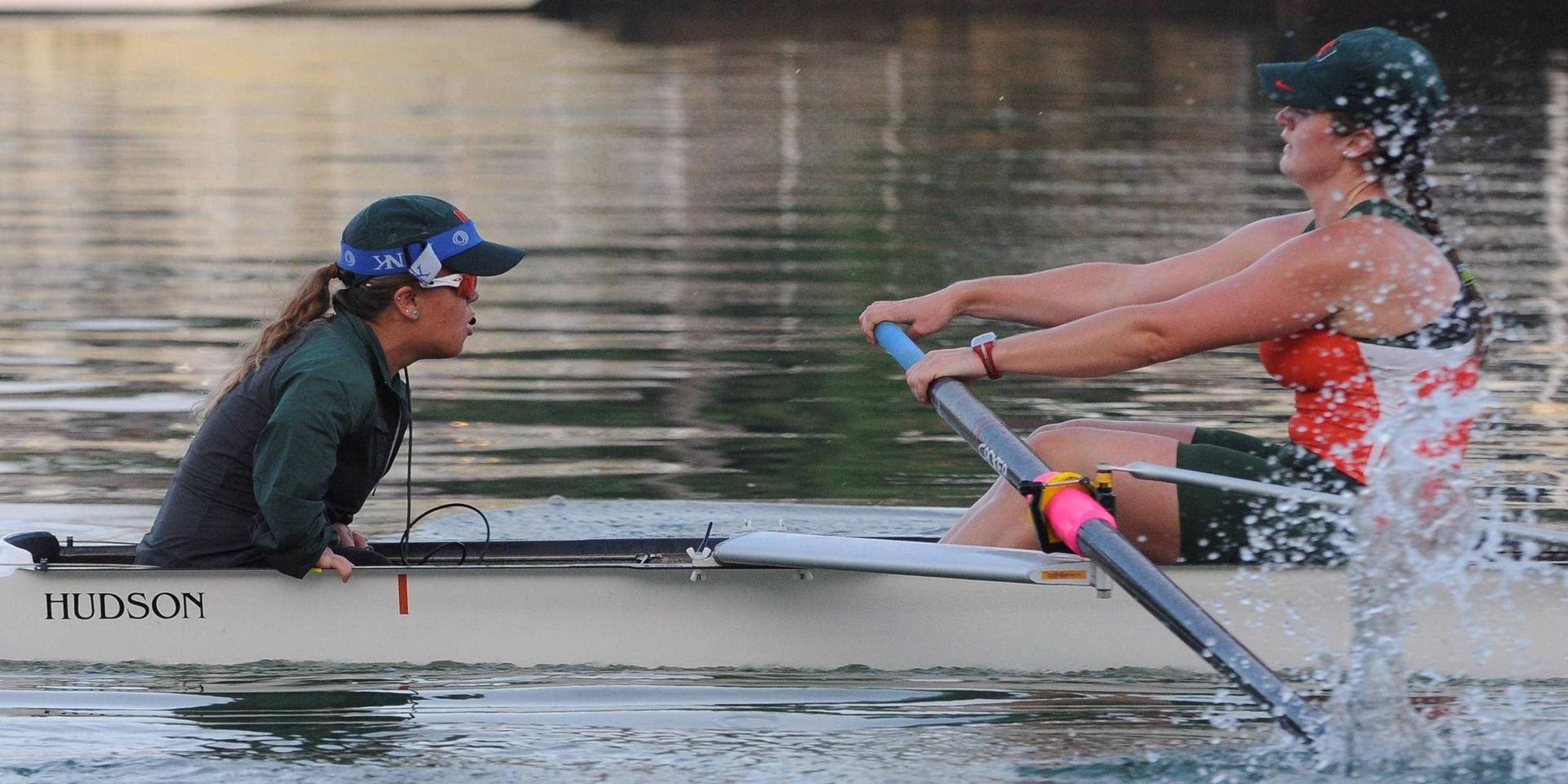 ORLANDO, Fla. — The University of Miami rowing program had a strong start at the 2014 UCF Invitational.

The Hurricanes competed in two sessions of racing on Saturday, battling against Tulsa, Old Dominion and the host, UCF. Miami raced a 1V8+, 2V8+ and V4+on Lake Pickett, home to the UCF rowing program.

“The student-athletes were able to improve from race-to-race today,” Miami head coach Dave Sanderson said. “Tomorrow is a whole new day of racing and the team will try to apply what they learned today. It will be critical for them to press forward with an outstanding attitude and great effort.”

Sunday morning’s session has the Canes facing boats from all four schools in the 1V8+, 2V8+ and V4+ divisions. Miami’s races will start every 20 minutes beginning with the V4+ at 9:40 a.m.