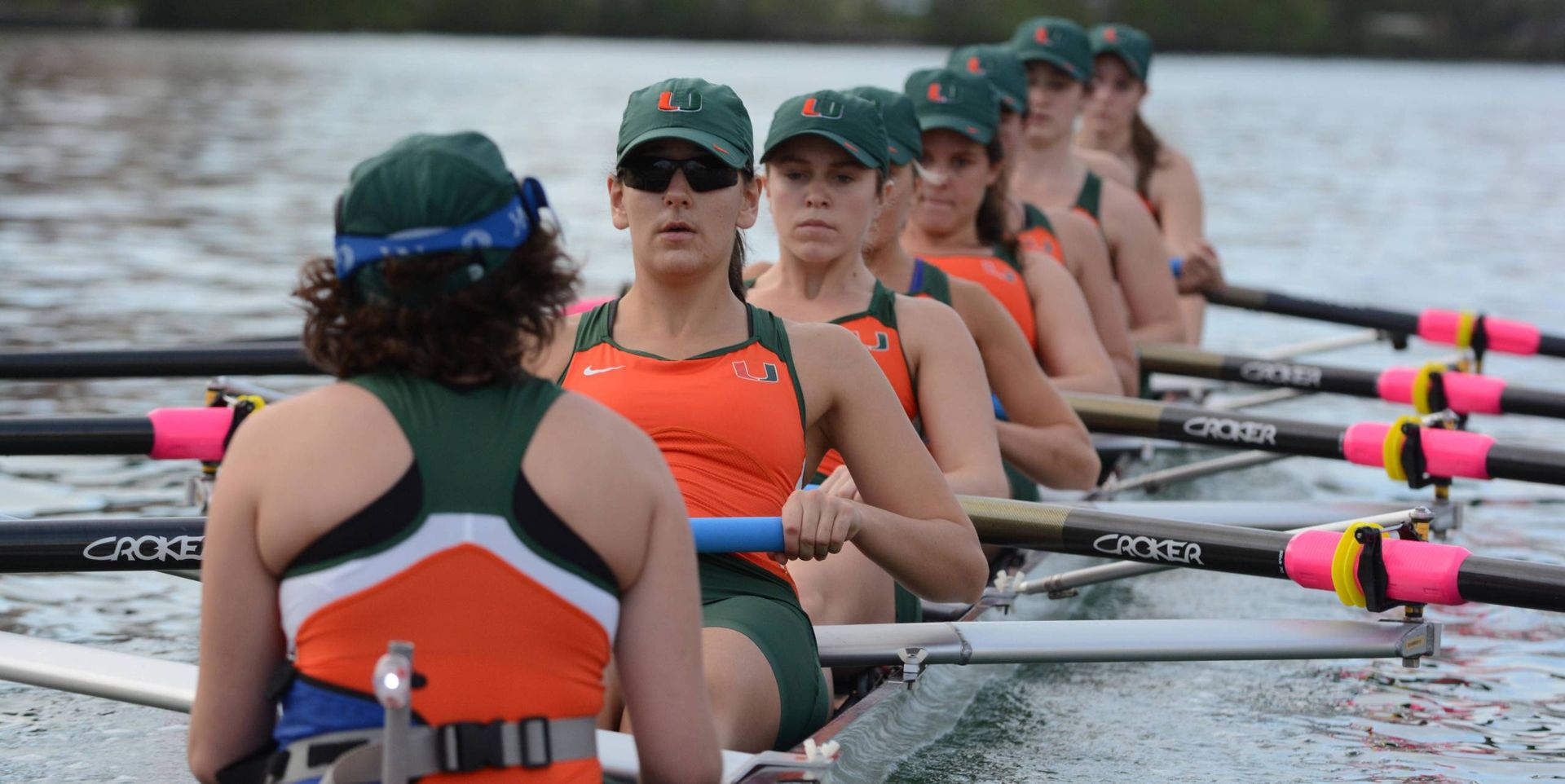 SAN DIEGO — The University of Miami women’s rowing team will look to continue its solid start to the 2014 season at one of the biggest regattas in the country.

Coming off a bye week, the Hurricanes travel to San Diego this weekend to compete in the San Diego Crew Classic. Miami, who opened the 2014 season with a sweep in head-to-head racing against UConn on March 21, will race on Mission Bay in San Diego on Saturday morning.

“We are excited to go San Diego,” Miami head coach Dave Sanderson said. “Travelling to California and racing on the West Coast is always a fun trip for the whole team and a productive one in terms of racing against different schools and learning about our own racing.”

A year ago, Miami had a successful trip to San Diego. The Canes’ 1V8+ finished first in the Grand Final to claim the Cal Cup. This year, Miami’s top boat will move up a level and compete for the Jessop-Whittier Cup. Miami’s 2V8+ will look to bring home the Jackie Ann Stitt Hungness Trophy.

“The varsity boat is going to have a good challenge in front of them to race in that next level event,” Sanderson said. “We expect some very strong, very serious competition and we are looking to see where we are.”

“The 2V has been having some strong practices and they’re excited to race, as well,” Sanderson said. “They have a little bit bigger field in their event. They have a few more schools to race against and are looking forward to the challenge.”