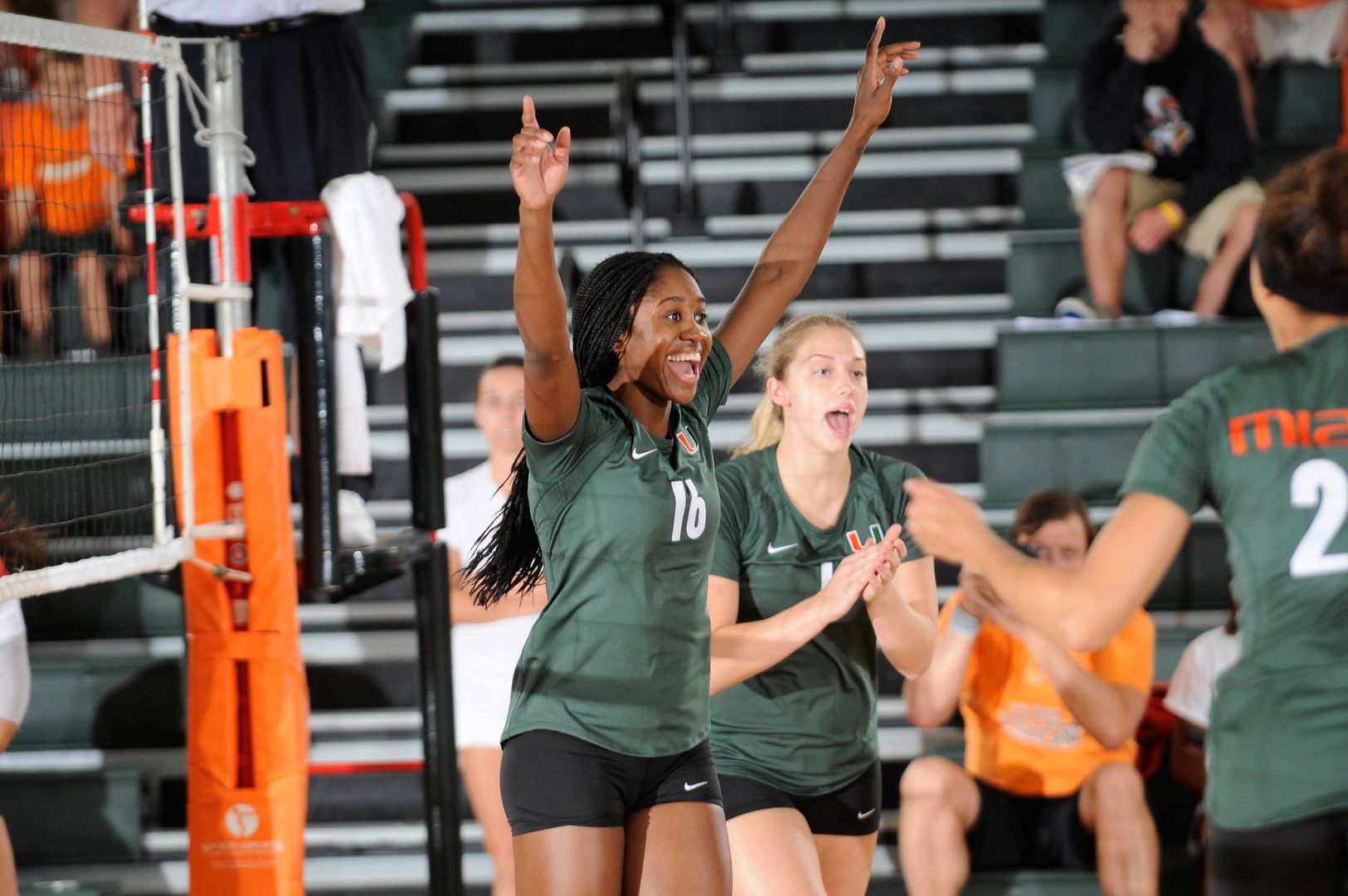 CORAL GABLES, Fla. – In one of its more dominatingperformances of the season, the University of Miami volleyball team took careof Wake Forest in three sets on Sunday at the Knight Sports Complex. Sophomoremiddle blocker Emani Sims continued her strong play with 14 kills on the day,bringing her weekend total to 32.

UMwon by set scores of 25-11, 25-17 and 25-15 to improve to 12-3 on the seasonand 4-1 in the Atlantic Coast Conference, while Wake Forest dropped to 6-10 and0-4. The 43 points allowed were the fewest permitted this season by the Canes,playing in their second of seven broadcasted matches this season (ESPN3).

“Itwas nice to really come out and be ready to play today,” head coach NicoleLantagne Welch said. “We did a nice job with our serving and passing to getthem out of system and give us a chance to run all of our options offensively.”

Sims,who totaled 18 kills against Duke on Friday, followed with a match-high 14 inthree sets today. She hit at a career-high .722 clip with just one error in 18total attempts, as the Hurricanes had their best hitting percentage against anACC opponent this season (.433).

“Theblocking today was a testament to how well we served,” Lantagne Welch continued.”That got them out of position and our blockers stayed disciplined to make theplays.”

Juniorlibero Ryan Shaffer notched 14 digs to bring her total to 265 for the season,while senior setter Nrithya Sundararaman had 34 assists (568 for the season).

Ina match that saw just two lead changes on the day, Miami went on a 19-4 run towin the first set after the score was tied at six. The second was more of thesame, with UM never falling behind and running away after starting up 11-4. Thematch was won with the Canes hitting .522 in the third.

Miamiwill look to continue its 12-match home winning streak next weekend withcontests against NC State and North Carolina on Friday and Sunday at the KnightSports Complex.