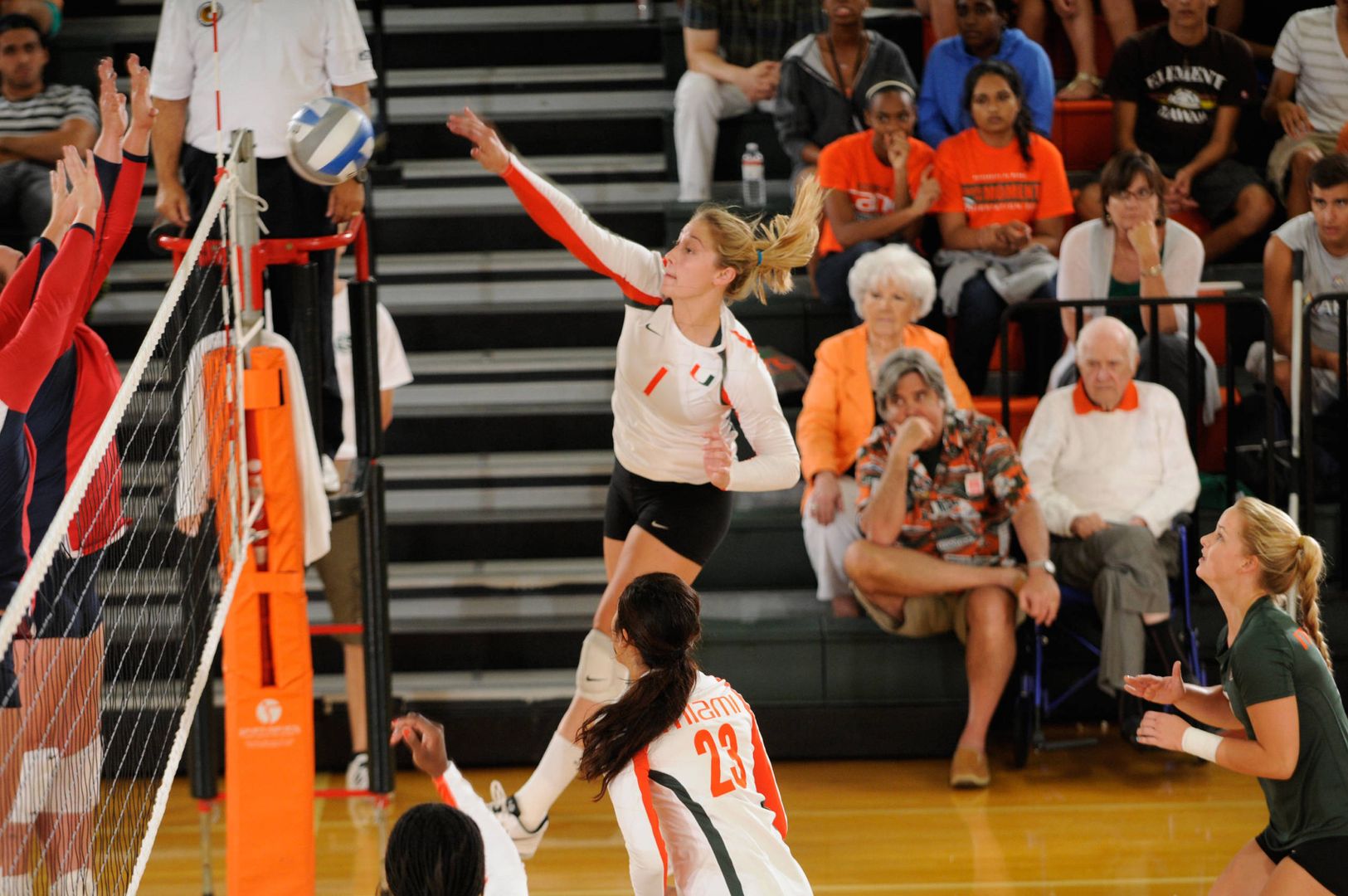 BLACKSBURG,Va. – The University of Miami volleyball team sufferedits first conference loss of the season on Sunday, falling at Virginia Tech,3-0, inside Cassell Coliseum. Coming into the match, the Canes had won theprevious eight meetings against the Hokies.

On Sunday, junior right side Alex Johnson led theHurricanes with a match-high 12 kills on a .346 hitting percentage. SophomoreSavanah Leaf also hit double-digit slammers with 10 on the afternoon.

Junior libero Ryan Shaffer had 11 digs as UM out-dugVT by the count of 48-46. However, the Hokies had a hitting percentage of .256compared to .181 by Miami.

Jordan Fish had 38 assists to pace the Virginia Techattack.

The Canes will return home on Friday to take on Dukein another ACC match. UM has won 10 straight at the Knights Sports Complex and21 of the last 22.