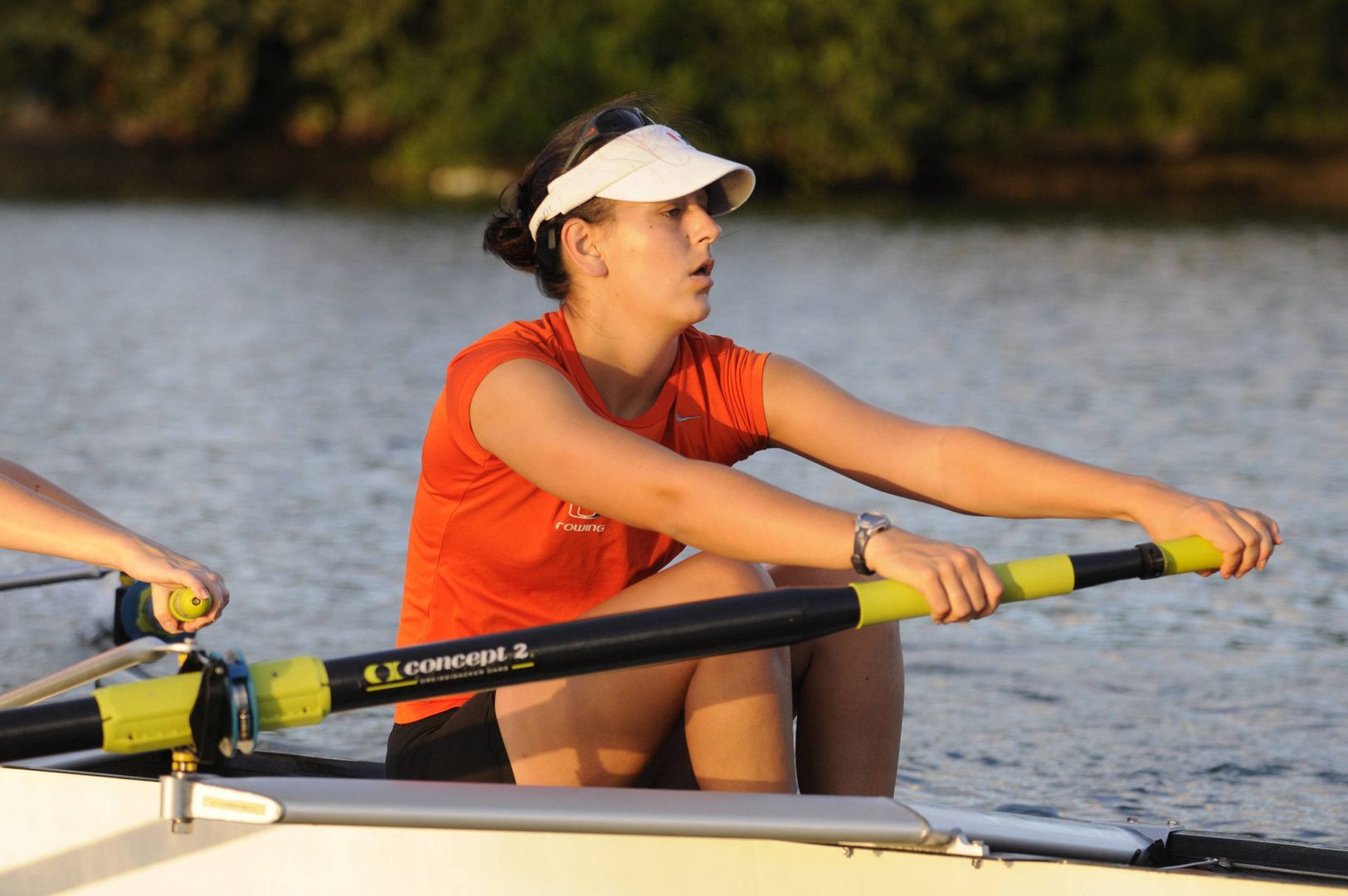 GREENSBORO, N.C. – Three members of the University of Miami rowing team were named to the All-Atlantic Coast Conference Academic Team, the league office announced this week. Freshman Hannah Hawks, sophomore Breanna Hayton and junior Kata Horvath earned the honor after recording at least a 3.0 grade point average in the winter semester and maintaining at least a 3.0 career GPA.

Hawks, a native of Mooresville, N.C., was named the ACC Freshman of the Year at the ACC Championships in April as a member of the 1V boat. She is majoring in Communications/Broadcast Journalism at UM.

Hayton, an Aerospace Engineering major, picked up her second academic honor this year, as she was also named a Collegiate Rowing Coaches Association Scholar-Athlete. The sophomore was a member of the All-ACC Team after a successful season and is originally from Victoria, British Columbia, Canada.

Horvath was also a member of the All-ACC Team and earns a spot on the All-ACC Academic Team for the second straight year. A native of Gyor, Hungary, the Marine Science major held down the seventh-seat position on the 1V crew.

Click here for the complete release from the ACC.