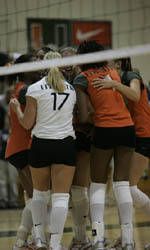 The Honor Roll is comprised of those student-athletes who participated in a varsity-level sport and registered a grade point average of 3.0 or better for the full academic year. A league record 2,236 athletes were honored for their hard work in the classroom this past year.

The University of Miami placed 126 student-athletes on the list in their inaugural season in the league.