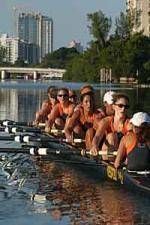 “Saturday I saw more passive racing,” said head coach Debra Morgan. “But they had a great race on Sunday. I was really satisfied with their performance. They found a new level of intensity. I’m excited to see how our varsity eight is developing.”

“Our varsity eight was only two seconds behind UCF and they were 14 seconds behind them at the Hurricane Invitational. It shows that we are going in the right direction. They did better than expected in a more competitive field. They rose to the occasion.”

Earlier Sunday morning, Miami’s junior varsity eight competed in the Petite final of the Women’s Junior Varsity Eight regatta, where they crossed the finish with a time of 7:12.53 for fourth place. Oregon State finished in first with a time of 7:04.50, followed by Tennessee (7:07.35) and Notre Dame (7:11.55). Sacramento State (7:13.63) and Kansas State (7:16. 28) finished fifth and sixth, respectively.

“Our JV eight also had a good race,” noted Morgan. “It was exciting to see how they held their own with the top JV crews in the nation.”

“Both crews showed up ready to perform today and gave the best performances that they could.”

The Hurricanes return to action Saturday, April 9th when they travel to Tampa for the Florida Intercollegiate Rowing Association (FIRA) Championships.