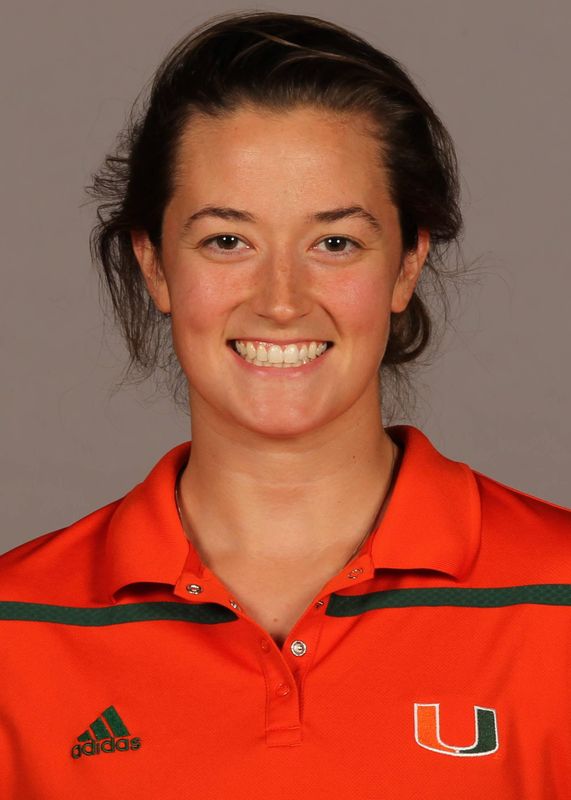 Briana Pittman joined the Hurricanes as an assistant coach in August of 2015.

“I am thrilled to welcome Briana to the UM Rowing staff,” Sanderson said. “The candidate pool was quite large and experienced, but Briana quickly rose to the top of the group. She had great success as a collegiate athlete and leader at Wisconsin and she has quickly developed as a successful coach at the club and collegiate level.  She has tremendous passion and knowledge for our sport and I am certain she will have a positive impact on our squad as we work to develop greater depth and more speed.”

Pittman comes to the University of Miami from Bucknell University where she spent spent two years as an assistant coach. While at Bucknell, she coached the first ever women’s freshman eight to Dad Vail Gold. Pittman has also coached the women’s varsity four and lightweight four to Dad Vail silver along with a second place finish at the Patriot League Championships in the varsity four.

During the summers of 2014 and 2015 Pittman was the head women’s U23 coach at Vesper Boat Club. While at Vesper, Pittman’s crews won back-to-back USRowing Club National Titles for the women’s points trophy. In the summer of 2015 Pittmann coached the U23 lightweight double to the U23 World Championships in Plovdiv, Bulgaria.

Prior to her coaching career, Pittman rowed at the University of Wisconsin for four years and was elected team captain her senior year. During her college career, she acquired four Big Ten Medals and was part of the first-ever Big Ten Championship team in Wisconsin history. She placed second in the Varsity 4+ at the NCAA Championships, marking the highest nationally placing boat in the history of Wisconsin rowing. In 2010, she was a member of the Varsity 8+ that placed 10th at NCAAs, resulting in a seventh-place overall team finish, which was the highest the team has ever finished at NCAAs. Pittman was an assistant coach in 2011 to the women’s freshmen team at Wisconsin and was the student boatman for the Wisconsin program.

A Pittsburgh, Pa., native, Pittman began rowing the summer before her freshman year at North Allegheny High School. She has two silver medals from the Stotesbury Cup Regatta, along with a bronze medal in the quadruple sculls at the USRowing Youth Invitationals. She placed in the top 15 internationally and top 10 nationally at the C.R.A.S.H.-B. World Indoor Rowing Championships. In 2006, Pittman was chosen to be a member of the United States Junior National Team, competing in the quadruple sculls in Amsterdam, the Netherlands.