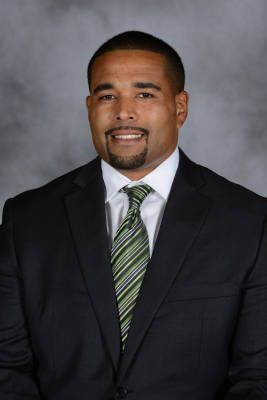 Demetreus Darden joined the University of Miami as Assistant AD / Academic Services & Director of Football Academics in the Summer of 2014. In his role, Darden is the primary academic counselor for the Hurricane Football program.

Prior to UM, Darden spent eight-plus years at the University of Pittsburgh, where he provided academic support for student-athletes on the football, cross country and track & field programs. As academic counselor, he advised student-athletes on scheduling classes, choosing majors and career paths, and helped develop their short and long-term goals. His many responsibilities also included ensuring that student-athletes were meeting all University and NCAA academic eligibility standards, which he also does at Miami.

A 2002 graduate of Kent State University, Darden has also served at Carnegie Mellon University and Kent State University-Trumbull. A member of the National Association of Academic Advisors for Athletics, he received his Master of Education from Pittsburgh in 2015. Darden, a native of Farrell, Pa., and his wife, Monica, have one daughter, Lincoln.