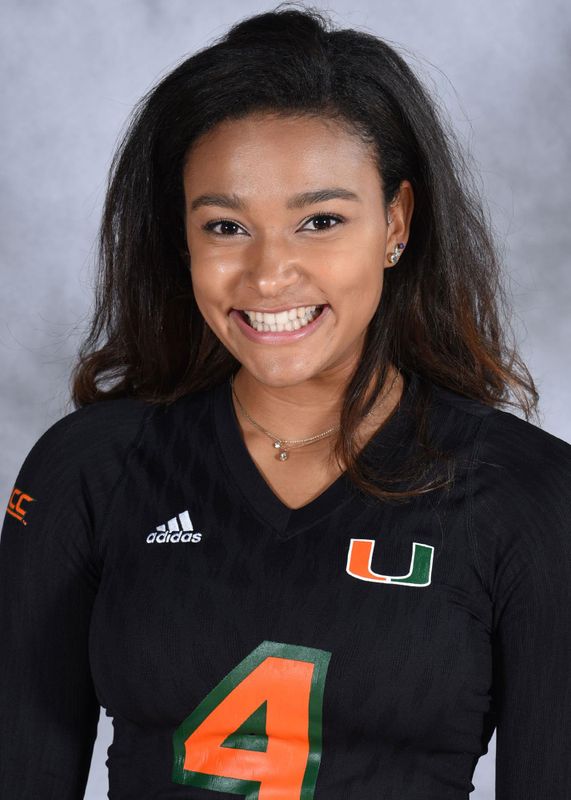 High School:  As team captain of Southridge High School Brown led the school to it’s first ever 6A State Championship, while earning the Oregonian’s Player of the Year, First Team All State (MVP), Oregon Gatorade Player of the Year, 2018 Nike Oregon Sports Awards, Female Athlete of the Year (Finalist) and Nike Oregon Sports Awards – 2018 Prep Volleyball Player of the Year. A four-letter winner in high school, Brown averaged 5.36 kills on .364 hitting and 4.18 digs in 276 sets for the Skyhawks. She also accumulated 174 service aces and 52 blocks in her high school career. Those statistics earned her three Team MVP honors, three West Valley League First Team appearances and two conference Player of the Year awards. Brown captained Southridge to the OSAA State Tournament in her junior and senior years, earning First Team recognition both times before signing off on a high note as the Tournament MVP in 2017. She was a 4-year first team All-Team honoree, served as the captain for three years, was the 2017-18 Metro League Player of the Year and the OSAA State Player of the Year… Brown was a high school All-American in 2017  in Oregon… Championed the 2016 and 2017 Seaside Beach Tournament in doubles and quads… Was named to the All-Tournament Team at the Emerald City Classic in 2014 and 2016… Earned a silver medal at the USA HP Championship in 2015… Earned high Honorable Mention in Prepvolleyball’s 2015 Soph 79 for the top best high school sophomores and was the 2014 USA Volleyball Jr. Beach Tour U14 Champion in Portland, Ore.