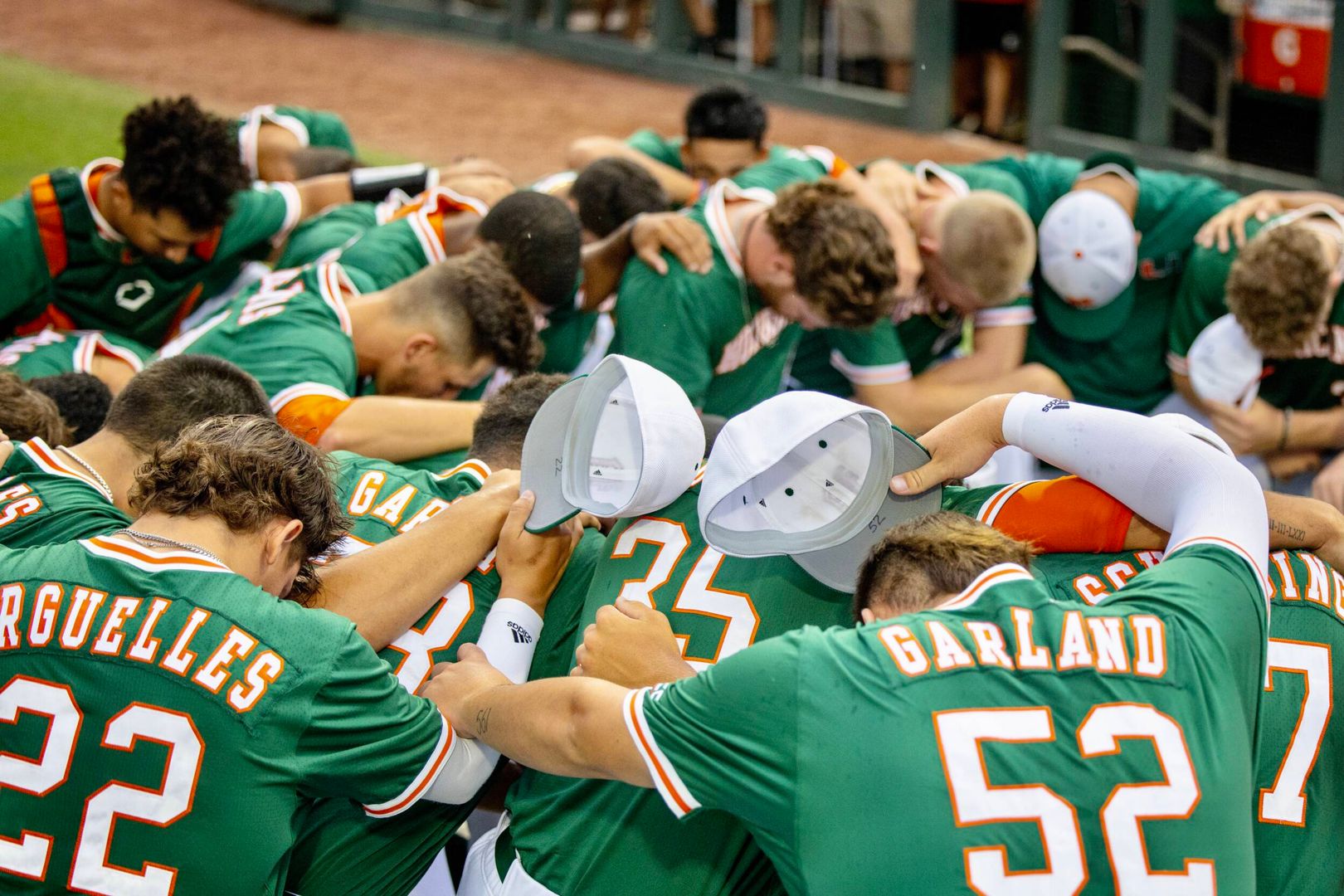 CORAL GABLES, Fla. — For the first time all season, No. 9 Miami was held scoreless, falling to No. 14 Notre Dame, 5-0, in front of a sold-out crowd Friday night at Alex Rodriguez Park at Mark Light Field.

“Notre Dame is a good team with a very good pitching staff,” Miami head coach Gino DiMare said. “The guy who started today was frustrating because he’s a guy who we seemed to get a lot of 3-2 counts, which was great in favor of us, especially early in the game, we just couldn’t capitalize. We had some taxing at-bats, we got his pitch count up a little bit there, but he’s kind of an odd guy. The ball was all over the place, good breaking ball—curveball, slider—and mixed his pitches. We had a chance there at the end, but we have to turn the page.”

The Hurricanes loaded the bases and put the tying tally in the on-deck circle, but Notre Dame right-hander Alex Rao got the final out to even the series.

The Irish smacked three home runs, bookending a two-run blast in the fifth inning with solo shots in the second and eighth, respectively.

“I thought he threw well, just a few pitches here and there that I’m sure he wished he had back,” DiMare said. “I’d like to see him right out of the gate, be sharp and on point. He probably threw a little bit too much to his arm side.”

The Hurricanes wrap up their 2022 regular season slate with a rubber game against the Irish Saturday.

“Winning a series would be a big confidence booster, especially against a team like Notre Dame that’s highly ranked,” DiMare said. “It can only benefit us winning this series in so many ways. We’re still in a very good place. We have an opportunity to win the series and put ourselves in a very good position going into the ACC Tournament.”