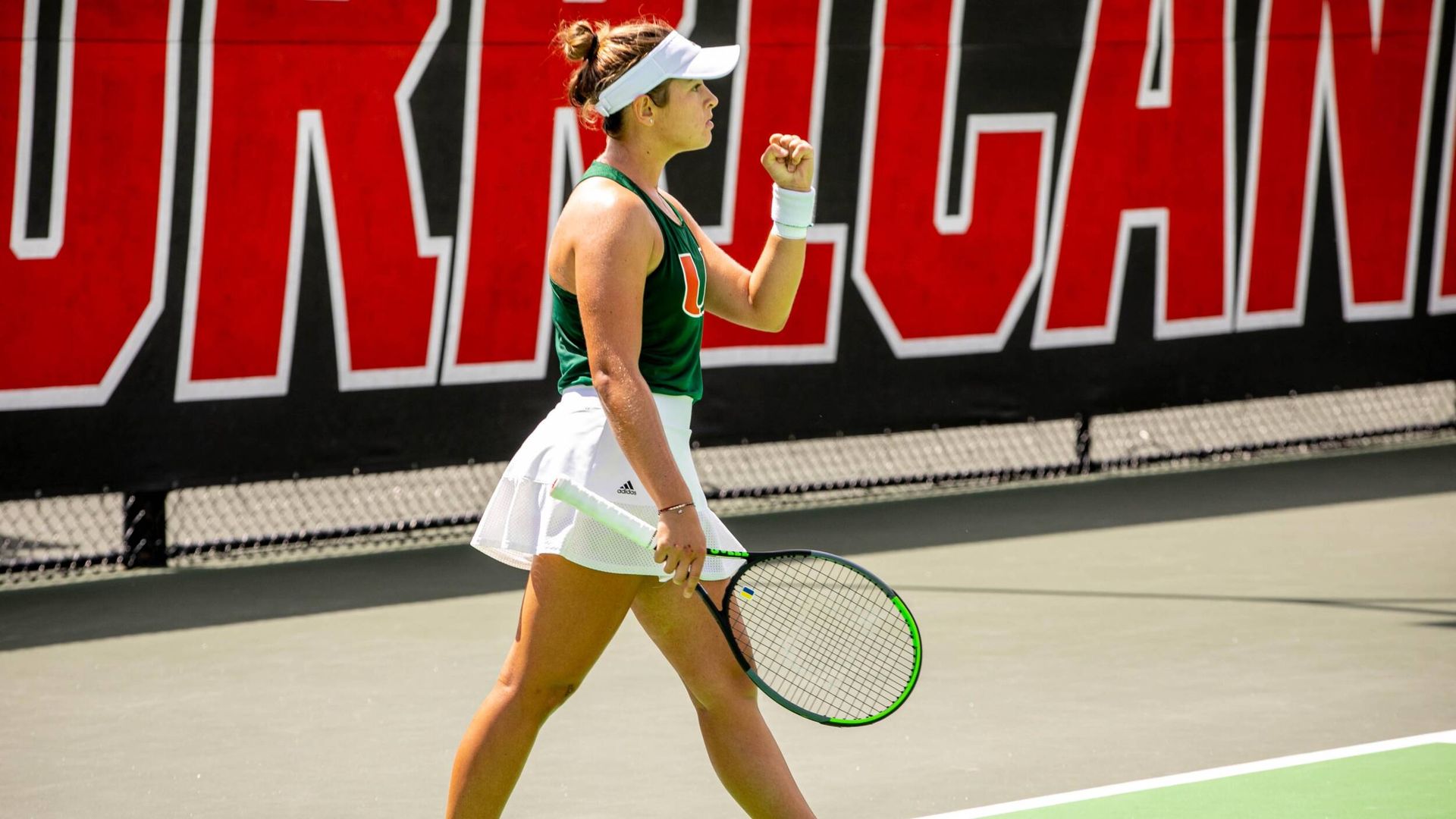 The Hurricanes clinched the other two matches within the span of two minutes. First third-year sophomores Diana Khodan and Maya Tahan, ranked No. 72, sealed the opening point with a 6-2 decision against Victoria Allen and Kianah Motosono.

The other match was played out, with Miami’s fourth-year junior Daevenia Achong and fifth-year senior Eden Richardson needing just two more points to win. The nation’s No. 16 pair got them, winning at deuce, to take a 6-4 result from Anna Arkadianou and Petra Hule.

No. 112 Pfennig upped the advantage to 3-0 by defeating Olympe Lancelot, 6-2, 6-2. Not long after, the Hurricanes sealed the match.

Khodan earned the Hurricanes’ clinching point by registering a 6-1, 6-4 decision versus Motosono. The remaining matches were all played out, with two of them going to Miami.

In the last contest of the day, Boch-Collins finished off a 6-3, 7-5 victory over Arkadianou to make it a 6-1 final score.

Up next for Miami is a trip to Blacksburg, Va., where it takes the court Friday at 3 p.m. against Virginia Tech.