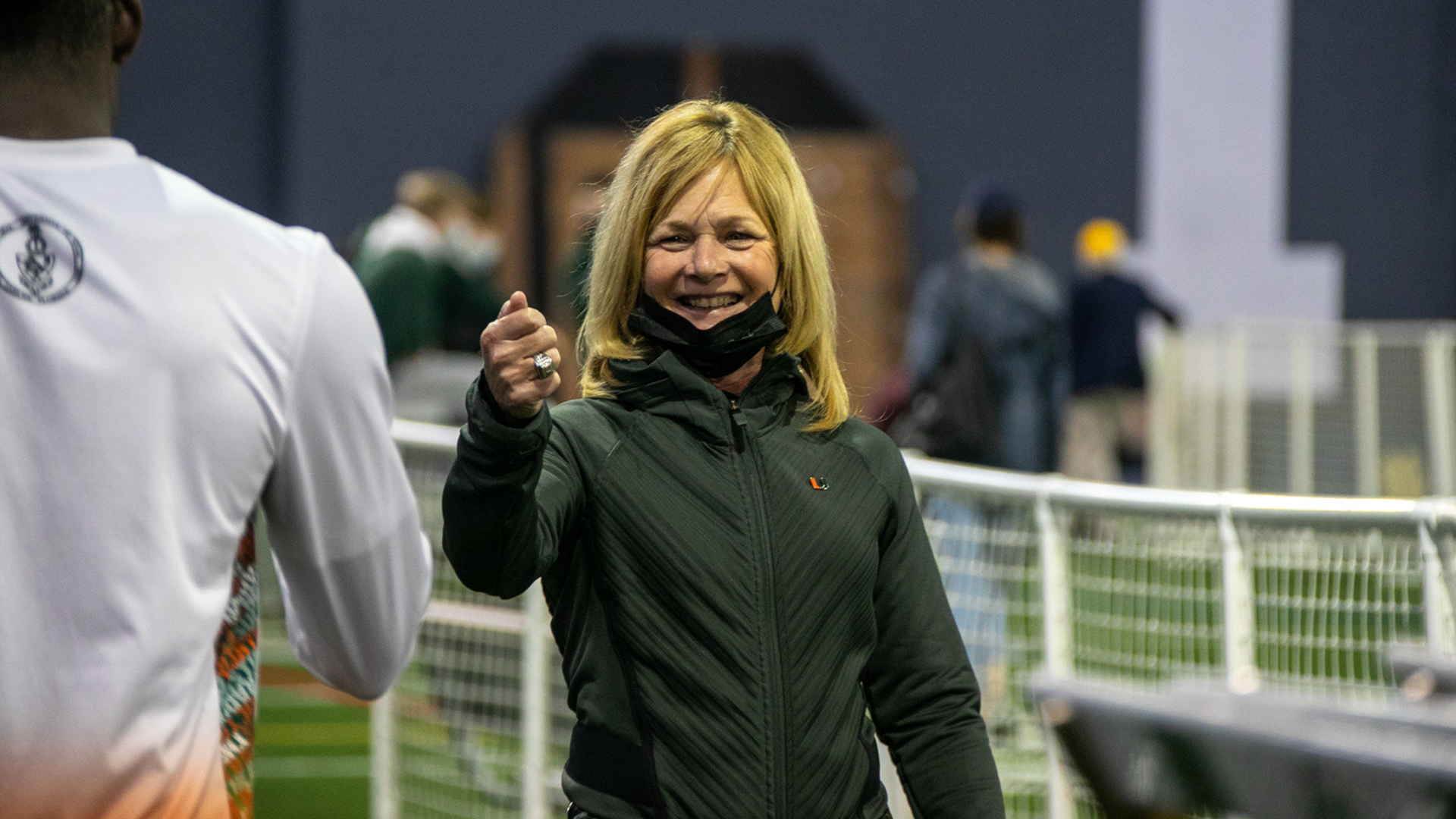 CORAL GABLES, Fla. – The University of Miami and director of track and field and cross country Amy Deem have agreed to a five-year contract extension, Vice President/Director of Athletics Dan Radakovich announced Thursday.

Deem, one of the most decorated track and field and cross country coaches in the country, is currently in her 33rd season in Coral Gables. After joining the Miami staff in 1990 as the head women’s coach, Deem became just the sixth woman to oversee both the men’s and women’s track and cross country programs at a Division I school in 2008.

“Amy is synonymous with track and field success at the collegiate and Olympic level, and we are thrilled to have her continue to mold young men and women into champions here at Miami,” Radakovich said.

Since Deem took the reins of the program, the Hurricanes have ranked among the nation’s leaders with more than 140 All-Americans and 18 national champions. Miami has also combined for 115 individual ACC champions and eight team conference championships with Deem at the helm of The U.

“I want to thank Dan Radakovich for the opportunity to continue to lead such an incredible group of student-athletes at the University of Miami,” Deem said. “I am honored to keep doing what I love at a University that holds a special place in my heart. I have had the privilege to mentor and lead hundreds of student-athletes over the last three decades. I am excited for the opportunity we as a staff have to continue to improve on the success we have had and look to compete for conference and national championships in the future.”

Under the tutelage of an eight-time ACC Coach of the Year, Deem’s student-athletes have garnered 17 ACC yearly awards and 353 All-ACC honors. For their work in the classroom, Miami has notched 123 All-ACC Academic Team selections.

Deem has also made her presence felt on the international stage as the head women’s track and field team coach for Team USA at the 2012 Summer Olympic Games in London. The American women won 14 medals under her direction, including six gold, four silver and four bronze. She has helped coach three former UM student-athletes – Murielle Ahoure, T’erea Brown and Lauryn Williams – to an Olympic appearance.