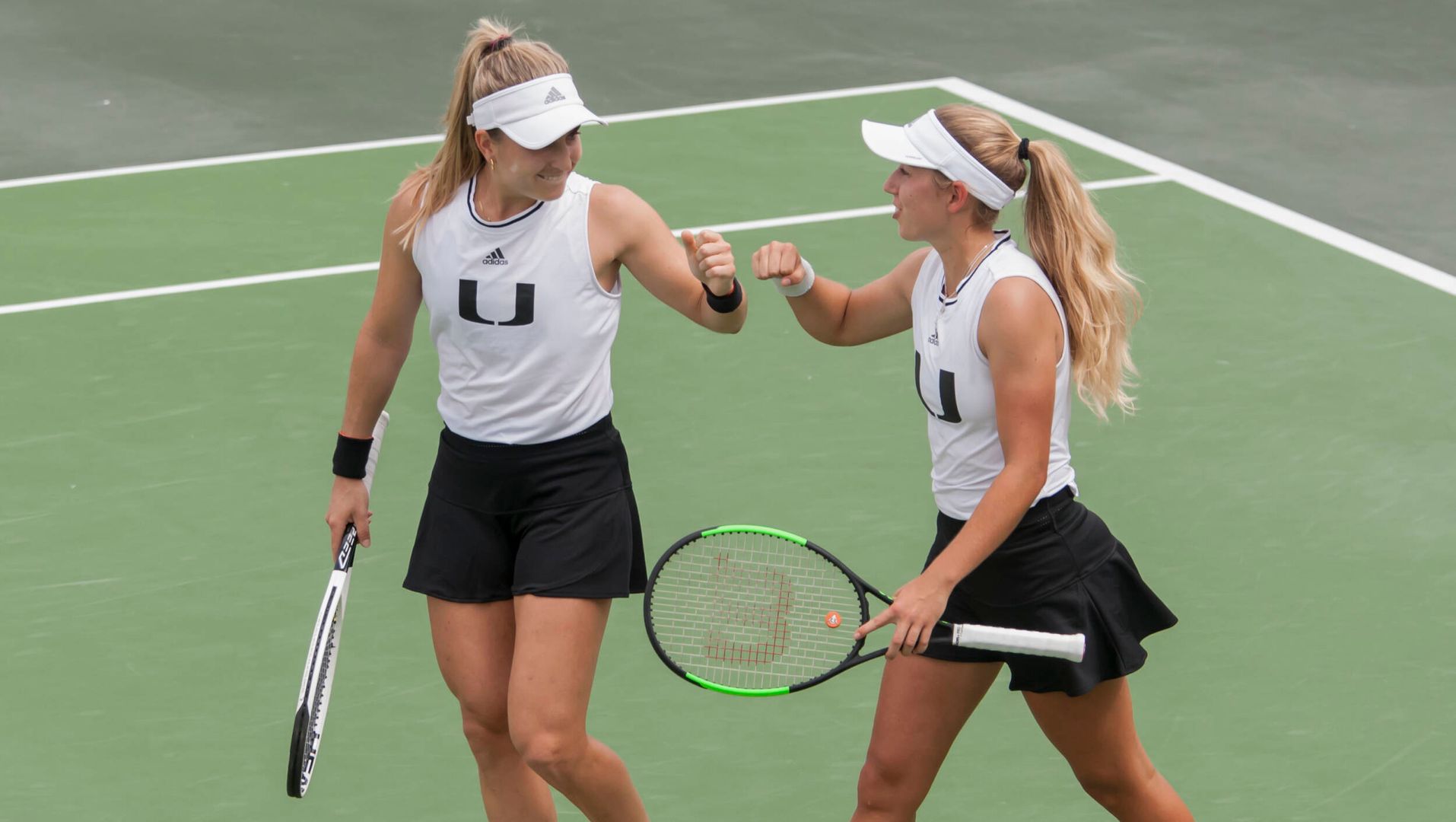 Despite a two-hour weather delay before play started at the Neil Schiff Tennis Center, No. 35 Miami (7-5, 4-3 ACC) turned in an impressive showing to log its second sweep of the season. Fifth-year senior Estela Perez-Somarriba, who posted a milestone win in the victory, helped lead the Hurricanes to the sweep in their conference home opener.

“You get a team like this [from a cold climate] outside on a day like this—honestly, I told the girls before the match our goal is try to get every one of these,” Miami head coach Paige Yaroshuk-Tews said. “…That’s a solid team, so I think that’s going to help our confidence moving forward.”

The Hurricanes leveled the doubles tally behind a 6-4 victory from third-year sophomore Daevenia Achong and second-year freshman Florencia Urrutia over Julia Andreach and Yashna Yellayi.

With all eyes focused on Court 1, Perez-Somarriba and freshman Isabella Pfennig fought off multiple match points while trailing, 4-5, to keep Miami alive. They then took each of the next two games to seal a triumph over No. 19 Cameron Corse/Page Freeman, 7-5, giving the Hurricanes a 1-0 lead.

The victory marked the first collegiate top-20 doubles win for Pfennig and the third for Perez-Somarriba, matching the second-highest-ranked pair she has defeated.

“We knew they were a little tricky in doubles, having a lefty at every position,” Yaroshuk-Tews said. “We knew to expect them to be a little bit tricky with good volleys and a good transition game. I think … at one and three, we handled it well. We did the job well.”

Miami won all three singles matches it needed within the span of a minute. First, Pfennig completed a 6-2, 6-1 victory over Freeman to double the Hurricanes’ edge.

Seconds later, second-ranked Perez-Somarriba topped No. 109 Corse, 6-1, 6-1. It marked the 150th singles triumph of her illustrious career, making her just the fourth player in ACC history to reach that mark.

“I’ve said this for a long time, it’s tough to put into words what she does every day. She’s a special kid and she has brought so much to this program,” Yaroshuk-Tews said. “I don’t think unless you actually come out and watch her and see it up close do you have the appreciation for how hard this is, what she does, and how hard she works to get a number like that. I’m super happy for her.” 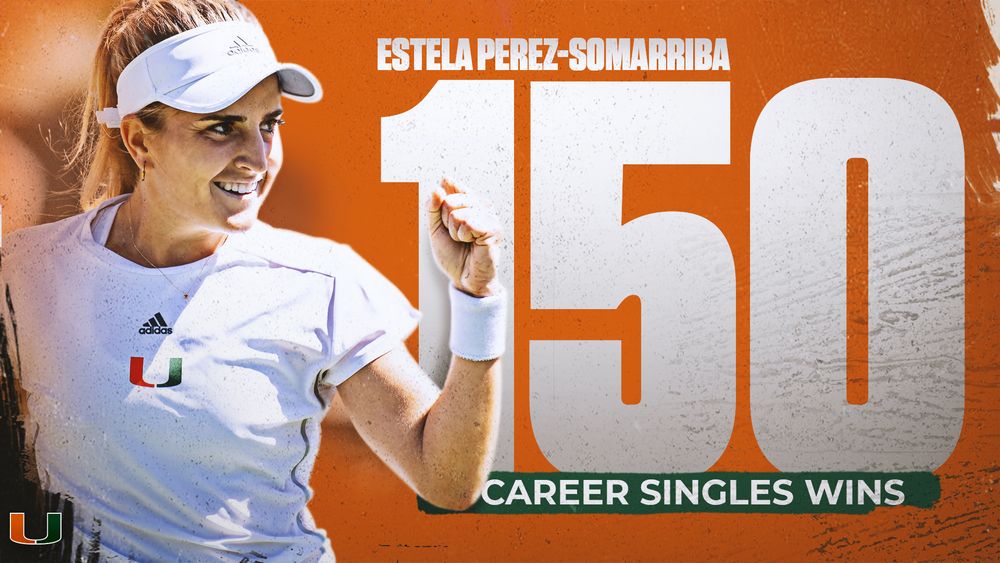 Moments after Perez-Somarriba completed her landmark win, No. 87 Achong finished off a dominant 6-0, 6-1 win against Bojczuk to clinch Miami’s victory.

The remaining three matches were all played out, with Miami taking each of them. The first such triumph came from Khodan, who defeated Yellayi, 6-1, 6-2.

The result from Urrutia sealed the 151st shutout win of Yaroshuk-Tews’ 20-year tenure at the helm of the Miami program, including the 94th since 2009.

Miami is back in action Sunday at noon, as it is scheduled to play Louisville in their third of seven straight home matches.