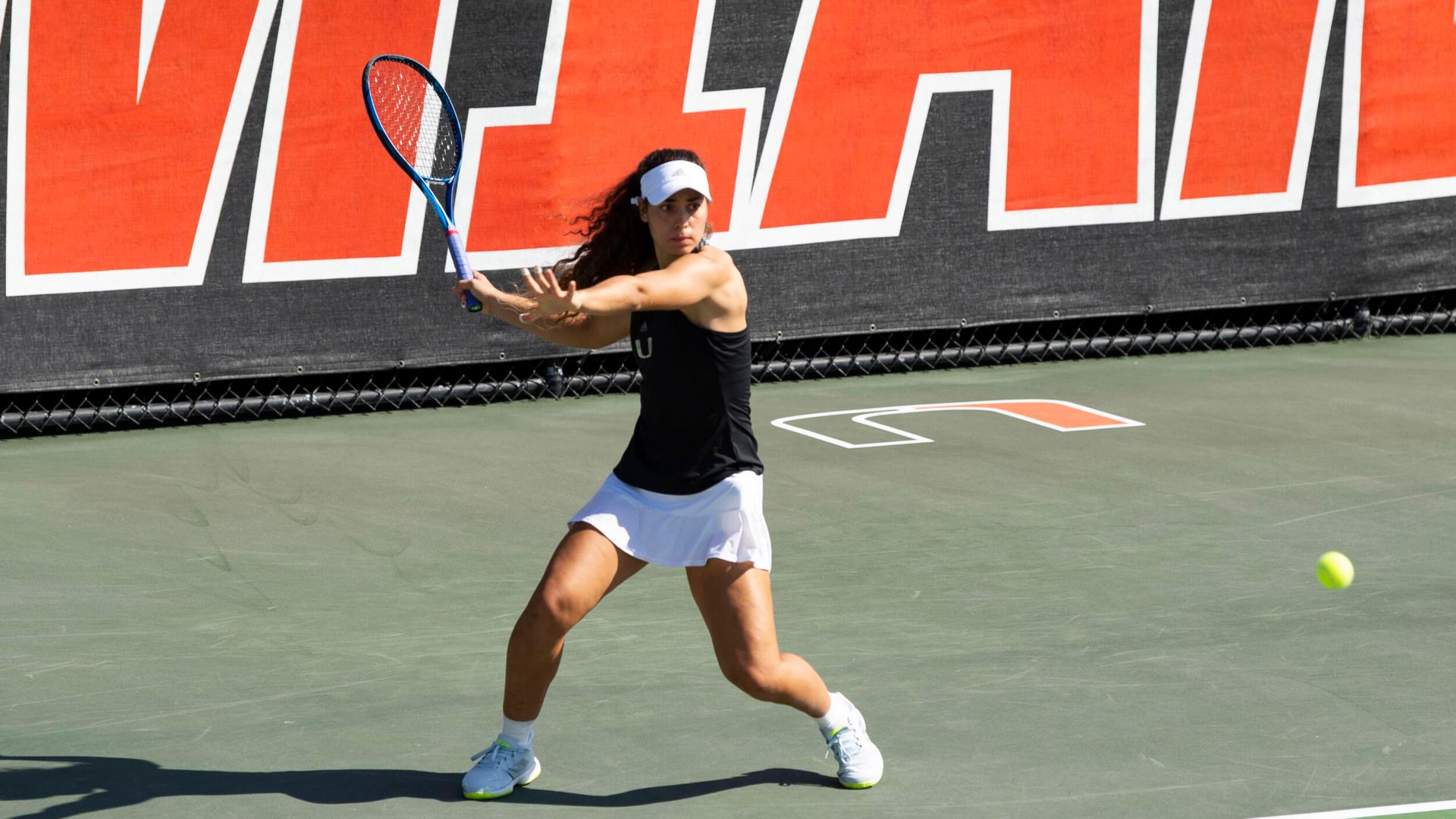 “I think everybody was excited to be home,” Miami head coach Paige Yaroshuk-Tews said. “I honestly think, on a few courts, the balls looked a little flat coming off the strings. That’s kind of normal when you’re coming from indoors back to outdoors on a hot, windy day. But I think as matches went on, things improved a little bit.”

Second-ranked Perez-Somarriba cruised on her way to logging Miami’s first singles win, as she notched a 6-2, 6-1 victory over Pellicer.

Pfennig, in her home debut, posted an unblemished first set and then held on in the second to make it a 3-0 advantage behind a 6-0, 6-4 triumph against Boy.

“Stela and Bella are leading the way at one and two,” Yaroshuk-Tews said. “Bella is just playing some clean tennis. She doesn’t look like a freshman out there. We’re constantly working on things, and she’s absorbing and implementing them. It’s nice to see.”

Urrutia provided the clinching point for the Hurricanes, running their winning streak to three in a row, when she wrapped up a 6-4, 6-1 decision over Eveleyne Tiron.

With the victory, the Hurricanes upped their all-time series record against USF to 43-3, their most wins versus any foe, including 20-2 at home.

Miami continues its homestand Friday at noon when it welcomes No. 47 Notre Dame to the Neil Schiff Tennis Center.