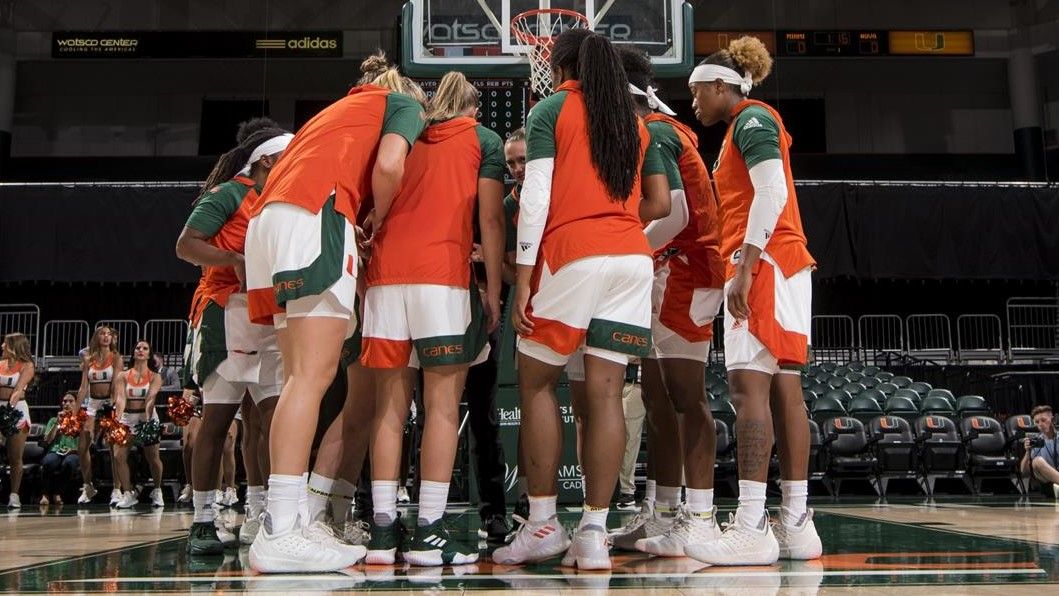 CORAL GABLES, Fla. – The University of Miami women’s basketball team is set to start its 2018-19 campaign Tuesday night at its crosstown foe, FIU.

No. 25/24 Miami, ranked in both major polls to open the season for the second time in three years, will take on the Panthers at 7 p.m. at Ocean Bank Convocation Center.

The action is set to be televised on ESPN+ HERE, as well as carried live on WVUM 90.5 FM HERE. Live stats for the matchup will be available HERE.

This will be the 59th time the Hurricanes square off with Panthers, putting FIU in sole position as Miami’s most common opponent. The Hurricanes hold a 36-22 lead in the series, giving Miami more wins against FIU than any other team.

Miami has won each of the past four contests against FIU, including a 77-69 home victory in last year’s season opener on Nov. 10, 2017.

The Hurricanes, picked fifth in the ACC by the league’s coaches and sixth by the Blue Ribbon Panel, are coming off a 91-67 home triumph over Nova Southeastern in their exhibition game Oct. 29.

Following its matchup at FIU, Miami returns home to the Watsco Center to take on Stephen F. Austin in its Preseason WNIT opener, Nov. 9 at 11 a.m.